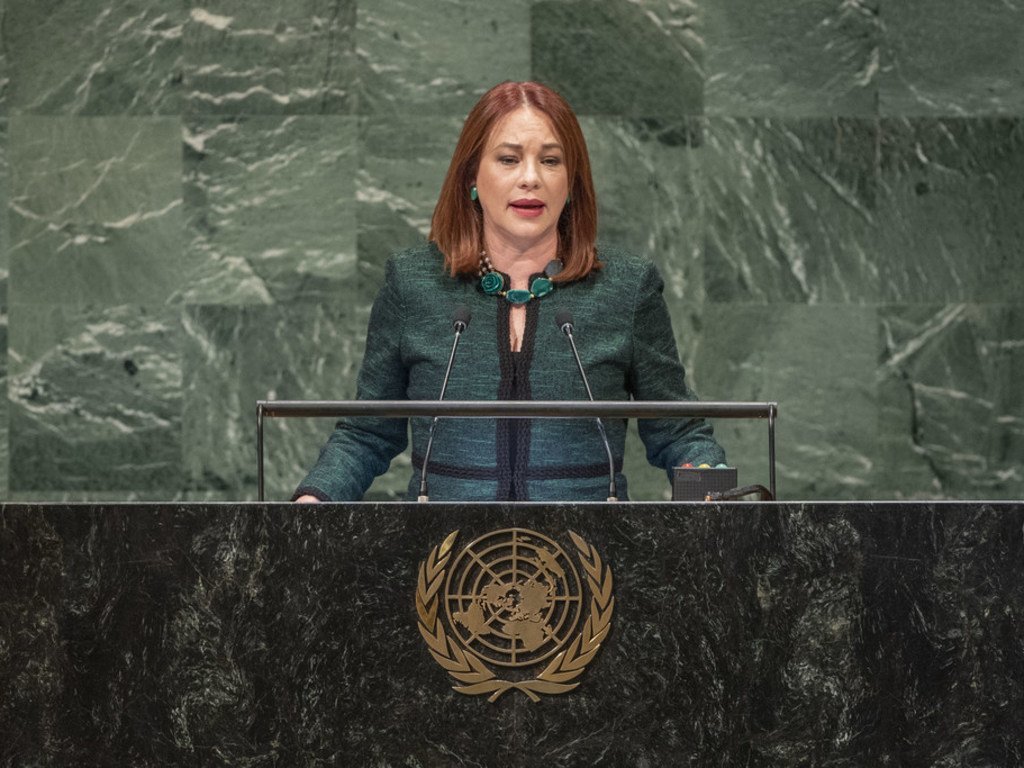 Ms. Espinosa, the President of the General Assembly, affirmed on Tuesday that the contribution of the United Nations to humanity has been immense, citing the principles that govern the international coexistence emanated from the forum she leads.

“The reality is that the work of the United Nations remains as relevant as it was 73 years ago. Multilateralism is the only possible answer to the global problems we face. Weakening or putting it in question only generates instability and bewilderment, distrust and polarization,” she said.

Around the world, millions of people are suffering from violence, war, want and the effects of climate change.  For those millions, uncertainty and fear are their daily lot.  Their crushed dreams and lack of any hope in the future is exploited by some to further divide communities, stirring up racism, xenophobia and violence.  “No one can be indifferent to human suffering.  Wars, conflicts, economic crises and environmental degradation affect us all equally,” she stated.

Ms. Espinosa said that as the world becomes more interconnected, global dialogue and multilateral responses can tackle many of those issues, proposing that UN Member States take up the multilateral agenda with a renewed commitment.

“I invite you to be inspired by the Andean millennial principle of the minga, which refers to collective construction and shared work, to achieve a benefit for the community. Let us then make a global minga for the construction of more peaceful and egalitarian societies, more sustainable and resilient,” she declared.

Turning to the Assembly’s priorities for the coming years, she said cited gender equality and women’s empowerment; the implementation of the global pacts on migration and refugees; the creation of decent work opportunities for all; and environmental protection and compliance with climate change mitigation agreements.

She also noted strengthening the political commitment with people with disabilities; the revitalization of the UN; and the role of young people in conflict prevention.

Ms. Espinosa called for more attention to be paid to the needs of the most vulnerable countries, so that they can reach the Sustainable Development Goals (SDGs) and ensure respect of human rights.

Finally, she urged leaders gathered in the Assembly to live up to the needs of the people and to build a more peaceful, secure and humane world order that guarantees the dignity of the people.

“Let us then build a United Nations that is more relevant to all people,” the Assembly President concluded.

♦ Receive daily updates directly in your inbox - Subscribe here to a topic.
♦ Download the UN News app for your iOS or Android devices.
multilateralism|General Debate 73