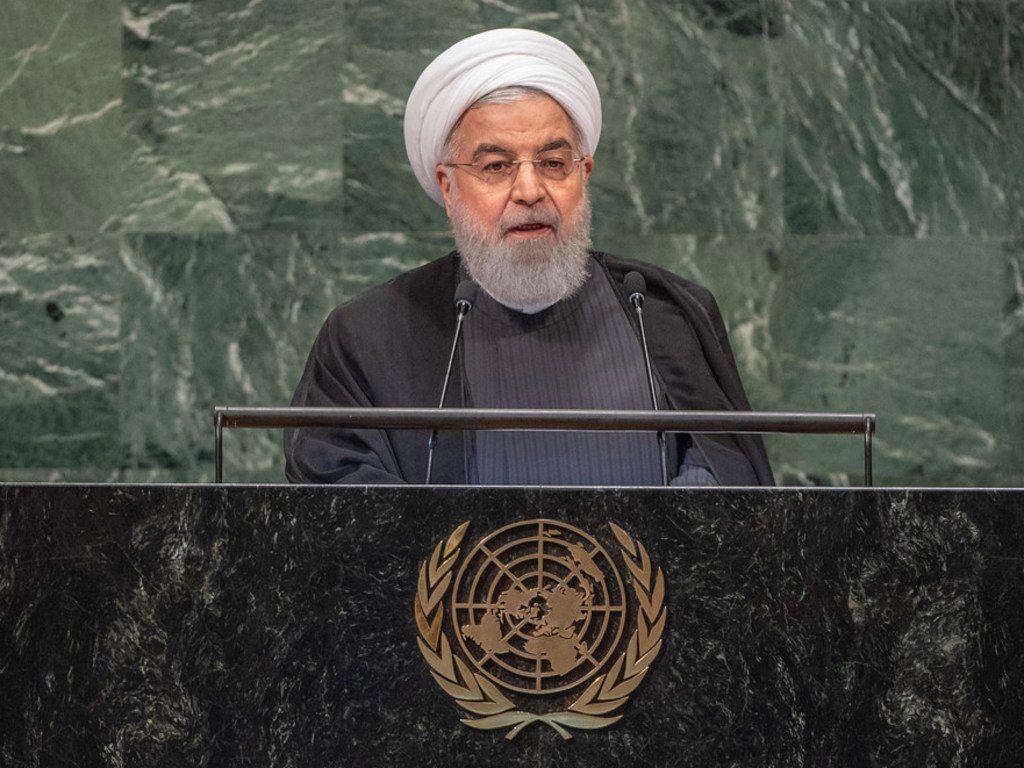 In a speech to the United Nations General Assembly’s annual general debate, delivered hours after President Trump from the same podium accused his country of spreading “chaos, death and destruction” in the Middle East, Mr. Rouhani said it was unfortunate that international leaders trampled international law and encouraged extremist, racist and xenophobic tendencies, “not far from Nazism”.

In particular, he said it was preposterous that such leaders would be convening on Wednesday of a high-level meeting of the Security Council devoted to the non-proliferation of weapons of mass destruction.

The United States, “at least the current administration,” seemed determined that international institutions will be paralyzed, Mr. Rouhani said. He lamented the recent withdrawal of the United States from the Joint Comprehensive Plan of Action (JCPOA), in defiance of international law and the obligations of Mr. Trump's predecessor.

The JCPOA – reached by Iran, China, France, Germany, Russia, the United Kingdom, the US and the European Union – sets out rigorous mechanisms for monitoring restrictions placed on Iran’s nuclear programme, while paving the way for the lifting of UN sanctions against the country.

He praised, however, the “united and categorical” position of the international community vis-à-vis the US withdrawal and recalled that the Plan of Action had been unanimously endorsed by the Security Council in its resolution 2231 (2015).

Iran had honored its commitments under this Plan of Action, as shown by 12 reports of the International Atomic Energy Agency (IAEA), while the United States has failed to respect its own, under misleading motives, said Mr. Rouhani. He urged the UN to ensure that no State could evade the implementation of its international commitments, before denouncing US threats against countries implementing resolution 2231.

Denouncing US unilateral sanctions, the Iranian President said no nation could be forced to negotiate by force. There is nothing better than dialogue, as long as it takes place in both directions, he said.

“We invite you to return to the bargaining table that you have left. If you do not like this Plan of Action because it is the fruit of your political opponents, then come back to the resolution, return to international organizations, do not impose sanctions,” he said, adding that sanctions and extremism are two sides of the same coin.

The Iranian President said the two sides could still listen. “I'm starting the dialogue right here,” he said, stressing that the UN is not part of the US administration. “The dialogue can be resumed at the same point and by the same person who left the negotiating table”. This requires a cessation of threats, he said.

♦ Receive daily updates directly in your inbox - Subscribe here to a topic.
♦ Download the UN News app for your iOS or Android devices.
iran|General Debate 73