A United Nations report out Wednesday revealed the poor maritime connectivity continues to keep smaller and weaker economies from reaching world markets, highlighting the need for evidence-based improvements to trading systems and procedures to address these challenges.

“Planning and forecasts can be significantly improved if data on maritime transport networks are included in the relevant policy processes, such as negotiating trade deals and transport infrastructure development plans,” said Mukhisa Kituyi, the Secretary-General of the UN Conference on Trade and Development (UNCTAD), in a news release announcing the findings.

These obstacles also further widen the rift between the best- and worst-connected countries, added the news release, calling for increased interconnectedness between national, regional and intercontinental liner shipping services.

“In many countries, domestic shipping services for [transport of goods] are protected from foreign competition. Such market restrictions can lead to unnecessary inefficiencies and a loss of maritime connectivity,” it noted.

Explaining the benefits, Shamika N. Sirimanne, the Director of the Technology and Logistics Division at UNCTAD said: “Fostering competition among ports is important to ensure that port operators maximize efficiency and pass on efficiency gains to their clients.”

UNCTAD research also revealed that four in five trading country-pairs do not have a direct connection between them which in turn leads to lesser trade between them.

“A key question for trade and transport analysts is whether there are no direct connections between the two countries because there is not enough demand, or […] because the two trading partners are not well connected,” highlighted Jan Hoffmann, the Chief of the Trade Logistics Branch at UNCTAD. 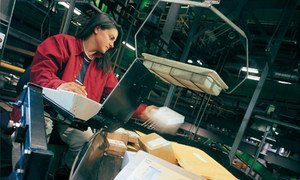