IMO
A cargo ship at the port of Ningbo, China.

Maritime trade is stronger than it’s been for five years, but “tit-for-tat” tariff battles and restructuring by shipping companies threaten to disrupt its role as a key player in global commerce, the UN said on Wednesday.

The warning from UNCTAD, the UN Conference on Trade and Development, follows a “healthy” four per cent increase in global seaborne commerce in 2017.

“While the prospects for seaborne trade are positive, these are threatened by the outbreak of trade wars and increased inward-looking policies,” UNCTAD Secretary-General Mukhisa Kituyi said. “Escalating protectionism and tit-for-tat tariff battles will potentially disrupt the global trading system which underpins demand for maritime transport.”

According to the Review of Maritime Transport 2018, 10.7 billion tonnes of goods were transported last year and nearly half were dry bulk commodities. These include iron ore bound for China, which is described as the “main factor” in recent global shipping growth.

This positive trend is forecast to continue at a rate of 3.8 per cent by volume, until 2023, the UNCTAD report says.

This is above the 3.5 per cent average recorded between 2005 and 2017 and it is likely to be driven by the transport of dry bulk commodities at the expense of tanker transportation. The share of overall volumes being carried by tankers (oil and other fluids) has dropped from more than 50 per cent in 1970, to less than 33 per cent in 2017.

Overshadowing this positive outlook are concerns about trade tensions between China and the United States - the world’s two largest economies – and to a lesser extent, uncertainty in commercial relations between Canada, Mexico, the US and the European Union.

“Escalating trade frictions may lead to a trade war that could derail recovery, reshape global maritime trade patterns and dampen the outlook,” the report’s authors say.

Other factors driving uncertainty include the global energy transition, highlighted by slowing crude oil shipments from Organization of Petroleum Exporting Countries (OPEC).
This has been partly offset by near double-digit growth in shipments of natural liquefied gas – to nearly 300 million tonnes - in 2017 – with Asia driving demand.

UNCTAD/Jan Hoffmann
Freight ship off the Democratic Republic of São Tomé and Príncipe.

Among the report’s other findings, is the confirmation that developing countries – which supply most workers in the sector - continue to account for most seaborne trade, both in terms of imports and exports.

In total, they accounted for around 60 per cent of total trade last year.

By contrast, developed countries saw their share of goods unloaded and loaded, go down, with both representing around one-third of the total.

One of the key drivers of change in seaborne trade has been restructuring by major shipping companies, which have seen “unabated” mergers and acquisitions.

According to the report, by June this year, the top 10 shipping lines accounted for more than 70 per cent of all seaborne trade, while just three alliances control 93 per cent of capacity, on the three major East-West container routes.

Some of these negative outcomes may already be in effect, it says, citing a decrease in the number of operators in several Small Island Developing States (SIDS) and structurally-weak developing countries. 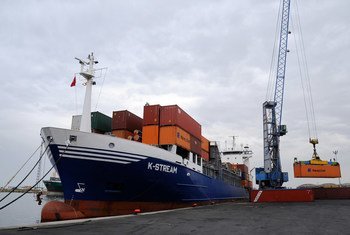 A United Nations report out Wednesday revealed the poor maritime connectivity continues to keep smaller and weaker economies from reaching world markets, highlighting the need for evidence-based improvements to trading systems and procedures to address these challenges. 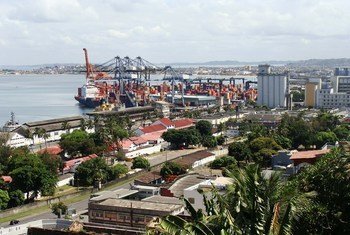