Universal Postal Union (UPU)
Between 2011 and 2014, global deliveries of small packets and parcels by Posts worldwide increased by some 48 per cent.
2 October 2017
Economic Development

The report acknowledges that information and communications technologies (ICT), electronic commerce and other digital applications are helping a growing number of small businesses and entrepreneurs in developing countries to connect with global markets and open up new ways of generating income.

“Effective national and international policies are needed to make sure the gains are spread evenly across as well as within countries,” said Mukhisa Kituyi, the Secretary-General of the UN Conference on Trade and Development (UNCTAD), which authored the Information Economy Report 2017: Digitalization, Trade and Development.

“We at UNCTAD are excited by the transformational power of digitalization, but we must recognize that the Internet is not a panacea,” Mr. Kituyi stated in a press release.

The world's top four companies by market capitalization are all closely linked to the digital economy: Apple, Alphabet (Google), Microsoft and Amazon.

The digital economy is expanding fast in developing economies. China and India accounted for nearly 90 per cent of the 750 million people who went online for the first time between 2012 and 2015, according to data from the UN International Telecommunication Union (ITU).

The report says that productivity gains from digitalization, however, may accrue mainly to already wealthy and skilled individuals. Winner-takes-all dynamics are typical in Internet platform-based economies, where network effects benefit first movers and standard setters.

In countries of the Organization for Economic Cooperation and Development, where the digital economy has evolved the most, growing use of ICT has been accompanied by an increasing income gap between the rich and poor.

The report also states that the policy challenge depends on countries' readiness to engage in and benefit from the digital economy, with the least developed countries the least prepared. To ensure that more people and enterprises in developing countries have the capacity to participate effectively, the international community will need to expand its support.

UN Secretary-General António Guterres stressed that harnessing the power of information and communications technologies can be one of the keys to the achievement of global development goals.

At the same time, large parts of the developing world remain disconnected from the Internet, and many people lack access to high-speed broadband connectivity.

“Policymaking at the national and international levels needs to mitigate the risk that digitalization could widen existing divides and create new gaps,” he said.

♦ Receive daily updates directly in your inbox - Subscribe here to a topic.
♦ Download the UN News app for your iOS or Android devices.
sustainable development goals 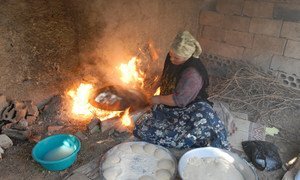 Noting that the world economy in 2017 “is picking up but not taking off,” a new United Nations trade and development report has cautioned against fiscal austerity and harnessing finance to support job creation and infrastructure investment.