“It is my deep belief that it is essential to restart a serious and credible political process of negotiation aiming at that objective – the two-state solution – as it is also important to create conditions on the ground to improve the situation of Palestinian populations,” Mr. Guterres said at a press conference in Ramallah after meeting with Palestinian Prime Minister Rami Hamdallah.

“A two-state solution that will end the occupation and, with the creation of conditions, also the suffering even to the Palestinian people, is in my opinion the only way to guarantee that peace is established and, at the same time, that two states can live together in security and in mutual recognition,” Mr. Guterres said.

He said that Israel's settlement activity represented a major obstacle to the implementation of the two-state solution although there are other obstacles.

The UN chief also expressed a concern about the humanitarian situation in the Gaza Strip, and pledged to support the effort towards creating conditions for a unified Palestinian leadership both in West Bank and Gaza.

To a question about Israeli Prime Minister Benjamin Netanyahu's latest comments on settlements in West Bank, Mr. Guterres said “it is clear that there is a disagreement on that matter.”

“We believe that settlement activity is illegal under international law […] it is an obstacle to the two-state solution,” he added.

VIDEO: At joint press conference in Ramalla, Secretary-General António Guterres says the two-State solution is the path to peace in the Middle East. Credit: UN News 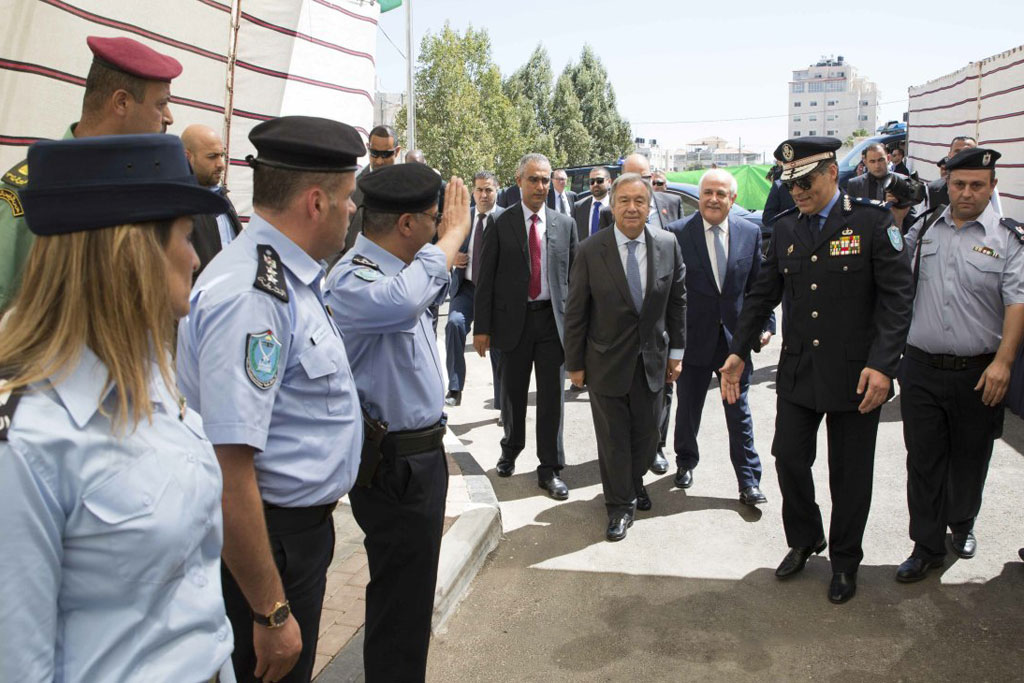 Secretary-General António Guterres arrives at the One Stop Centre for survivors of violence in Ramallah, Palestine. Photo: UN Photo/Ahed Izhiman 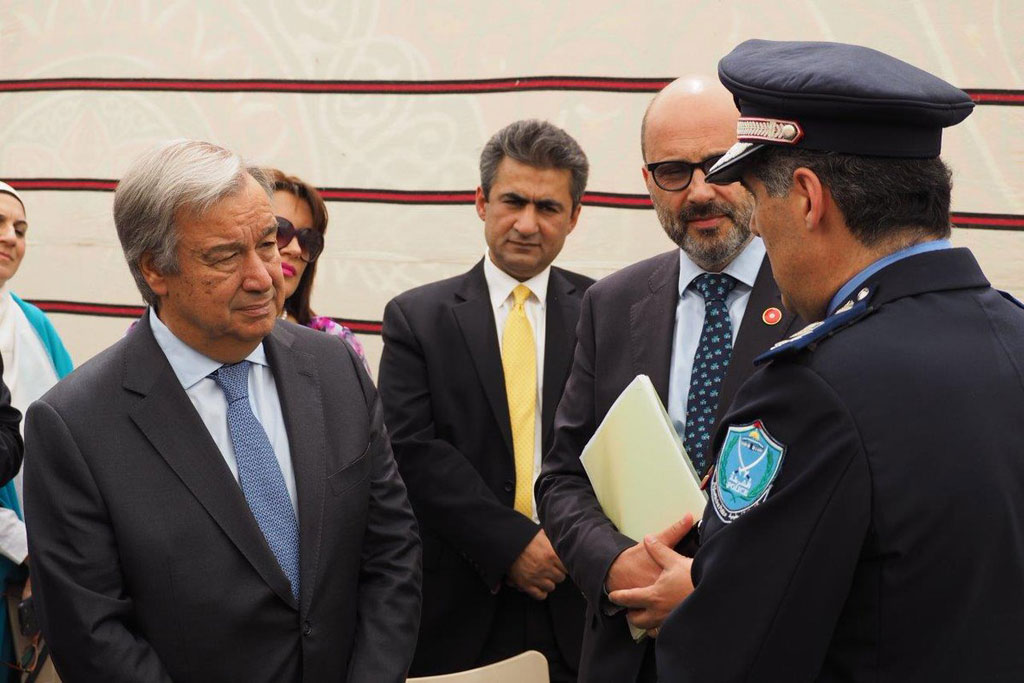 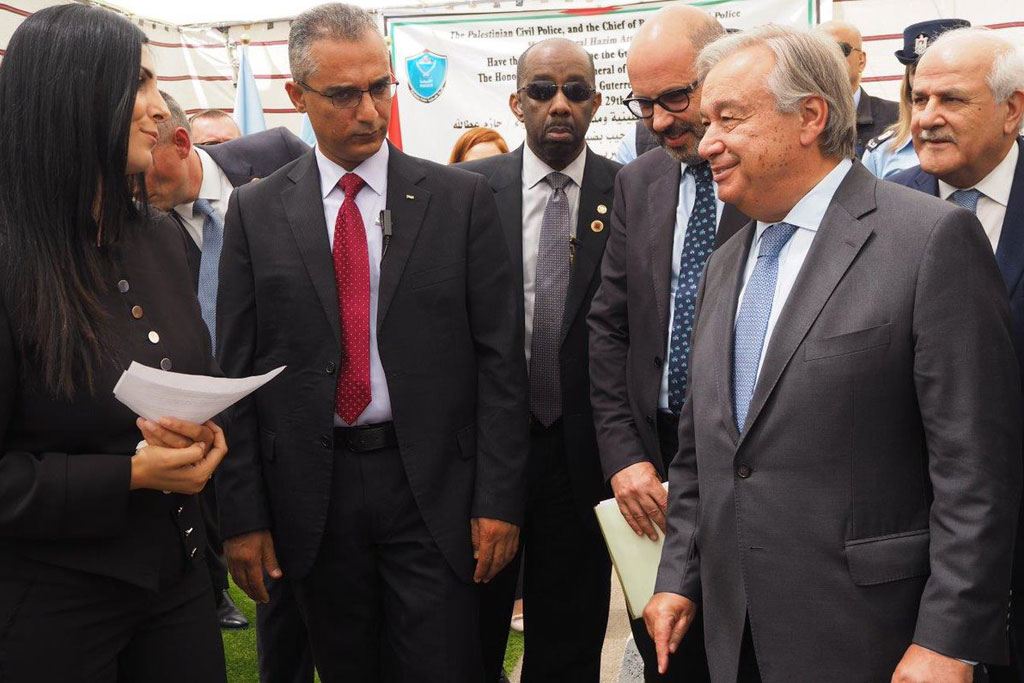 “When visiting this museum, there are of course many emotions and many feelings, but the most important of them is the feeling of the suffering of the Palestinian people,” Mr. Guterres told reporters.

For many years, in different capacities as Prime Minister of Portugal and as president of an international political organization, he has closely followed the peace process, in its hopes and frustrations, he said.

“I have a dream, a dream to see in the Holy Land two states: A Palestinian state and an Israeli State, living together in peace and security, in mutual recognition and allowing for this kind of suffering not to be possible anymore,” the Secretary-General stated.

Since its establishment, the centre, with the support of UN Women, UN Development Programme, and the UN Children’s Fund, has already assisted more than 400 women and juvenile survivors of violence.

Reiterating his commitment to fighting anti-Semitism, United Nations Secretary-General António Guterres today told Israeli Prime Minister Benjamin Netanyahu that he is committed to protecting Israel and its right to exist.