On his first visit to Israel since taking office at the beginning of this year, the Secretary-General met with Prime Minister Netanyahu and other Israeli leaders in Jerusalem.

“I understand the security concerns of Israel, and I repeat that the idea or the intention or the will to destroy the State of Israel is something totally unacceptable from my perspective,” he said.

Calling himself an impartial “honest broker” and a “messenger of peace,” Mr. Guterres noted that Members of the UN are sovereign countries with their own interests, values and convictions.

He added that he has expressed his opposition to the settlement activity in the region, but also noted the terrorism, violence and incitement, as well as the difficulties created by the separation between the West Bank and Gaza.

Speaking alongside Mr. Netanyahu to the press after their meeting, Mr. Guterres disclosed what he said was a long-time dream that the Holy Land be home to two states, with a Jerusalem which is shared by three religions.Also today, Mr. Guterres met with President Reuven Rivlin, whom he told that while the UN will always be “very frank” in the dialogue with Israel, “we will always be very committed to make sure that anti-Semitism doesn’t prevail and that equality in the treatment of all states is fully respected.

Earlier in the day, Mr. Guterres visited Israel's official memorial to the victims of the Holocaust, where he reiterated his commitment to fighting anti-Semitism in all its expressions. 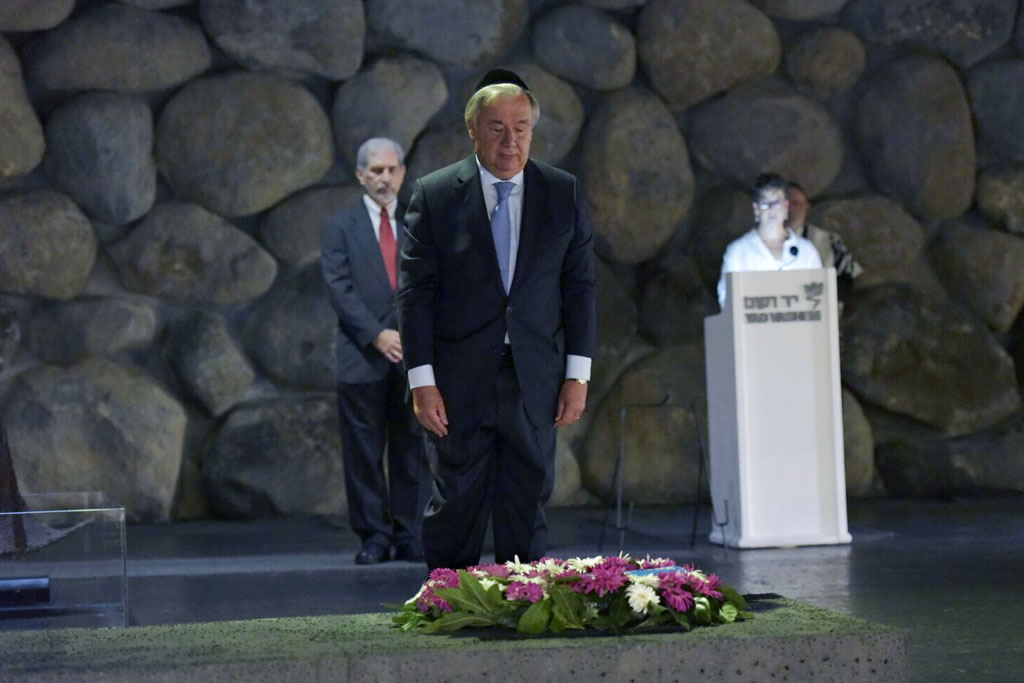 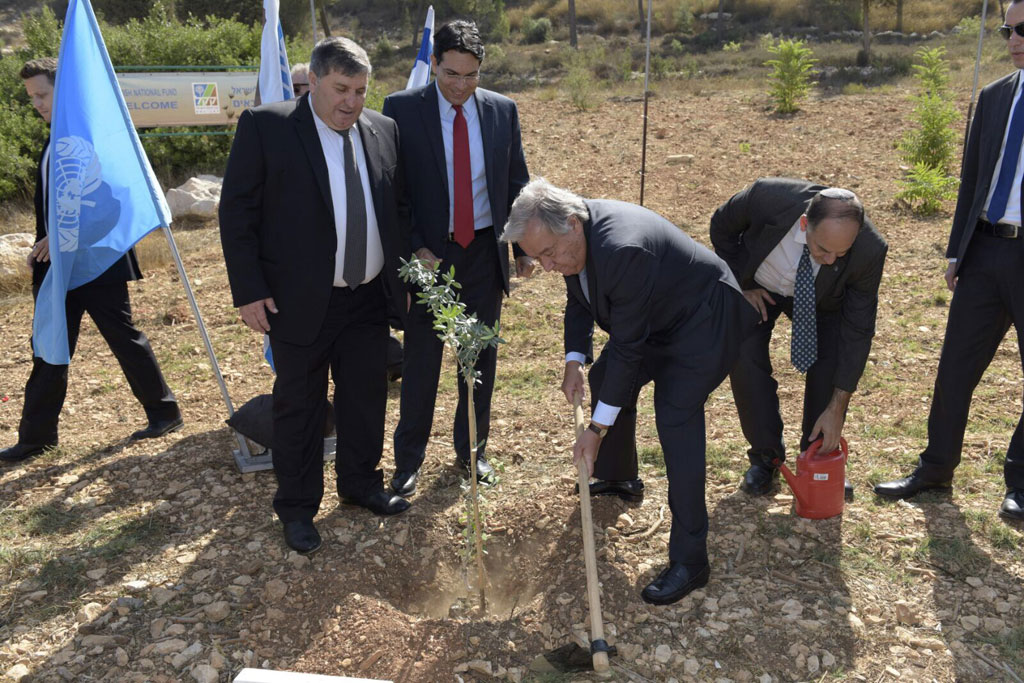 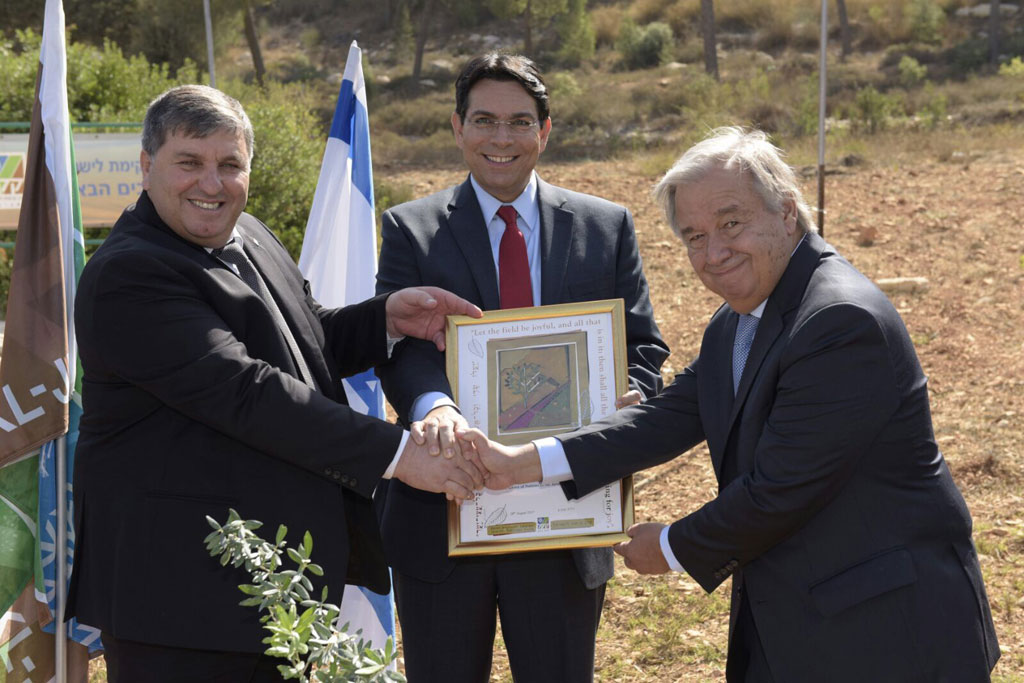 “The Holocaust was not a crazy initiative of a group of paranoid Nazis but it was the combination of millennia, of persecution and discrimination of the Jewish people of what we today call anti-Semitism,” he told the press after touring the Yad Vashem in Jerusalem.

Mr. Guterres said that he had been “shocked” when a few days ago he listened to the chanting of a neo Nazi group in a developed country chanting the slogan of the Nazis – “blood and soil.”

During his three-day visit to the region, Mr. Guterres will meet with Palestine leadership and engage with civil society and university leaders. He is also scheduled to visit a facility run by the UN Relief and Works Agency for Palestine Refugees in the Near East (UNRWA). 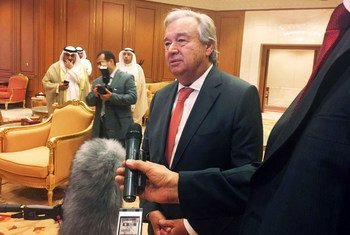 27 August 2017
United Nations Secretary-General António Guterres, on an official visit to Kuwait, expressed gratitude to not only the Gulf country's leadership in humanitarian action, but the “dialogue […] and promotion of understanding Kuwait has shown in relation to all conflicts in the region.”