The Paris Agreement on climate change remains a momentous diplomatic success, universally supported by all countries when it was adopted in 2015 at a United Nations conference, and as of today, it has been ratified by 141 nations, surpassing the threshold for its entry into force.

The countries ambitious and inspiring commitments set out a global action plan to put the world on track to avoid dangerous climate change and shape how our planet will look tomorrow, and what we are going to leave behind for future generations.

The United Nations continues to receive examples of innovative climate action by governments, and over the past few weeks, for example India has announced bans on highly polluting vehicles while new research showed that solar power capacity globally grew 50 per cent in 2016, led by the United States and China.

This governmental momentum continues to be underpinned by companies, investors, cities, regions and territories including now many major oil companies who's CEOs have in recent weeks publicly spoken out in support of the Paris Agreement.

The UN framework support of the world's climate agenda continues to encourage Parties to implement and achieve their aims and ambitions under the Paris Agreement.

Patricia Espinosa Cantellano of Mexico is the Executive Secretary of the UN Framework Convention on Climate Change (UNFCCC). She has more than 30 years of experience at the highest levels in international relations, with a specialization in climate change, global governance, sustainable development, gender equality and protection of human rights.

UN News: Do you see the same momentum and enthusiasm that helped fuel the adoption and entry into force of the Paris Agreement?

We have 141 ratifications, which is really unprecedented for any multilateral treaty like the Paris Agreement

Patricia Espinosa: Definitely. We are in a very fortunate situation since the Paris Agreement was adopted. We have now seen a really long list of countries ratifying the Agreement. As of today, we have 141 ratifications, which is really unprecedented for any multilateral treaty like the Paris Agreement.

Only 16 months after its adoption, to have this really long, long list of ratifying countries from all regions of the world is a very encouraging sign. That means political support at the highest level is there; and not only that but also businesses, groups of civil society, scientists – everybody continues to be very active and engaged with the agenda that arrives from the Paris Agreement.

UN News: And what steps do you see countries taking to implement the Paris Agreement?

Patricia Espinosa: Well, there are different conditions. I think this is such a complex treaty that we need to be very mindful that it depends on the situation in which each country is, and which steps need to be taken. The first step needs to be the ratification. Secondly, we have different kinds of degrees of activity. I would say some countries have immediately gone into transforming their Intended Nationally Determined Contributions into Nationally Determined Contributions. As of today also we have more than 130 Nationally Determined Contributions, which are the national plans for implementing the commitments under the Paris Agreement. Now actual implementation demands or requires the participation of the private sector; requires the transformation of those commitments into national development planning; into investment programs. So these are the steps that need to be followed and there are different degrees and different ways in which countries are doing it.

The world needs to accelerate the implementation of the Paris Agreement on the ground and come up with investment plans, UN climate chief, Patricia Espinosa, has said. Speaking to the UN News, Ms. Espinosa said the Paris Agreement presents a "clear roadmap towards higher ambitions."

UN News: How will the Paris Agreement limit global temperature rise to well under 2 degrees Celsius?

Patricia Espinosa:Well the Paris Agreement sets a framework towards achieving that goal. This is the goal. Why? Because this is the temperature that science has said that would allow us to manage the needs of humanity with a healthy environmental situation; environmental balance. So, what the Paris Agreement does is to put it in a framework where we all need to strive to get there, and it also makes a framework for countries to progressively increase their ambitions; their commitments under the Paris Agreement, so that we can achieve climate neutrality by the middle of the century, and then really have the possibility of, in the second part of this century, get to this goal that has been established.

UN News: And is the 1.5 degree goal realistic at this time?

Patricia Espinosa: As of today, with the science that we have, with the technological solutions that we have and with the commitments that we have on the table, we're still not there. But at the same time, what is very encouraging is that we have seen transformations in terms of technologies, in terms of behaviours, in terms of commitments by different actors; not only governments – national governments – but also governments at the local level, so national authorities. We have seen all these transformations occurring much faster than we were able to foresee just a few years ago, so I think there are very clear signals that the trend is correct and that we are making progress into that direction. 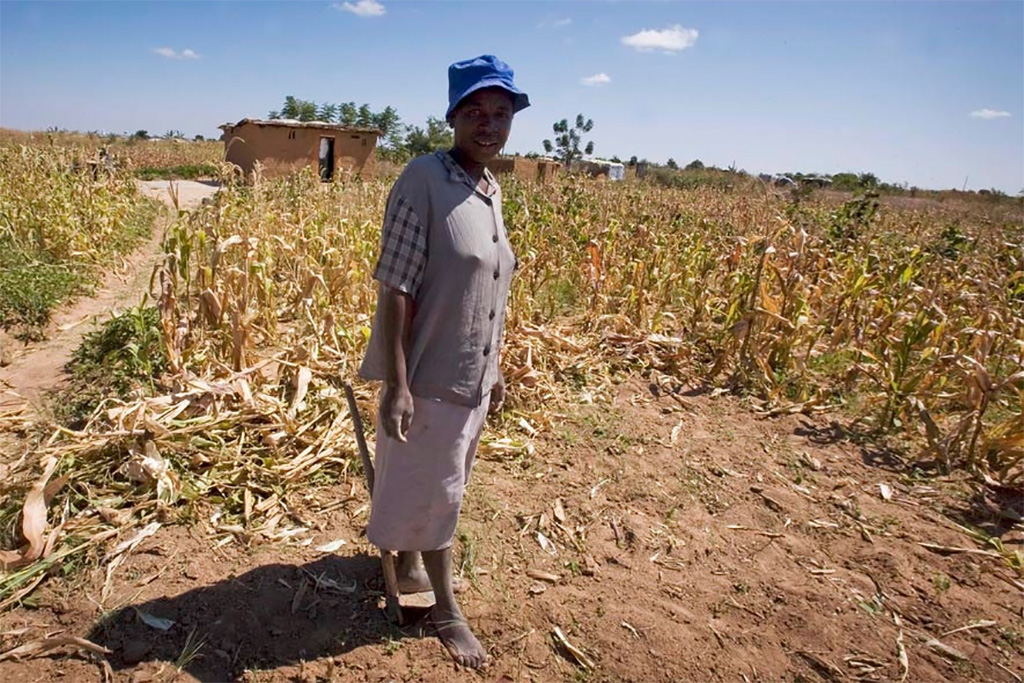 A woman stands outside her temporary home and dried up maize crop in Epworth, Harare, Zimbabwe. The UN agency tasked with food security has projected that almost 40 million people in the Southern African region could face food insecurity by the peak of the coming lean season, between January and March 2017, when the effects of the drought are expected to peak. Photo: Kate Holt/IRIN 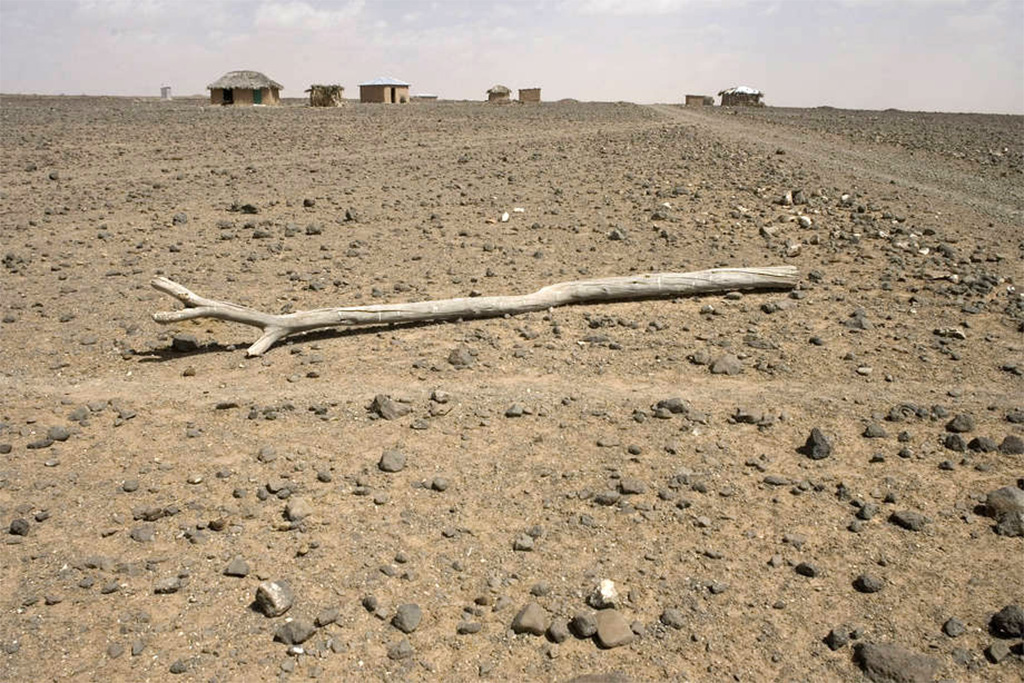 A parched field in Kenya where drought has been especially devastating to sub-Saharan agriculture. The UN estimates that over 17 million people are currently in crisis and emergency food insecurity levels in member-countries of the Intergovernmental Authority on Development (IGAD), namely Djibouti, Eritrea, Ethiopia, Kenya, Somalia, South Sudan, Sudan and Uganda. Photo: FAO/Giulio Napolitano 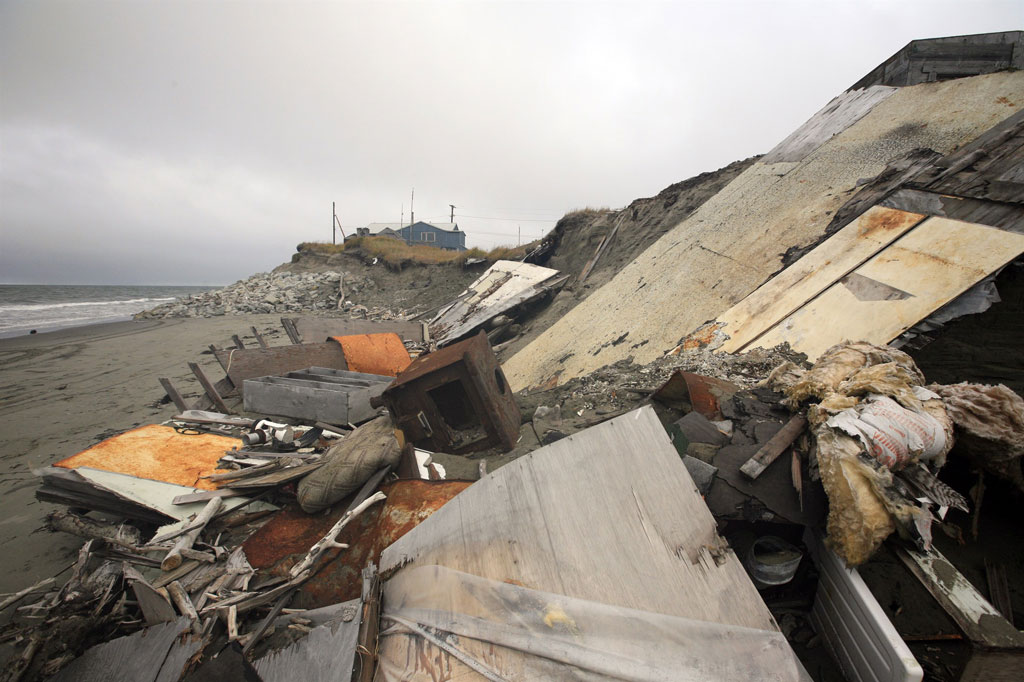 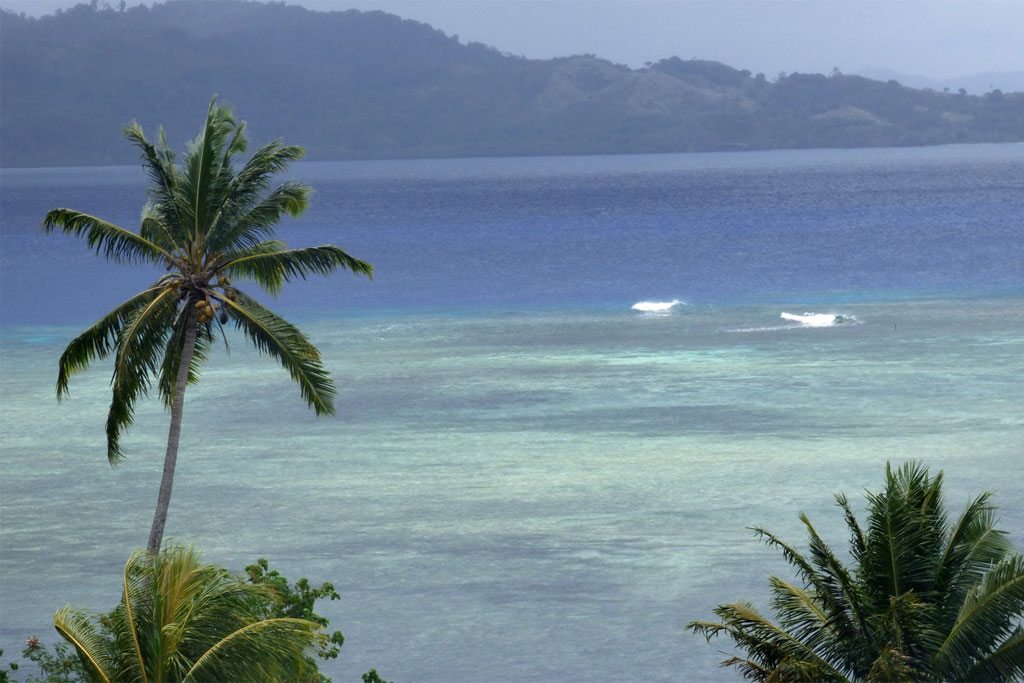 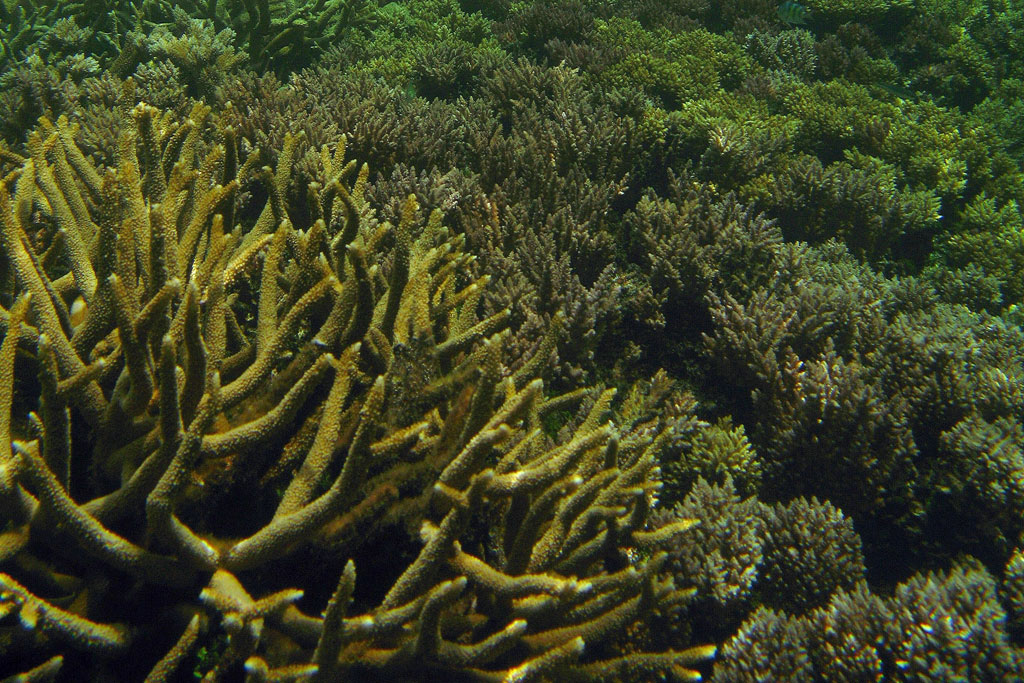 Coral reefs are sensitive to climate change. According to UNEP Executive Director Achim Steiner humans have left an indelible mark on the marine environment that has led to almost 20 per cent of coral reefs disappearing. Photo: UNEP/Jeffrey Maynard 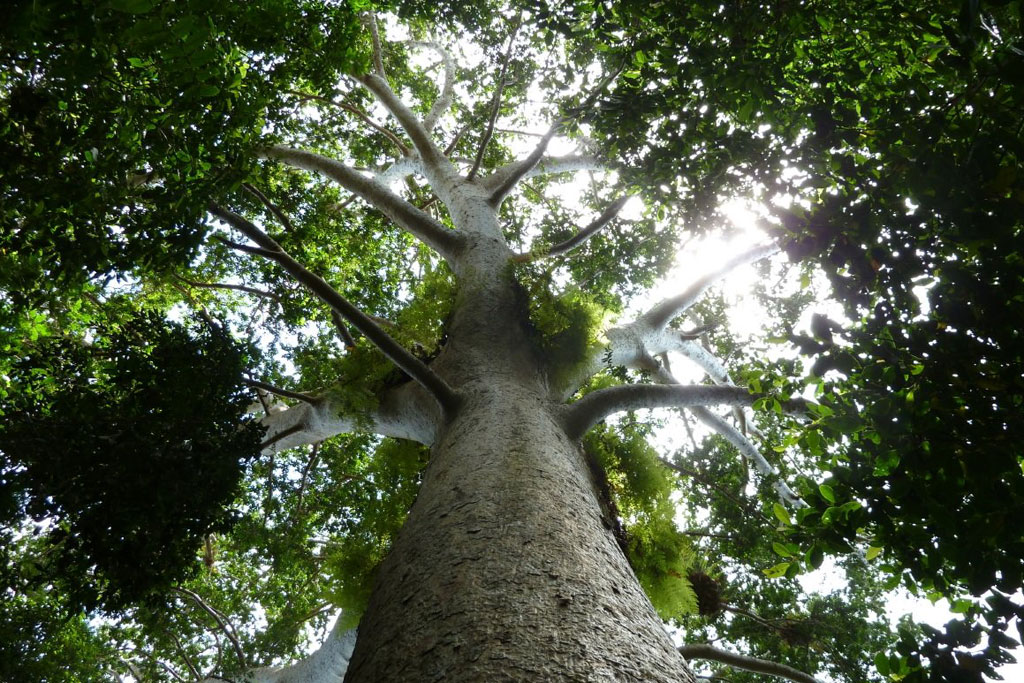 Forests play a critical role for many countries in their ability to mitigate climate change. Photo: FAO/Rudolf Hahn 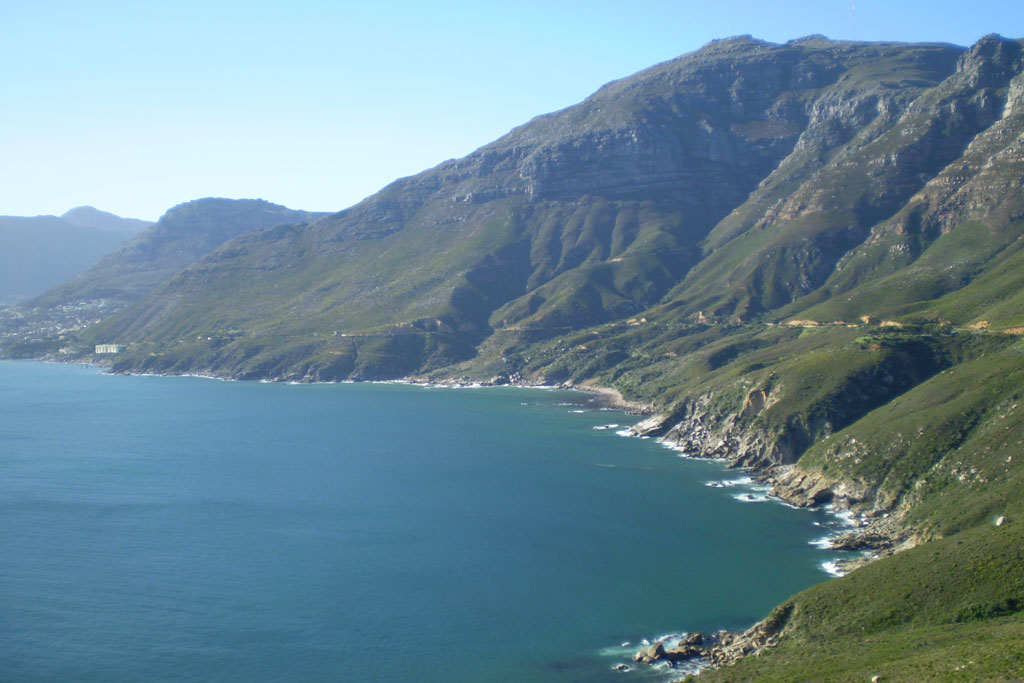 A new UN report shows World Heritage icons such as the Cape Floral Region Protected Areas of South Africa are at risk from climate change. Some 31 natural and cultural World Heritage sites in 29 countries across the world are becoming increasingly vulnerable. Photo: UNESCO/Leila Maziz

UN News: You just mentioned climate neutrality; can you just explain, in simple terms, what that means?

Patricia Espinosa:Climate neutrality means a situation where the world can naturally absorb the emissions that will continue to be produced in our societies. For instance, in terms of agriculture, we know that combating hunger – ending hunger is one of the important Sustainable Development Goals (SDGs), but it turns out that agriculture is a source of emissions – so that's one area where we will not be able to dispose completely of emissions, so we need to have a situation where our environment can absorb naturally those emissions.

UN News: So what are the next steps, at the international level, to implement the Paris Agreement?

Patricia Espinosa:Well, at the international level, we need to do many things simultaneously, and we cannot have the luxury of waiting until we have finished one task to continue to the next. In terms of the negotiating process, we need to finalize as soon as possible – at the latest in 2018 – what is known as the Paris Agreement rule book, which are basically the rules which are needed in order to make the Agreement operational. What are going to be the rules for governments to report on the compliance of their commitments? What are going to be the rules for giving developing countries support in terms of technology, in terms of financing? These kind of rules need to be developed.

At the same time, the Paris Agreement presents a very clear roadmap towards higher ambitions. For instance, in 2018 we will have what is called the facilitative dialogue, which will be the first assessment of how much countries have made progress on implementation of their commitments under the Paris Agreement. In order to be able to raise ambition, hopefully out of that assessment we can identify where there are other areas of opportunity so that they can raise ambition. On the other hand, we need to start with – or to accelerate as much as possible – the implementation on the ground. So we need to do actions in the area of transport, housing, and the energy sector. We need to start getting to very specific plans and programmes, and very specific investment plans as well.

UN News: And do you believe developed countries will meet the financial promises that were made in the Paris Agreement?

Patricia Espinosa:Well, at Marrakesh we had a first report on the road map to the $100 billion – which is what has been included in the Paris Agreement – and from that report that was done by the donor community together with the OECD [Organisation for Economic Co-operation and Development], things look positively. Now, it is not all of it that will come from public sources; we need to bear in mind that private financing will really play an important role, and in this sense, private investment will play a major role. So I think that of course while the $100 billion is a very important goal that was included in the Paris Agreement, we need to know and we need to bear in mind that the transformation that is required in our economies will demand much bigger resources.

Speaking today at a United Nations forum to invigorate political momentum on climate change, the head of a major UN panel on climate change underlined that human influence on the climate system cannot be disputed.