OCHA/Giles Clarke
Children walk through a damaged part of downtown Craiter in Aden, Yemen. The area was badly damaged by airstrikes in 2015 as the Houthi’s were driven out of the city by coalition forces.

This Wednesday, top stories includes: the UN chief’s continued visit in the Pacific to raise awareness on the impacts of climate change; in Yemen, the fatal price that children are paying due to a conflict they did not cause; a new tool to track medical products worldwide; drought in Somalia; and updates on tensions in the Gulf. 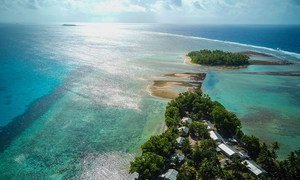 “The Pacific region is on the frontline of climate change”, he said. “That means you are also our important allies in the fight against it”. The UN chief said that he was there “to see the region’s climate pressures firsthand, and to learn about the work being undertaken by communities here in Fiji and elsewhere to bolster resilience”.\

Noting that the last four years were the hottest on record, Mr. Guterres highlighted recent ice losses in Greenland and Antarctica, saying that “sea levels will rise a full meter by 2100”.

Find more on this here. 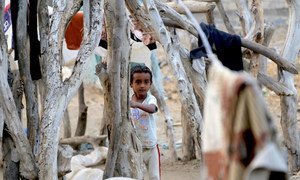 “Fifteen million children in Yemen are asking you to save their lives,” the head of the UN Children’s Fund (UNICEF) told the 15 members of the Security Council on Wednesday, in an impassioned plea for action to end four years of fighting which has left at least 7,300 children killed or seriously injured.

“These are verified numbers. The actual numbers are no doubt higher”, said Henrietta Fore, who began her address with a quiet intensity, telling the horrifying but tragically now mundane story of how one classroom was shattered by shrapnel last month in the capital Sana’a: “Imagine the pain endured by the families of the 14 children who never made it home...In any conflict, children suffer first. And worst.”

In a bid to improve the treatment of neglected diseases and threats to global health, the UN health agency, WHO, launched an online resource on Wednesday, designed to guide research into new health products.

The free-to-use Health Product Profile Directory, which the WHO describes as “an essential tool for realizing universal health coverage,” so far contains research information on 196 products, with a strong focus on infectious diseases.

The Ebola outbreak that began in 2014 in West Africa, highlighted the importance of centralizing information in order to fight neglected diseases, antimicrobial resistance and diseases with the potential to spread pandemics, so that research and development is more effective, and better coordinated.

Nearly a fifth of Somalis at risk from ‘disastrous’ drought 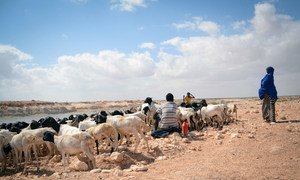 A drought in Somalia described by the UN food and agriculture agency (FAO) as ‘disastrous’ could hit around 2.2 million people in the country: almost a fifth of the population. On Wednesday, FAO put out a special alert, warning that the number of hungry people in Somalia is likely to be 40 per cent higher than it was at the beginning of the year, and that there has been a sharp increase of acutely malnourished children being admitted to feeding centres.

People in the country are more vulnerable this year because, on top of the drought itself, they are dealing with increasing conflict, and a reduction in humanitarian aid.

In an effort to stave off the crisis, FAO is calling for urgent funds for critical livelihood support such as cash assistance, seeds and farming tools.

Rising tensions in the Gulf this week – including drone attacks on Saudi oil facilities and damage sustained by oil tankers off the coast of the United Arab Emirates (UAE) – are being followed “with growing concern” by the UN Secretary-General. Briefing reporters at UN headquarters in New York, Spokesperson Stéphane Dujarric said that “hardening rhetoric” in the region threatened to “further destabilize an already volatile situation”.

In particular, he said Mr. Guterres condemned the attacks off the coast of UAE on Sunday, which the Government has referred to as acts of sabotage, and further investigation is needed “to determine the facts and hold accountable the perpetrators.”

“He also condemns the drone attacks on oil facilities in the Kingdom of Saudi Arabia, for which the Houthis have claimed responsibility”, said Mr. Dujarric. A Houthi spokesperson reportedly said on Tuesday that the multiple drone strikes on Saudi oil facilities were in response to the Kingdom’s leading role in the pro-Yemeni Government military coalition.

“The Secretary-General calls upon all actors to exercise maximum restraint and prevent any escalation amid heightened tensions”, he concluded.

Speaking in the Security Council on Wednesday, UN Special Envoy for Yemen, Martin Griffiths, said he was also very concerned about the drone attacks. “Events like this are a reminder that hard-won achievements can be wiped away very easily”, referring to the step forward made by Houthi rebels in withdrawing from the key Yemeni port of Hudaydah. 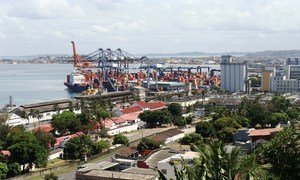 More than half the world’s countries now depend on exporting their raw materials to keep their economies ticking over, and it’s a potentially massive brake on their development, UN analysts from UNCTAD said on Wednesday. Using trade data from 189 countries, UNCTAD’s State of Commodity Dependence Report 2019 finds that, in 102 States, more than 60 per cent of what they make from exports comes from selling raw products linked to industries such as farming and mining. That’s 10 countries more than at the turn of the century.

With recent average commodity prices “substantially below” peaks seen in 2008-2012, the UN economists say that this has contributed to an economic slowdown in 64 countries – and several have gone into recession.

“Given that commodity dependence often negatively impacts a country’s economic development, it is important and urgent to reduce it to make faster progress towards meeting the Sustainable Development Goals,” said UNCTAD Secretary-General, Mukhisa Kituyi.

The phenomenon almost exclusively affects poorer nations; in particular, 85 per cent of the most vulnerable “Least Developed Countries”, 81 per cent of landlocked developing countries and 57 per cent of small island states. In regional terms, sub-Saharan Africa countries are most dependent on commodity exports (89 per cent), followed by the Middle East and North Africa (65 per cent). In Latin America, the Caribbean, East Asia and the Pacific, meanwhile, half of the countries there are commodity-dependent.

Listen to or download our audio  News in Brief for 15 May 2019 on SoundCloud: 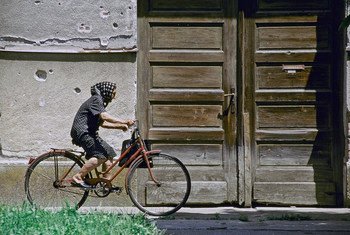 Key lifestyle choices such as getting regular exercise, not smoking or drinking too much, can reduce the risk of dementia and cognitive decline, the UN health agency said on Tuesday. 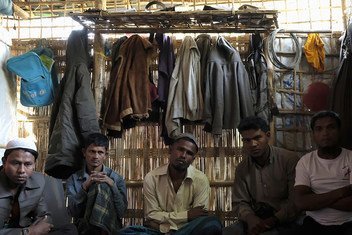