After promising start, 2016 has been worst for civilians in Syria – UN expert

After a promising start, the year 2016 has been the worst for civilian casualties so far in the war in Syria, according to the head of a United Nations-mandated human rights inquiry into the Middle Eastern country.

Mr. Pinheiro pointed to the first three months of the year as offering “plenty of hope,” which was subsequently followed by “plenty of frustration.”

He credited Staffan de Mistura for “moments of hope,” as the UN Special Envoy for Syria built possibilities for “a real negotiation” between all of the conflict parties.

Mr. Pinheiro expressed optimism in the election and appointment of António Guterres as Secretary-General, calling it “a new element” in helping to end the Syrian conflict.

“I think that with his large experience, we’ll be able to see new initiatives concerning the very difficult path towards negotiation and peace,” he added.

Established by the UN Human Rights Council in August 2011, the Commission has been investigating and recording all violations of international law in Syria since March that year. It has conducted interviews with more than 1,400 witnesses and victims, exposing human rights violations committed throughout the country. 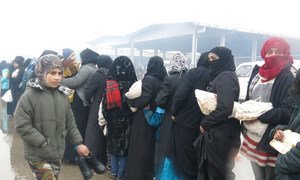 Briefing the Security Council on the situation in Syria, a senior United Nations humanitarian official underlined the enormity challenges of the continuing humanitarian operations in the region.