WFP/Hani Al Homsh
Exodus from eastern Aleppo city: Women line up at a temporary shelter in Al-Mahalej, Syria, to receive bread and hot meals. Many say they lived under constant shelling and bombardment.
23 December 2016

Briefing the Security Council on the situation in Syria, a senior United Nations humanitarian official underlined the enormity challenges of the continuing humanitarian operations in the region.

“As we meet today, the evacuation of the eastern districts of Aleppo may have concluded but the situation in Syria remains catastrophic,” the Director of Operations at the UN Office for the Coordination of Humanitarian Affairs (OCHA), John Ging, informed the 15-member Council, on behalf of the UN Emergency Relief Coordinator, Stephen O’Brien, who also heads OCHA.

Overall, more than 35,000 people were evacuated from the remaining besieged, opposition-held areas of eastern districts of Aleppo, including some 20,000 since the Security Council adopted a resolution approving UN monitors for the evacuations. A total of 308 buses, 61 ambulances and 1,231 private vehicles were used in the process, crossing numerous checkpoints from the besieged areas through the western part of the city and into western rural Aleppo, and onwards to the north-western city of Idlib.

In parallel, an estimated 1,300 people were evacuated from the besieged villages of Foah and Kefrayeh in the governorate of Idlib.

Mr. Ging underlined that despite these developments, some 13.5 million Syrians continue to remain in dire need of humanitarian assistance, including nearly nine million who are food insecure. Many people, in particular children, are also left physically and psychologically traumatised by the deprivation and bombardment they have endured. 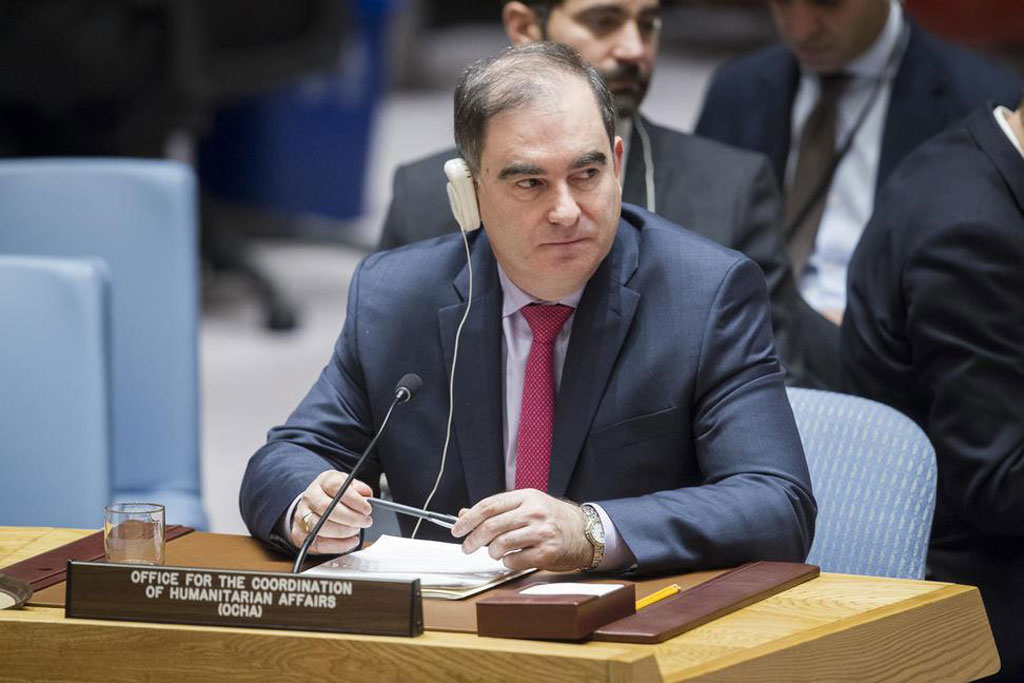 Operations Director for the UN Office for the Coordination of Humanitarian Affairs (OCHA) John Ging briefs the Security Council on behalf of UN Emergency Relief Coordinator, Stephen O’Brien, on the situation in the Middle East. UN Photo/Manuel Elias

He added that humanitarian actors continued to face significant challenges reaching populations that have little access to food, medical care and other essential items due to the insecurity in many areas, as well as because of administrative delays on the part of the authorities, such as the approval of facilitation letters and convoy plans.

“Due to lack of approval by the Government of Syria, the UN team has not had access to eastern Aleppo in recent months – but, since 15 December has undertaken a monitoring and observation function, stationed around the clock close to the Ramouseh checkpoint in the Government-controlled part of Aleppo,” the OCHA official said.

“What was reduced to a two-step approval process earlier this year,” Mr. Ging added,” has gone back again to being a ten-step process and we have only secured agreement from the Syrian Government for one convoy so far this month, reaching 6,000 people. This is despite receiving initial approvals to reach almost 800,000 people in December.”

He also drew attention to the situation in Idlib where currently, according to estimates, nearly two million people reside, of which 700,000 are internally displaced, including 35,000 who have been displaced from eastern Aleppo this month.

“There are broader concerns that the civilian population in Idlib are at risk of suffering the same fate as those in Aleppo if it becomes the focus of a new and more intense offensive,” Mr. Ging said, adding that UN and its partners have been supporting approximately 700,000 people with food, 340,000 with medical treatment, and some 230,000 with water and sanitation assistance each month.The OCHA official stressed that, despite all the challenges, the UN, the International Committee of the Red Cross, the Syrian Arab Red Crescent and other key humanitarian partners, though their “heroic staff” on the ground, continue to try to reach every Syrian in need.

However, he said, efforts are falling short at the global level to support the organizations at the grouped and appealed to Council members and all parties to the conflict and their allies to redouble their efforts to end this conflict and in the meantime provide more effective support to humanitarian action for the innocent victims of this conflict.

“As has been stated so many times, there is no humanitarian solution to this crisis. We welcome the announcement by the UN Special Envoy de Staffan de Mistura on the resumption of political talks in February,” the OCHA official said. “The number of those dying, displaced and suffering continues to rise as we end 2016, a new political commitment to peace will be needed if 2017 is to offer any different prospect than the death and destruction of the past five years.”