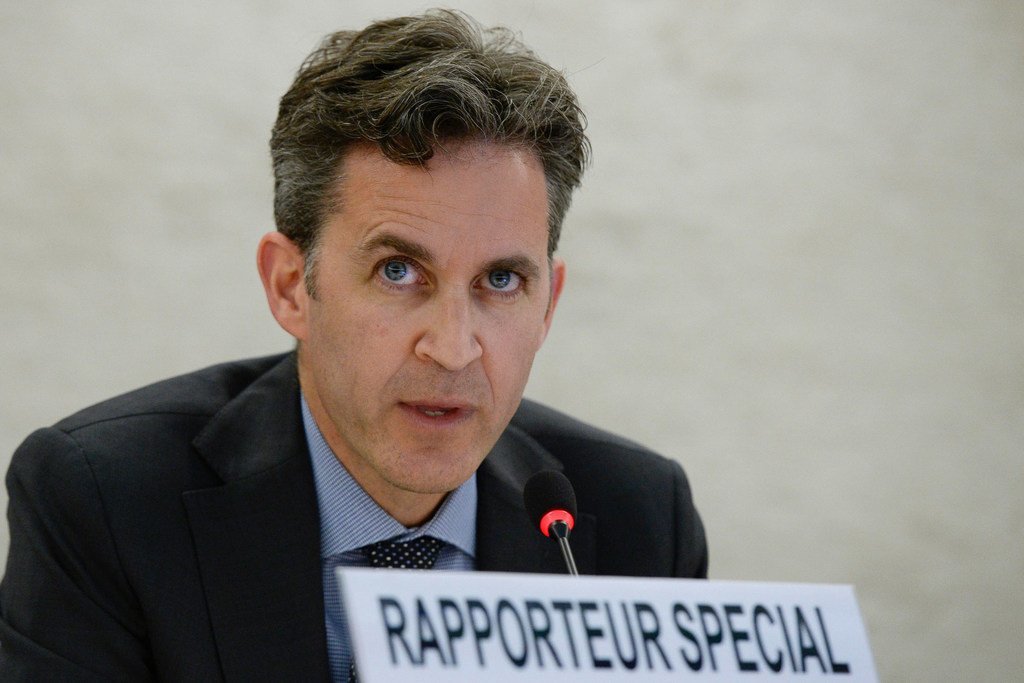 UN Photo/Jean-Marc Ferré
Special Rapporteur on the promotion and protection of the right to freedom of opinion and expression David Kaye.
26 July 2016
Human Rights

The United Nations human rights expert on freedom of opinion and expression has condemned recent Government clampdown over public and social media expressions in Thailand ahead of a constitutional referendum scheduled for 7 August.

The clampdown follows the recently adopted Constitutional Referendum Act that criminalizes expression and access to information about the draft constitution.

“I am seriously concerned that military orders and the Constitutional Referendum Act restrict expression and access to information about the draft constitution,” David Kaye, UN Special Rapporteur on the promotion and protection of the right to freedom of opinion and expression, said in a news release issued by the Office of the UN High Commissioner for Human Rights (OHCHR).

“Instead of criminalizing expression on the draft constitution, the Thai Government should encourage an open environment for public discourse to ensure an informed participation during the constitutional referendum,” he advised.

According to reports, since June, at least 86 people have been investigated or charged. Earlier this month, several activists were charged under the Act for a campaign urging voters to reject the draft constitution. A journalist covering the campaign was also arrested and charged with violating the Act.

“The idea of a referendum is to allow for full debate followed by public vote” said Mr. Kaye, “Particularly where the subject is of extraordinary public interest, a wide range of opinions should be encouraged, freely expressed, and open to rigorous debate.”

Article 61 of the 2016 Referendum Act, which governs the referendum process, criminalizes 'anyone who disseminates text, pictures or sounds that are inconsistent with the truth or in a violent, aggressive, rude, inciting or threatening manner aimed at preventing a voter from casting a ballot or vote in any direction or to not vote'.

Violation of the Act carries a penalty of up to 10 years imprisonment, heavy fines and the loss of voting rights for 10 years.

“Everyone must have the right to hold opinions without interference,” said the UN Special Rapporteur, urging the Thai Government to halt the enforcement of the Constitutional Referendum Act and to drop all charges under the Act and related military orders.

He further urged the Government to uphold its international obligation to safeguard the right to freedom of expression guaranteed to everyone under article 19 of the International Covenant on Civil and Political Rights.