UN rights chief urges Thailand not to forcibly return Lao Hmong, over half are children 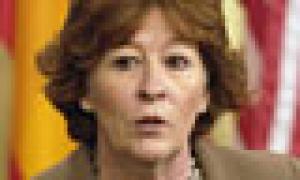 Expressing concern that around 150 Hmong tribes-people, over half of whom are children, may be subjected to “serious human rights violations” if forced to return home to the Lao People’s Democratic Republic, the top United Nations rights official today urged Thailand to halt their imminent deportation.

“The High Commissioner said it is believed the 152 Lao Hmong, including 85 children, may be subjected to serious human rights violations if returned to their country of origin,” Ms. Arbour’s office said in a press release.

“The High Commissioner urged the Royal Thai Government to fully respect the principle of non-refoulement prohibiting the return of a person to a country where he or she faces persecution or the risk of serious human rights violations.”

“The High Commissioner recalled that Thailand is party to a number of international human rights instruments – including the International Covenant on Civil and Political Rights and the Convention on the Rights of the Child – that contain the obligation of non-refoulement,” the statement concluded.

Last month, the UN High Commissioner for Refugees (UNHCR) expressed its concern over the fate of the 53 Hmong who were deported in November, and has offered to help the Thai Government find viable solutions for the roughly 6,000 Hmong living in makeshift camps.