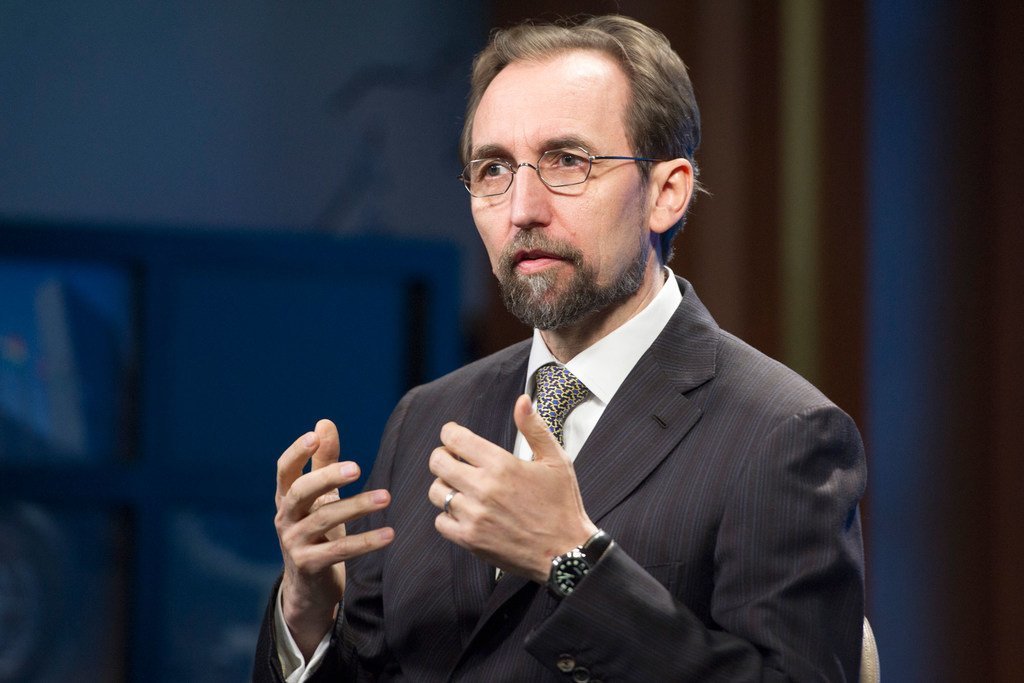 The United Nations human rights chief today on expressed growing concern about the military's deepening role in Thailand's civilian administration, as well as tight curbs on dissent, as the country prepares to vote on a final draft Constitution.

“An open and dynamic public debate on the draft Constitution would foster national unity, strengthen the legitimacy and acceptance of the Constitution and provide a sense of collective ownership,” UN High Commissioner for Human Rights Zeid Ra'ad Al Hussein said in a statement.

“I urge the Government to actively encourage, rather than discourage, dialogue and engagement on the draft Constitution. This would be an important step in establishing a solid foundation for a sustainable democracy in Thailand,” he added.

The High Commissioner said that several critics of the draft Constitution have already been arbitrarily arrested, detained and harassed since the draft was made public at the end of March.

On Monday, former Government minister Watana Muangsook was detained by the military over remarks he posted on social media criticizing the draft. He was released on bail yesterday. On Tuesday, five human rights defenders were taken into military custody for joining a peaceful assembly against the Government's restrictions, but have since been released, the High Commissioner said.

Mr. Zeid expressed particular concern that the “clampdown on criticism” would intensify following hardline comments by the Prime Minister and other senior Government figures. A new law governing the referendum places limits on groups and individuals advocating for or against the draft Constitution. The law, which is awaiting royal assent, could be interpreted arbitrarily and used against opponents, the High Commissioner said.

While Mr. Zeid said he appreciated that the public had been allowed to make submissions and some human rights provisions have been incorporated into the draft Constitution, he stressed the need for the general public, members of political parties, and civil society, including non-governmental organizations, journalists and academics, to be given the space to express their views without fear of harassment, reprisals or arrests.

According to Mr. Zeid's Office, since the military coup of 2014, the Thai Government has issued a number of new orders to strengthen the role of the military in policy-making and law enforcement after years of political upheaval and violent protests.

“Extending the military's powers is not the answer to rebuilding Thailand's political landscape,” the High Commissioner said. “On the contrary, Thailand has competent civilian institutions and should be looking to strengthen the rule of law and good governance, not undermine it.”

The High Commissioner said that on 30 March 2016, the military Government issued Order Number 13/2016 providing military officers and paramilitary forces with a range of powers over a number of offences under at least 27 laws. These include authorizing officers to search places, seize assets, suspend financial transactions, ban suspects from travelling and detain individuals for up to seven days, without any warrant, judicial oversight or administrative accountability.

Although the Government has stated these powers are targeted at organised crime, there are fears they will be used against opponents. Another order issued by the National Council of Peace and Order (NCPO) on 4 April 2016 gives the military more power in the Southern Border Provinces of Thailand, which have been prone to violence and conflict.

In addition, the final draft Constitution released in March institutionalizes the role of the military in policymaking and law enforcement. Section 265 and 279 of the draft provide for the legalization and continuation of military orders issued under Article 44 of the Interim Constitution, which has effectively allowed the head of the NCPO to issue any legislative, executive or judicial order. Over the past year, 61 NCPO orders have been issued under Article 44, Mr. Zeid said.

“As a matter of priority, I call on the Government to suspend the application of these dangerously sweeping laws and orders that have bestowed more power upon the military,” the High Commissioner said.

He also repeated a call for all cases involving civilians to be transferred from military to civilian courts. In addition, the High Commissioner appealed to the Thai Government to fully abide by the international human rights treaties it has ratified.