The United Nations health agency reported today in first-of-its-kind study that air pollution across Europe is costing “a staggering” $1.6 trillion a year in deaths and diseases, which amounts to nearly one tenth of the region’s gross domestic product.

The economic cost of the health impact of air pollution in Europe is the first assessment of the economic burden of deaths and diseases resulting from outdoor and indoor air pollution in the 53 countries of the region, according to the study, which was carried out by the World Health Organization’s Regional Office for Europe and the Organization for Economic Co-operation and Development (OECD).

The study was published as more than 200 representatives from European countries and international and non-governmental organizations gathered in Haifa, Israel, from 28 to 30 April to look at achievements, gaps and challenges and set future priorities. The cost of the health impacts of air pollution is one of many studies that will provide evidence on the environmental impacts on health to be released at the Haifa meeting.

According to the WHO announcement, “a staggering $1.6 trillion is the economic cost of the approximate 600,000 premature deaths and of the diseases caused by air pollution in the WHO European Region in 2010, according to the first-ever study of these costs conducted for the Region.”

“The economic cost of deaths alone accounts for over $1.4 trillion,” according to the study. “Adding another 10% to this, as the cost of diseases from air pollution, results in a total of almost $1.6 trillion.”

In addition, the study showed that “in no less than 10 of the 53 countries of the Region, this cost is at or above 20 per cent of national gross domestic product (GDP), and amounted to nearly one tenth of the GDP of the entire European Union in 2013.

“The economic value of deaths and diseases due to air pollution – $1,600,000, 000, 000 – corresponds to the amount societies are willing to pay to avoid these deaths and diseases with necessary interventions,” it explained. “In these calculations, a value is attached to each death and disease, independent of the age of the person and which varies according to the national economic context.”

WHO said another new report, From Parma to Haifa: how far have we gotten?, jointly published by WHO and UN-ECE, informs that one in four Europeans still falls sick or dies prematurely from environmental pollution. 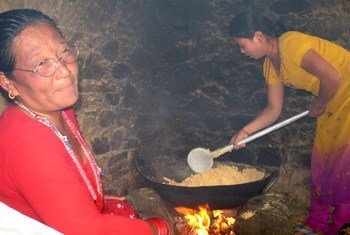