Unsplash/Alexander Popov
Transport is a huge driver of air pollution.

Action is needed over emissions, waste, pollution and biodiversity loss, it says, adding that solutions can be found, through a focus on a “circular economy” and sustainable infrastructure.

The call came during the ninth Environment for Europe Ministerial Conference, which runs until Friday, in the report authored by the UN Economic Commission for Europe (UNECE) and UN Environment Programme (UNEP).

“The findings of this assessment almost halfway through Agenda 2030, must be a wake-up call for the region,” said UNECE chief Olga Algayerova. “The historic drought the region faced this summer, announced what we should expect in years to come and shows that there is no more time to lose”.

Despite some progress, the report notes that air pollution remains the greatest health risk in the region.

The assessment calls for additional measures, including the best available strategies for cutting emissions and reducing those coming from traffic.

“The science is unequivocal,” said UNEP chief Inger Andersen. “The only way forward is to secure a clean and green future”.

Although greenhouse gas emissions have decreased in the western part of Europe – mostly between 2014 and 2019 – they are offset by increases throughout the rest of the region.

And while renewable energy use ticked up in 29 countries between 2013 and 2017, the region still largely relies on fossil fuels, which accounts for some 78 per cent of energy consumption.

The report encourages governments to eliminate or reform harmful subsidies and develop incentives to promote decarbonization by shifting investments towards renewables.

Time for a plan

According to the report, the region’s river basins, lakes and aquifers are under multiple stresses – with climate change delivering additional challenges such as floods, droughts and water-borne diseases.

“We know what we need to do, and we must act together”, said Ms. Andersen. “As citizens feel the pinch and are facing higher energy bills than ever before, as they see record temperatures and their water reservoirs shrink…countries must show that there is a plan”.

A circular and more efficient economy – where production and consumption are mutually sustaining and focused on resource efficiency - will help address growing waste and resource use.

Even where a strong political commitment for a circular economy exists, such as in the European Union and other Western European countries, generated waste continues to grow.

In response, the report urges governments to step up waste prevention in production, consumption, and remanufacturing, including through financial incentives such as tax relief, and upholds that a pan-European e-waste management partnership would enable the recovery of valuable resources.

Meanwhile, mineral extractions have tripled over the past half century, with processing accounting for over 90 per cent of biodiversity loss and water stress and about 50 per cent of climate change impacts.

Developing the circular economy, regional governments could strengthen the management of raw materials.

“As highlighted in the report, the UN has developed multiple tools and approaches to cut pollution, step-up environmental protection, reduce resource use and foster the shift to a circular economy. Their implementation must be significantly accelerated,” Ms. Algayerova reminded.

“This will require urgent and bold political commitment and behavioural changes from all of us before it is too late”.

Unsplash/Andreas Chu
Clean air is essential to the health of people across the world.

During post-COVID recovery, sustainable infrastructure investment has been shown to have a major impact.

However, most countries have yet to develop mechanisms incorporating sustainability, such as the cost of pollution, ecosystem services, or biodiversity protection – into the cost-benefit analysis of large infrastructure projects. The UN report offers tools to help remedy this.

“This assessment can be a guide for lowering emissions, a healthier environment for people and for nature, and better waste management and cleaner air,” maintained Ms. Andersen.

Turning to sustainable global business: 5 things to know about the circular economy

FROM THE FIELD: Ghost in the seashell 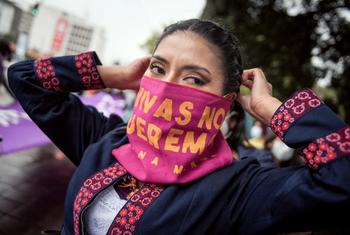 Climate change heightens threats of violence against women and girls

Climate change and environmental degradation are escalating the risk and prevalence of violence against women and girls across the world, a UN-appointed independent human rights expert warned on Wednesday. 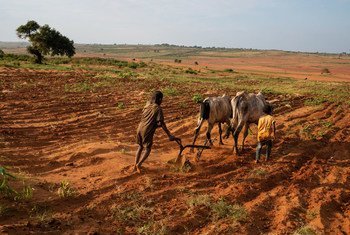 As government representatives begin to finalize the agenda for the COP27 climate change conference in Egypt next month, the UN chief told journalists in New York that the work ahead is “as immense as the climate impacts we are seeing around the world”.