“The volatile security environment is a direct illustration of the parties’ continued lack of political will,” UN Under-Secretary-General for Peacekeeping Operations Hervé Ladsous told the Security Council in a briefing. “The Government and opposition do not seem to take the political negotiations seriously and appear unwilling to make the necessary compromises.”

The security situation in South Sudan has deteriorated steadily over the past year since political in-fighting between South Sudan's President Salva Kiir and his former Vice-President, Riek Machar and their respective factions erupted in December 2013. The hostilities subsequently turned into a full-fledged conflict that has sent nearly 100,000 civilians fleeing to bases around the country managed by the UN Missions (UNMISS).

Speaking to the 15-member Council, however, Mr. Ladsous provided a sober assessment of the on-the-ground reality, describing the peace talks between both sides as having succumbed to “a serious failure of leadership that remains focused on its pursuit for power rather than care of its people.” 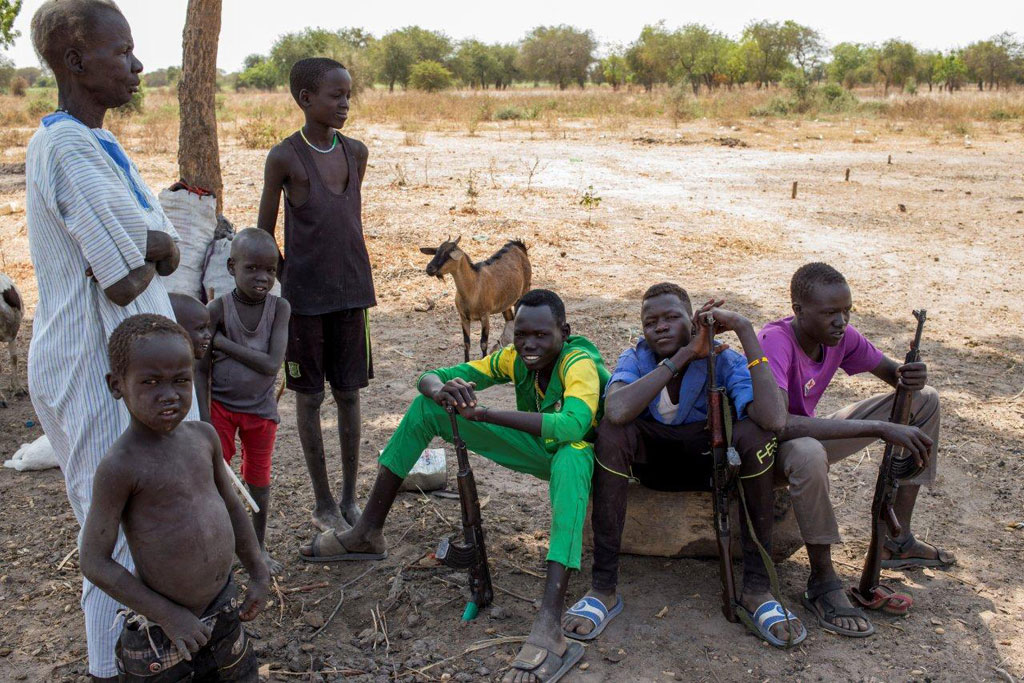 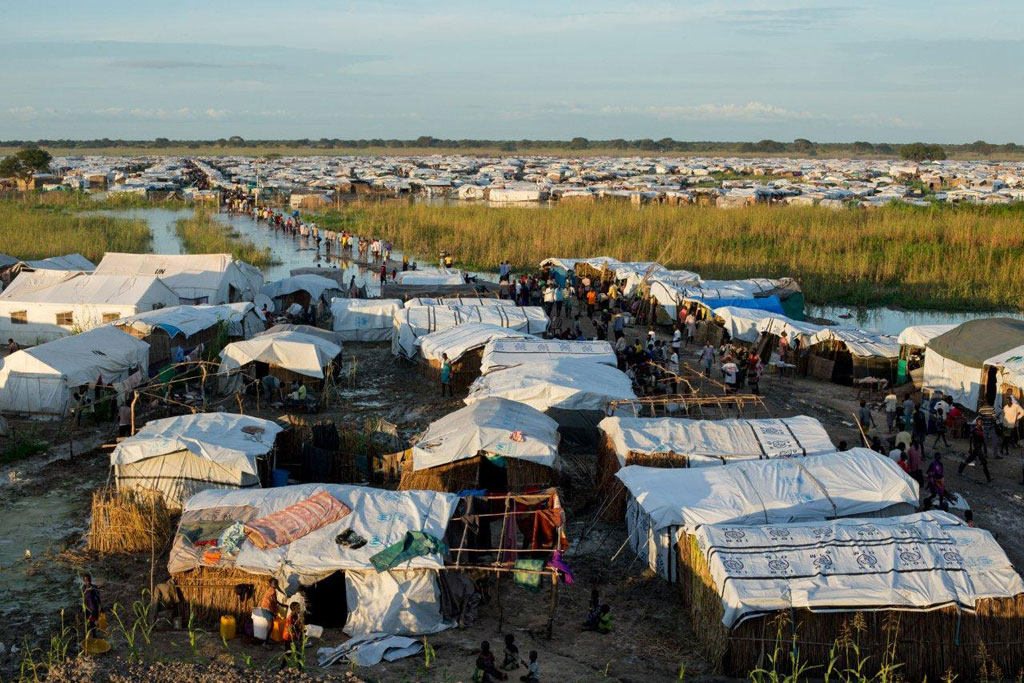 Clean-up after the floods at the Bentiu camp for internally displaced. Photo: UN/UNMISS 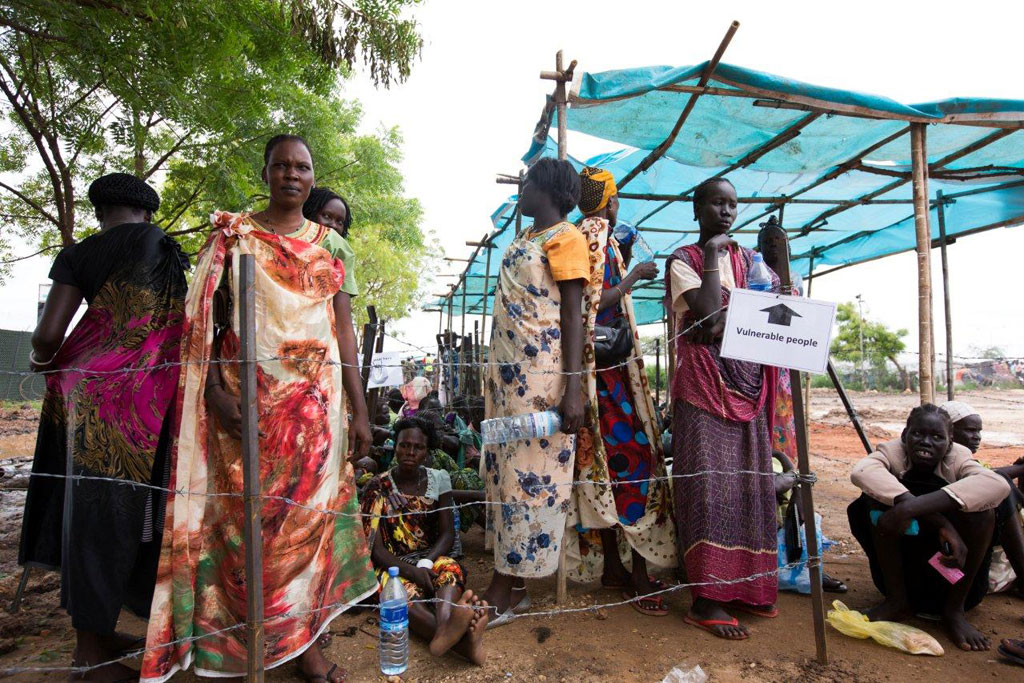 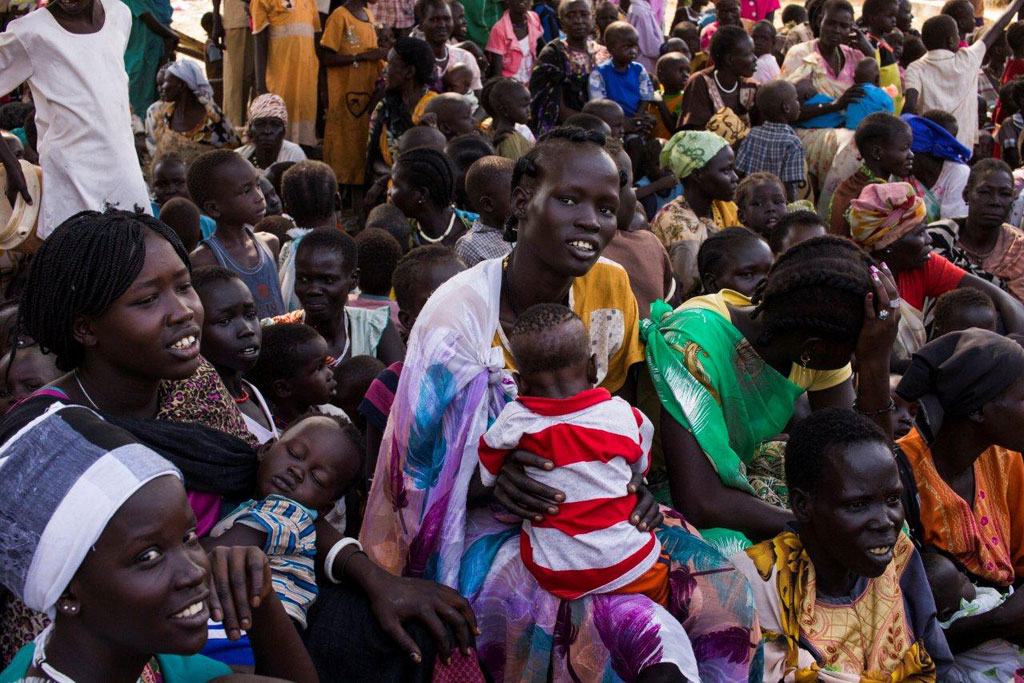 A group of internally displaced at the abandoned school in Malakal. Photo: UN/UNMISS 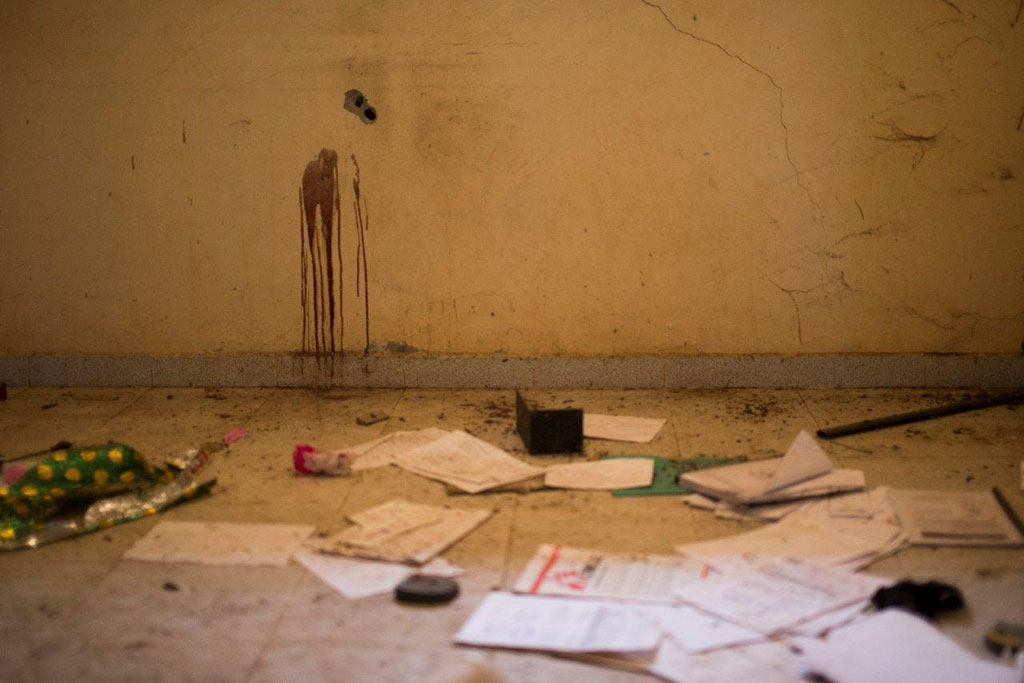 Bullet holes at the hospital in Bentiu. Photo: UN/UNMISS

“The likelihood of either side softening its stance remains low,” the UN official continued. “In the light of the fragile security environment, the ongoing round of peace talks is not likely to achieve much progress.”

Mr. Ladsous explained that as the current Addis Ababa peace talks stalled over power-sharing, security arrangements and constitutional reforms, the humanitarian situation in the country was becoming increasingly grim.

According to the UN, in fact, the Organization’s bases across South Sudan are currently sheltering over 110,000 internally displaced persons (IDPs) with an additional 1.5 million others displaced throughout the country and 500,000 outside the country. The displacement, Mr. Ladsous added, was increasing amid ongoing fighting.

In addition, the number of food-insecure civilians was slated to rise from the current 2.5 million as the country approaches its critical lean season.

“There is now an urgent need to reinforce the mediation efforts, as well as to impose consequences on the parties if they fail to show willingness to compromise and continue engaging in a conflict that will result in further loss of innocent lives,” declared Mr. Ladsous.

“I urge the Council to consider issuing a strong Presidential Statement calling on the parties to immediately cease all military operations and make the necessary compromises to reach a comprehensive peace agreement during this round of talks, or face the consequences.”

Against that backdrop, UN Assistant Secretary-General for Human Rights, Ivan Šimonović, also addressed the Council, detailing a litany of human rights abuses he witnessed first-hand during his recent trip to the country. He painted a bleak picture of South Sudan’s crisis scenario: whole families that were executed based upon their ethnicity; hundreds shot dead in a hospital; child soldiers threatening civilians; women raped.

“Many Government officials told me that the people of South Sudan fought for decades for their dignity, independence, and human rights. What I saw on my mission was certainly not what they have been fighting for,” Mr. Šimonović observed.

“After decades of killing and other violations, there is a need for cultural change based on respect for human life and human rights. It takes two leaders to end a war in South Sudan, but it takes many for the peace to become sustainable.”

Mr. Šimonović stressed that the peace process, just as any future political arrangement, depended on the inclusion of all national stakeholders, from ethnic groups, women, elders, religious leaders, youth, and other civil society actors. Moreover, he added that there was “broad acknowledgment – in and out of South Sudan” of the need to break the cycle of impunity with some concrete accountability measures.

“It is of the utmost importance that this Council remains seized of the question of accountability for past and present violations of international human rights and humanitarian law in South Sudan,” he said. “No efforts should be spared for the peace to be reached rather sooner than later.”

United Nations peacekeepers must continue to provide critical protections for civilians in South Sudan as the country slowly emerges from a year-long stretch of internecine conflict, the head of the UN Mission (UNMISS) there declared today.