As the continuing violence in north-east Nigeria spills across the country’s borders and into neighbouring Chad, Cameroon and Niger, the United Nations refugee agency (UNHCR) today sounded the alarm for the tens of thousands of Nigerian refugees and internally displaced people (IDPs) currently in need of urgent humanitarian assistance.

“We are extremely concerned about the humanitarian situation, as several thousand people are at present without any assistance,” UNHCR spokesperson Adrian Edwards said in a press release.

“We are working with authorities to securely deploy aid workers as soon as possible and at the same time we are preparing for rapid evaluation and response assessments.”

In December, the first results of a continuing Nigerien Government census, organized with UNHCR’s technical support, revealed that at least 90,000 people, including Niger nationals previously living in Nigeria, had found refuge in Niger’s Diffa region since May 2013. Many have chosen to remain close to the border, hoping to return to their home villages when the situation calms down.

Some 200,000 people have fled Nigeria to neighbouring countries, including Chad, Cameroon and Niger, according to figures from the UN Office for the Coordination of Humanitarian Affairs (OCHA), due to ongoing violence in Nigeria’s Adamawa, Borno and Yobe states caused by armed insurgents reportedly associated with extremist group Boko Haram.

The fighting, however, has spilled over into neighbouring regions, further threatening those refugees who initially escaped Nigeria. In the southern Nigerien region of Diffa, for instance, Niger armed forces have already engaged with the Boko Haram insurgents in running battles. In retaliation, Boko Haram has waged a series of attacks in Diffa town against civilians, including suicide bombings.

“This situation is being further exacerbated, as shops remain closed and humanitarian actors have had to significantly reduce their activities in the Diffa region because of the general insecurity,” Mr. Edwards continued. “At present there are no humanitarian actors left in Bosso.”

Meanwhile, the UNHCR spokesperson warned that the situation in Cameroon was just “as worrying,” citing reports of killings, abductions and violence in the country’s Far North region near the border with Nigeria. Insecurity was also making it increasingly difficult for UNHCR teams to access the border areas where refugees arrive before relocation to Minawao refugee camp, some 120 kilometres away, he added.

“The violence in Cameroon’s Far North is affecting tens of thousands of local residents too,” Mr. Edwards said. “UNHCR is working closely with the government of Cameroon and humanitarian partners to determine the scope and evaluate the situation on the ground, identify and locate the IDPs and to draw up a humanitarian response.” 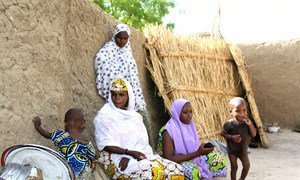