20 March 2014
Leading diplomatic efforts to encourage all parties involved in the Ukraine crisis to find a peaceful solution, United Nations Secretary-General Ban Ki-moon met today with Russian President Vladimir Putin and emphasized the need for de-escalating tensions between Russia and Ukraine, and restoring the “brotherly relationship” between the two countries.

“It is clear that we are at a crossroads. I will continue to fulfil my duty as Secretary-General of the United Nations and engage with all relevant parties. We must employ every possible diplomatic tool at our disposal to solve this crisis, which has grave political and economic ramifications,” stressed Mr. Ban, in a statement to the press in Moscow, earlier today.

Following a “very productive and constructive meeting” with President Putin, Mr. Ban highlighted Russia’s crucial position in the international scene. “As a permanent member of the Security Council, Russia is critical to the maintenance of international peace and security – nowhere more so than in this region,” he said.

During his meeting, Mr. Ban called on all parties to “refrain from any hasty or provocative actions that could further exacerbate an already very tense and very volatile situation. Inflammatory rhetoric can lead to further tensions and possible miscalculations, as well as dangerous counter-reactions.” 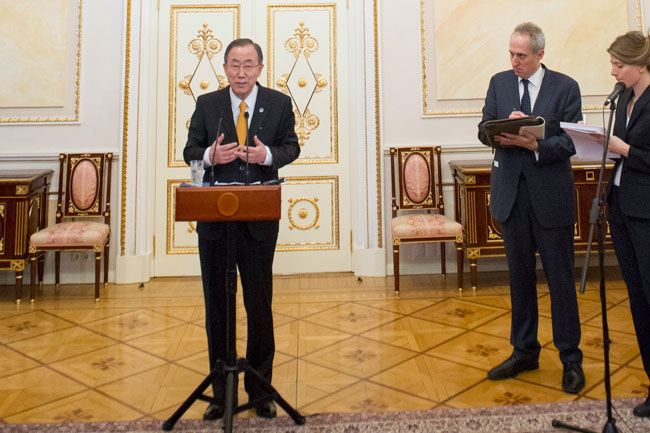 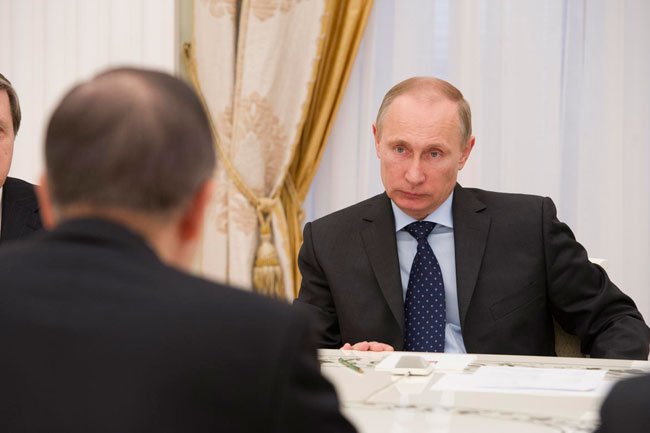 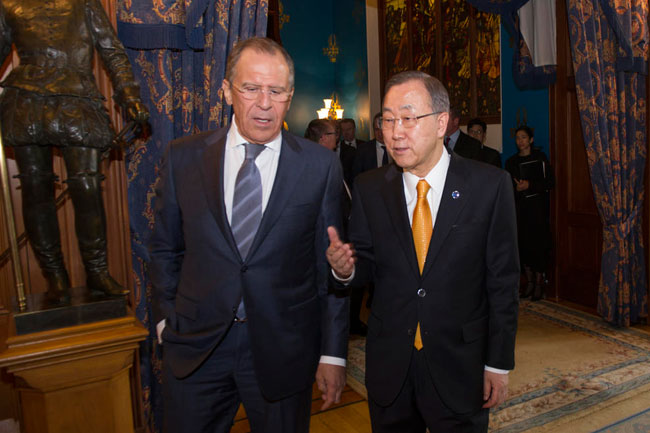 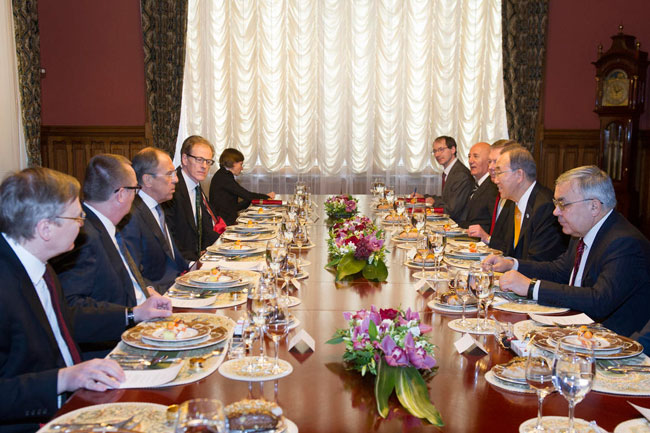 Months of political unrest in Ukraine led to the removal by Parliament of President Viktor Yanukovych in February, followed by increased tensions in the country’s autonomous region of Crimea, where additional Russian military were recently deployed and a secession referendum was held this past Sunday.

Expressing his “profound concern” regarding “the recent incident where Ukrainian military bases were taken over,” the Secretary-General insisted that “it is at moments like this in history that a small incident can quickly lead to a situation spiralling out of anyone’s control,” and stressed that “an honest and constructive dialogue between Kyiv and Moscow is essential.”

“I told President Putin that I understand his legitimate concerns related to the situation of the Russian minority in Ukraine. I have said from the beginning of this crisis that it is critical that the human rights of all people in Ukraine, especially minorities, must be respected and protected,” Mr. Ban stressed, applauding the recent commitment by Ukrainian Prime Minister Arseniy Yatsenyuk to reinstate Russian as an official language in Ukraine along with other positive measures.

As UN human rights monitors are starting to deploy in Ukraine – including to eastern parts of the country – the Secretary-General will be continuing his diplomatic mission by traveling to Kiev and meeting with Ukrainian Acting President Oleksandr Turchynov and Prime Minister Yatsenyuk.

Recalling that Russia and Ukraine are two founding members of the UN, Mr Ban concluded: “The world is watching and history will judge us on how we assume our responsibilities and our actions as they relate to the fundamental principles of the UN Charter.”

Briefing the Security Council yesterday in New York, UN Deputy Secretary-General, Jan Eliasson laid out a succinct timeline of the “fast-moving and serious” recent events: Crimean authorities had announced that close to 97 per cent of those who voted in Sunday’s referendum did so in favour of secession from Ukraine; subsequently, Crimea declared its independence, which in turn was recognized by Russia; Monday the European Union and the United States moved to apply targeted sanctions against Russian and Crimean officials.

Further: President Putin has signed a treaty to make Crimea part of the Russian Federation; the Government in Kyiv meanwhile has committed to never accept Crimea’s independence or annexation, stating that Crimea is an integral part of Ukraine; and yesterday, Ukraine's Prime Minister expressed concern that the conflict in the Crimean peninsula is ‘shifting from a political to a military stage.’

“This underscores the dire need for the immediate opening of direct dialogue between Moscow and Kyiv,” he told the Council. 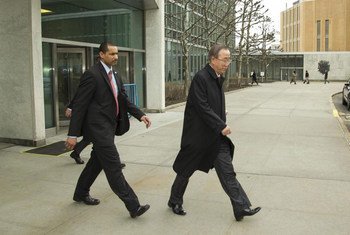 19 March 2014
With Secretary-General Ban Ki-moon headed to Russia and Ukraine as part of his diplomatic efforts to de-escalate current tensions, the Security Council heard senior United Nations officials in New York urge adherence to fundamental principles of the UN Charter, including respect for Ukraine’s sovereignty and territorial integrity, and ensuring respect for the human rights of all.