15 November 2013
Tackling human rights issues in the Democratic People’s Republic of Korea (DPRK) is crucial to pave the way for justice and reconciliation in the wider Korean Peninsula, a United Nations independent expert stressed today.

“The people who are suffering from gross human rights violations in DPRK require immediate attention,” said the Special Rapporteur on the situation of human rights in the DPRK, Marzuki Darusman, during a press conference in Seoul, Republic of Korea (ROK).

He noted that the Commission of Inquiry, established by the UN Human Rights Council to investigate alleged systematic, widespread and grave violations of human rights in DPRK, represents a more concerted approach towards improving human rights in the country.

The three-member Commission, on which Mr. Darusman also served as a member, has been documenting a wide range of rights violations since March, seeking to determine whether they would constitute crimes against humanity and who or which institutions should be held accountable.

“But the question is what we will do with the Commission’s findings. It is clear that the primary responsibility to protect the human rights of the North Koreans lies with the DPRK Government, which has so far refused to cooperate with my mandate. We must continue to address this.”

He added that there are other factors such as security concerns, inter-Korean relations, and regional dynamics that also affect the considerations and the severely rights-restrictive policies of the DPRK leadership.

“Unless these factors are taken into account, there will be no meaningful steps towards a gradual settlement of the Korean question, which has a direct bearing on the human rights of the people on the Korean peninsula,” Mr. Darusman said.

Since his appointment in August 2010, the Special Rapporteur has made several requests to visit DPRK; however, access has so far not been granted. Mr. Darusman has used a three-day fact-finding mission to Seoul to better understand any aspects or factors that may impact on inter-Korean relations. During his visit, he met with Government officials, representatives of civil society and other stakeholders. 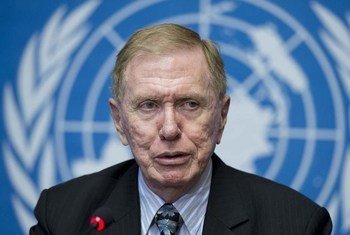 29 October 2013
Members of the United Nations-appointed inquiry into human rights violations in the Democratic People’s Republic of Korea (DPRK) today reiterated that they are not biased against Pyongyang, as they are poised to finalize their investigative work this week.