United Nations Secretary-General Ban Ki-moon today called for a clean energy transformation to help put the world on a more sustainable path, stressing that this will require innovation, investment and collaboration by all partners.

“Achieving a clean energy transformation will need the combined efforts of governments, multilateral investment banks, private finance, civil society, the knowledge community and the private sector,” Mr. Ban said in a keynote address at the Third Global Green Growth Forum in Copenhagen. “We are partners on a path to sustainability… But we have no time to waste.”

He noted that the way energy is produced and used is “the dominant cause” of climate change. “The impact on our global economy is increasingly clear. We count the cost in human lives and economic loss,” he stated. “But, we are forging solutions together all over the world.”

In September 2011, the Secretary-General launched the Sustainable Energy for All initiative, which aims to achieve three inter-linked global targets by 2030: universal access to modern energy services; the doubling of energy efficiency; and the doubling of the share of renewable energy in the world’s energy mix.

“Each of these objectives serves a common end: clean, low-carbon growth. This is critical for sustainable development,” said Mr. Ban.

He highlighted the fact that the world is fast approaching a triple deadline. The target date for achieving the global anti-poverty targets known as the Millennium Development Goals (MDGs) falls at end of 2015. World leaders have also agreed on 2015 as the year for establishing a new sustainable development framework and reaching an agreement on climate change. 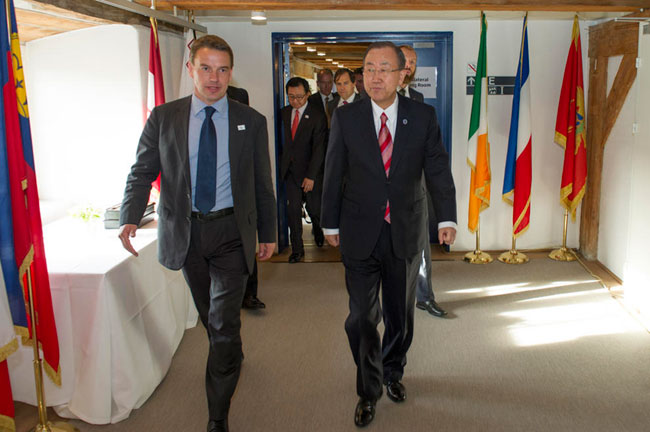 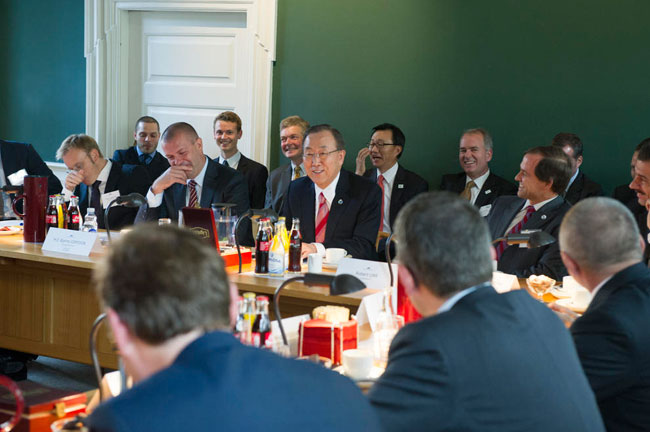 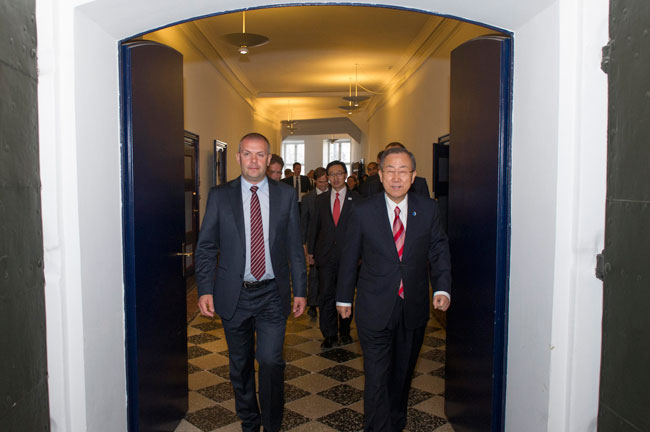 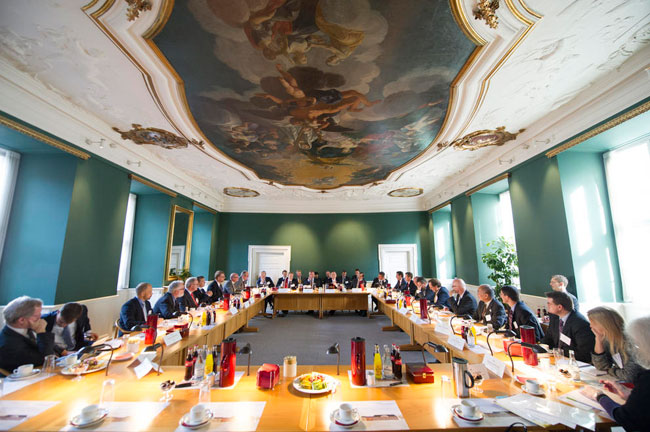 “2015 thus represents an historic opportunity to set the world on a sustainable path,” Mr. Ban stated. “To do that we must eradicate extreme poverty and hold global temperature rise below 2 degrees Celsius above pre-industrial levels.

“These objectives are mutually reinforcing and interdependent. Achieving them will require significant global momentum – beginning with a concerted push to accelerate progress towards the MDGs.

“On that foundation we must agree an inclusive post-2015 development framework with poverty reduction at its core and sustainable development as its guide. And to support these efforts, we must increase action and ambition on climate change.”

To that end, Mr. Ban has proposed convening a Climate Summit next September to bring together government, business, finance and civil society leaders from around the world to mobilize political will for the climate negotiations, deliver concrete new commitments and spark “a race to the top” in climate action.

He asked leaders to bring solutions and initiatives with targets, deliverables and investment plans. He also urged them to raise their level of ambition by scaling up the investments and financial flows necessary for making the transformation to a low-carbon economy.

“We need large amounts of capital for the rapid development of low-carbon infrastructure,” he stated. “We are seeing progress – but not fast enough; and not at sufficient scale.

“Climate change is the single greatest threat to sustainable development. Yet, too often, one important fact gets lost amid the fear: addressing climate change is one of our greatest opportunities,” he noted.

“With enlightened action, we can create jobs, improve public health, protect the environment and spur sustainable green growth. In the coming year we should all do our utmost to unlock the barriers to climate finance that exist across the global economy.”

The Secretary-General said he is personally engaged in trying to move the financial actors, regularly meeting with financial actors and investors. Today he attended a meeting with pension fund executives, at which he asked them to help in unlocking new opportunities for capital investment in climate and development.

He also noted, in the meeting, his intention to include pension fund leaders in the Climate Summit, and discussed the possibilities for using the event as a unique opportunity to leverage unprecedented financial, political and organizational capital.

“I will continue to engage and challenge pension funds, insurance companies and sovereign wealth funds to look beyond the fossil-related segments of the global economy. Less than 1 per cent of pension fund assets are currently invested in sustainable infrastructure projects,” Mr. Ban told the forum.

“Our hope is that greater investment can move towards low-carbon assets, for the good of the world and the long-term financial health of investors. At the same time, development and commercial banks can and should unlock capital to enable low-carbon investments. And regulators can break barriers to facilitating these flows.

“There are enormous untapped investment opportunities in developing countries. All financial actors have to work together to create the mechanisms for making these investments possible. Companies and countries have to make sure that bankable projects are ready, when the money is available.

“With focus, resolve and ambition, we can lower the global thermostat and raise the level of economic opportunity for all – from the poorest households to the largest enterprises.”

Warning that the way the world produces, shares and uses energy is unsustainable, Secretary-General Ban Ki-moon today called on governments and the private sector to collaborate in providing a cleaner, low-carbon model that benefits both people and the planet.