8 October 2013
Secretary-General Ban Ki-moon today stressed the vital role of water in sustainable development, highlighting in particular its importance with regard to food security, climate change and sanitation.

“Water holds the key to sustainable development. We need it for health, food security and economic progress,” Mr. Ban said in his opening remarks at the Budapest Water Summit. “Yet, each year brings new pressures.”

He noted that by 2030, nearly half the global population could be facing water scarcity and demand could outstrip supply by 40 per cent.

“We must address unsustainable use… We must use what we have more equitably and wisely. We cannot expect governments to do this alone. Guaranteeing a water secure world will require the full engagement of all actors, not least the world of business.”

Mr. Ban noted that agriculture is by far the largest user of freshwater, and there is growing urgency to reconcile its demands with the needs of domestic and industrial uses, especially energy production.

“Small farmers and industrial giants alike must learn to get more crop per drop,” he said. This means improved irrigation technologies, and less water-intensive and more climate-resilient crops.

Climate change, he continued, poses the risk of diminished water supplies in much of the world.

“We must make sure that water remains a catalyst for cooperation not conflict among communities and countries,” Mr. Ban said. 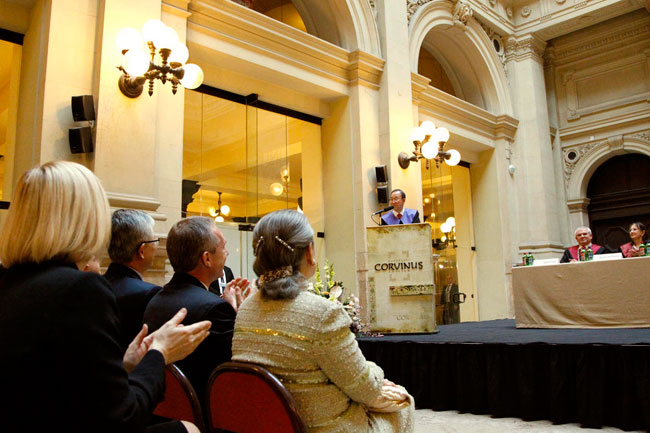 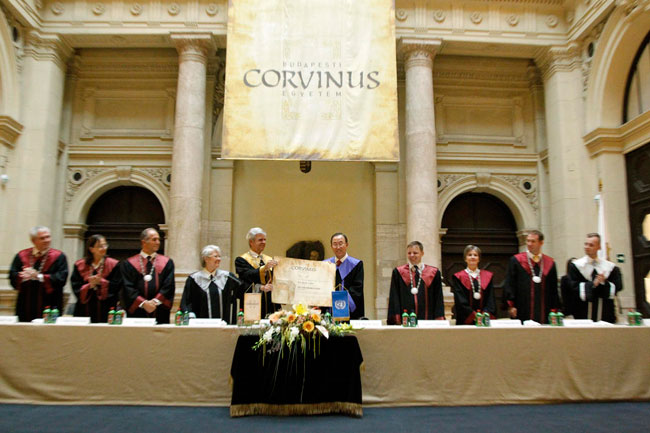 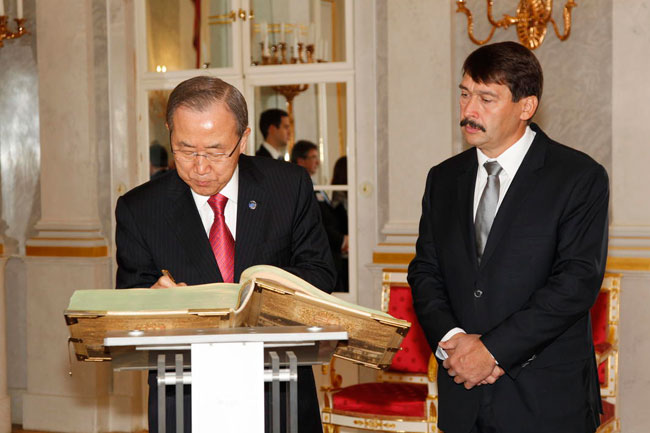 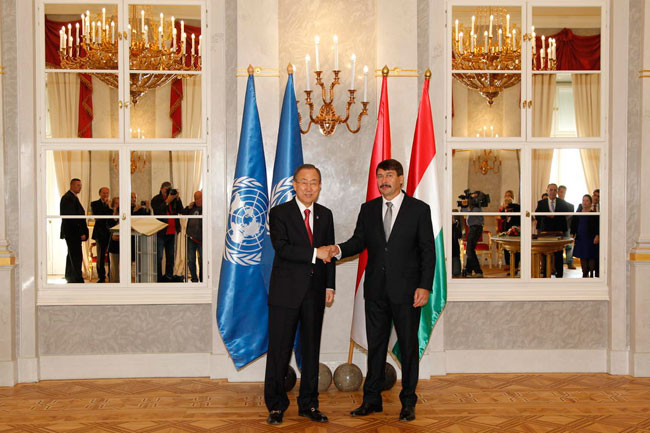 Mr. Ban Ki-moon with President János Áder prior to their luncheon hosted in honour of the Secretary-General. UN Photo/Paulo Filgueiras

The UN stands ready to assist in this area, he added, noting for example the UN Development Programme’s (UNDP) Shared Waters Partnership that is supporting political agreement on common resources, such as in the Nile Basin.

He recalled that last month, the Intergovernmental Panel on Climate Change (IPCC) reported that climate change is affecting the global water cycle, noting that ‘extreme precipitation events’ will very likely become more intense and more frequent by the end of this century, as global surface temperatures increase.

That is why we must do everything we can to keep global temperature rise to below 2 degrees Celsius above pre-industrial levels. To do that, we need to finalize a robust legal agreement on climate change in 2015.”

He added that water and sanitation feature large in the anti-poverty targets known as the Millennium Development Goals (MDGs), whose deadline is 2015. While the MDG target for providing access to improved water sources has been reached, 780 million people lack this basic necessity.

“Some 2.5 billion people lack the dignity and health offered by access to a safe, decent toilet and protection from untreated waste,” he continued. “One billion people practice open defecation. Diarrhoea is the second biggest killer of children under five in the world after pneumonia…

“It is plain that investment in sanitation is a down-payment on a sustainable future,” said Mr. Ban. “Economists estimate that every dollar spent can bring a five-fold return.”

The Secretary-General said water and sanitation are obviously central to efforts to achieve the MDGs and must figure prominently in the post-2015 development agenda. “Beyond 2015, our aim is to eradicate extreme poverty and hunger, and to create an equitable world of opportunity for all.

Speaking at a joint press encounter with Hungarian President János Áder, Mr. Ban said he was impressed by the turnout of many leaders from all around the world for the summit. “More and more countries recognize that water should be a source of common cause – not of conflict or not of concern,” he noted.

He also highlighted Hungary’s important international role in this effort, noting that it is a leader in the UN Group of Friends of Water, which is promoting wider understanding and cooperation on water issues.

“I also count on Hungary’s leadership on other long-term challenges. Poverty, environmental degradation and climate change will all define humanity’s fate in the future. That is why our campaign for sustainable development is so important.”

In addition to a working lunch with Mr. Áder, the Secretary-General also met separately with Hungarian Prime Minister Viktor Orbán; Prince El Hassan bin Talal of Jordan, Chairman of the UN Advisory Board on Water and Sanitation; and Lamberto Zannier, Secretary-General of the Organisation for Security and Cooperation in Europe (OSCE).

Mr. Ban also delivered a lecture at Budapesti Corvinus University, where he received an honorary doctorate on behalf of the UN. He told students and faculty that they must do two things.

“First, spare no effort to reach the MDGs by the 2015 deadline. Second, define a new set of goals for the new set of challenges facing our world,” he said. “Now more than ever, sustainable development – integrating economic development, social inclusion and environmental sustainability – must be our global guiding principle.” 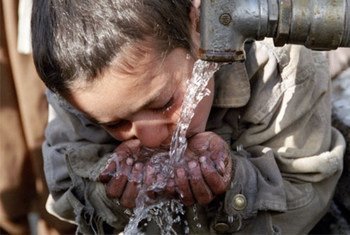 2 September 2013
Now is the time for accelerated, energized and concerted action on water and sanitation, Deputy Secretary-General Jan Eliasson today urged, calling for renewed cooperation on water management and access to adequate sanitation for the more than 2.5 billion people around the world without it.