Strengthening the ability of poor countries to produce goods and services more efficiently will boost economic growth and accelerate sustainable development, according to a new United Nations report released today.

The 115-page report, produced by the UN Office for Least Developed Countries, Landlocked Developing Countries and Small Island Developing States (UN-OHRLLS), calls for strengthened cooperation between the world’s 49 LDCs and their development partners.

It stresses that while national development rests with the LDCs themselves, support from the international community is crucial to reduce poverty in these countries.

The report calls for innovative steps at the national and global levels to jumpstart these economies. At the national level, it suggests that macroeconomic policies should go beyond the pursuit of price stability and purposefully target economic growth, job creation, and sustainable development. Also, sectoral and cross-sectoral policies need to be fully aligned to a macroeconomic framework that supports development.

“Taken together, this new policy approach should be viewed as the means to which living standards can be meaningfully and sustainably improved,” the High Representative for LDCs, LLDCs and SIDS, Gyan Chandra Acharya, said at the launch of the report.

“It is expected that these policies should contribute to increasing the dynamism of the private sector so as to transform it into a true engine of sustainable growth and development.”

Also speaking at the launch, Benin’s Foreign Minister, Nassirou Bako Arifari, said it is important to link this policy approach to the ongoing process of designing the global development agenda beyond 2015, the deadline for achieving the anti-poverty targets known as the Millennium Development Goals (MDGs).

“We strongly believe that productive capacity building should be at the heart of the new generation development policy framework of the UN. From this standpoint, this report has served a very timely purpose.”

Among its recommendations, the report says the international community should step up its assistance to the LDCs in a number of areas, including improving the quantity and quality of aid, as well as pay greater attention to the implementation of duty and quota-free treatment for their exports.

The report also urges the international community to give priority to the efforts of LDCs to accelerate the achievement of the MDGs, noting that given current trends, most LDCs will not meet most of the Goals by 2015.

UN-OHRLLS noted that several LDCs have recorded strong and rising investment rates, rapid urbanization, and robust expansion of sectors other than agriculture over the last decade. At the same time, most of these countries continue to face pervasive poverty, serious structural impediments to growth, low levels of social and human development, and high exposure to shocks and disasters. 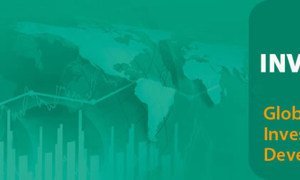 Foreign direct investment (FDI) inflows to the world’s poorest countries grew by 20 per cent last year to a record $26 billion, led by strong gains in Cambodia as well as five African countries, according to a new United Nations report.