26 September 2013
As world leaders at the United Nations General Assembly’s annual debate laid out their national priorities and exchanged views on sustainable development, many today also expressed grave concern about the ongoing crisis in Syria and urged a collective push for a peaceful, politically negotiated solution that will end the bloodshed.

The “horrific” 1994 genocide in Rwanda and appalling events in Srebrenica and Darfur should have taught the world lasting lessons, said Borut Pahor, President of Slovenia, who recalled that over the past 20 years, the conscious of the world had often been shocked by eruptions of deplorable violence.

Yet, even though the international community pledged to never again stand idle when mass atrocities were being perpetrated, “we have failed again…we are faced with another human tragedy unfolding before our eyes in Syria [and] after more than two years of brutal violence against civilians…we, the leaders of the world, have still not found a political solution in the framework of the United Nations.”

Mr. Pahor stressed that sovereignty implies that States are responsible for the wellbeing of their citizens. “It does not give them a license to kill [them],” and if they manifestly fail to protect their population, the international community has a responsibility to react. “When faced with mass atrocities, indifference is not and will not represent an option,” he said, underscoring that the report of the UN team was “clear, credible and impartial,” regarding the use of chemical weapons ins Syria.

While the United States-Russian agreement on a framework for eliminating Syria’s chemical stockpiles must be swiftly implemented, it is also important that diplomacy prevails and the issue is brought back to the Security Council. “The Council should live up to its responsibility and use all appropriate measures to comprehensively address the situation in Syria,” he said, stressing that political negotiations remain the only viable and lasting solution to the crisis and to ensure stability in the region. 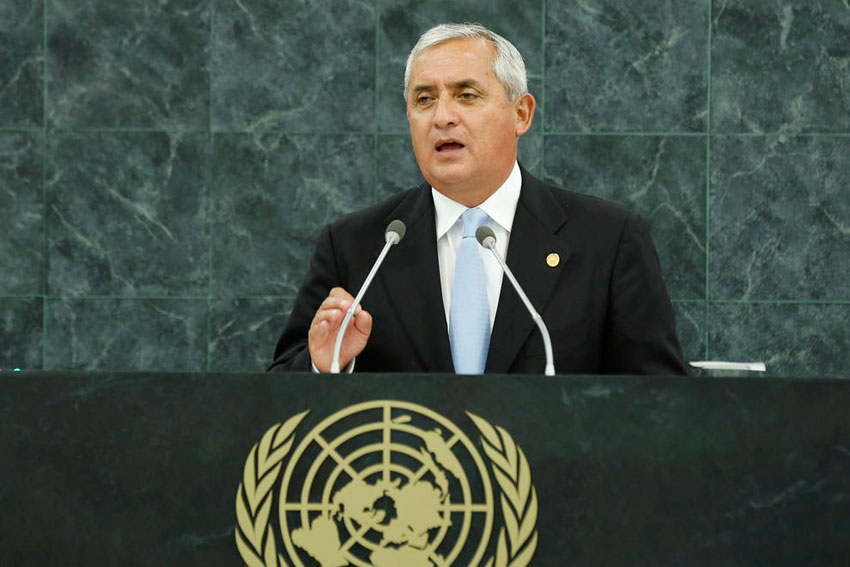 Otto Fernando Peréz Molina, President of Guatemala, a current non-permanent member of the Security Council, told the Assembly that his county’s delegation has condemned the “massacre against more than one thousand persons murdered with the use of chemical weapons.”

“We have demanded that a crime of this magnitude cannot remain with impunity,” he said, calling for a categorical response from the international community to ensure that such “deplorable acts” are not repeated.

Consistent with this position, Mr. Peréz Molina said that Guatemala supported the leadership of United States President Barack Obama, who clearly expressed that peace in Syria and the wider Middle East must be built in the framework of a political and diplomatic dialogue, “but without abandoning our international responsibility to protect the citizens of those countries and of the world posed by the threat of nuclear and chemical arms,” 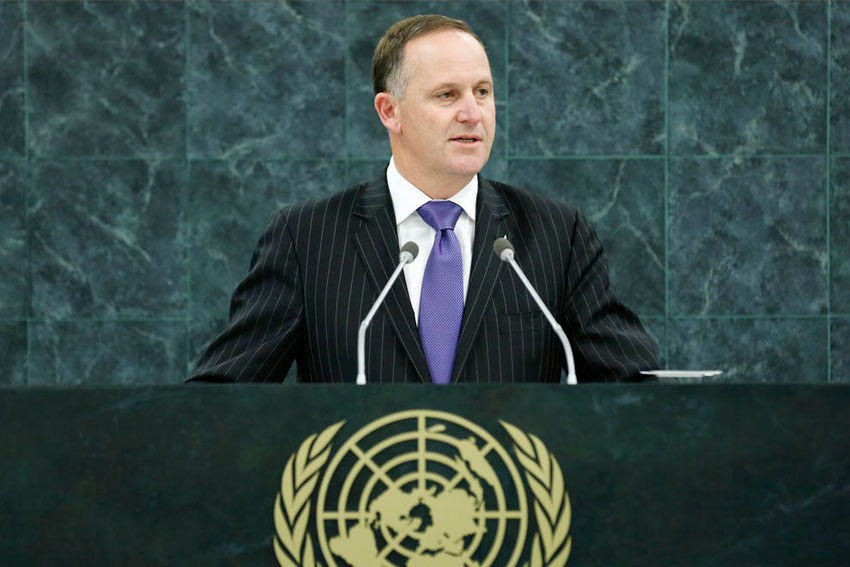 “There would be no dreadful humanitarian situation in Syria if Syria's leaders had upheld the commitments made to the international community and to the Syrian people when Syria joined this Organization and ratified the human rights covenants,” declared John Key, Prime Minister of New Zealand.

At the same time, he said the United Nations would not also have been a “powerless bystander” to the Syrian tragedy for over two years if the lack of agreement among the Security Council's permanent members had not shielded the President Bashar Al-Assad Government.

“Those responsible must be brought to account,” he said, also stressing that it is now imperative that the Council act through the adoption of a resolution establishes an effective mechanism for the destruction of those weapons and ensure protection of the civilian population. 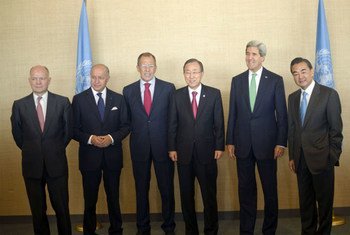 25 September 2013
The ongoing crisis in Syria was the main focus of today’s talks at United Nations Headquarters between the foreign ministers of the five permanent members of the Security Council and Secretary-General Ban Ki-moon.