5 September 2013
Donate time or money, volunteer or act with kindness, Secretary-General Ban Ki-moon urged people around the world as the United Nations marked the first ever International Day of Charity coinciding with the anniversary of the death of Mother Teresa.

Donate time or money, volunteer or act with kindness, Secretary-General Ban Ki-moon urged people around the world as the United Nations marked the first ever International Day of Charity coinciding with the anniversary of the death of Mother Teresa.

“Charity plays an important role in upholding the values and advancing the work of the United Nations,” Mr. Ban said in his message for the Day, which will be observed annually on 5 September.

“Charity sometimes gets dismissed, as if it is ineffective, inappropriate or even somehow demeaning to the recipient,” he added. “Let us recognize charity for what it is at heart: a noble enterprise aimed at bettering the human condition.”

UN humanitarian agencies rely on charitable donations from governments and the public to respond to natural disasters, armed conflicts and other emergencies, Mr. Ban said. In addition, UN bodies such as the UN Volunteers Programme (UNV) and UN Children's Fund (UNICEF) offer venues for people across the world to get involved.

Amid the 1,000 days of action to reach the eight anti-poverty targets known as the Millennium Development Goals (MDGs) and the sustainable development agenda that will build on them after the 2015 deadline, Mr. Ban said the role of charity can and should grow.

In recognition of charity's key role in alleviating humanitarian crises and human ‎suffering, as well as of the efforts of charitable organizations ‎and individuals, the General Assembly, in 2012, designated 5 September as the International Day of Charity.

The date was chosen in honour of Mother Teresa, whose life and good works for some of the poorest and must vulnerable inspired emulation across the world, Mr. Ban said.

In establishing the Day, the General Assembly asked that charity be encouraged through education and awareness-raising activities.

Among those initiatives is the UN Academic Impact's ASPIRE [Action by Students to Promote Innovation and Reform through Education], through which young people assist less fortunate peers to find the financial opportunities to go to school.

At the UN Headquarters in New York, the Permanent Mission of Hungary - in cooperation with the Department of Public Information, the UN Development Programme (UNDP), UN Office for Partnerships (UNOP) and the UN Foundation - is organizing two panel discussions to highlight the importance of non-profit organizations in development. The two discussions will concentrate on the role of charity in water and sanitation, and poverty alleviation and eradication issues. 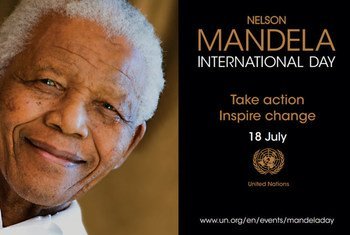