Ahead of G20 summit, Ban calls for leadership towards building more sustainable future

Ahead of G20 summit, Ban calls for leadership towards building more sustainable future

30 August 2013
As the world’s leading economies prepare to meet next week in Saint Petersburg, Russia, United Nations Secretary-General Ban Ki-moon has called on countries to show leadership and commitment to achieve a sustainable future.

“At the Saint Petersburg G20 Summit, your leadership will be critical for strengthening global economic recovery and our collective work towards building a more sustainable, just and prosperous world for all,” Mr. Ban said in a letter to members of the Group of 20 (G20). “It is truly a time for action to end poverty.”

Noting that recent crises have inflicted heavy economic and social costs on many countries and vulnerable communities, the Secretary-General emphasized that while an unprecedented global policy response had sparked a modest recovery, it remained fragile and uneven. “Thus we need to strengthen our policies to promote growth and jobs,” also urging enhanced policy coordination to mitigate the vulnerability of emerging and developing countries to adverse spillover effects.

Mr. Ban stressed that global economic recovery needs to be inclusive, and countries must strengthen their policies to promote jobs for all members of their population. In addition, enhancing international policy to mitigate the vulnerability of developing countries is necessary, he said.

Mr. Ban noted that the economic slowdown is no justification to scale back financial commitments to achieve the eight anti-poverty targets known as the Millennium Development Goals (MDGs), and urged countries to boost efforts to achieve them before their 2015 deadline.

The Secretary-General also emphasized that financing for development is “critical for accelerating progress,” and added that stronger collective action by G20 countries is essential to make strides on some of the world’s most pressing issues including food insecurity, climate change, access to education and eradicating poverty.

On International Day, UN experts urge greater protection for those fighting for rights of disappeared persons 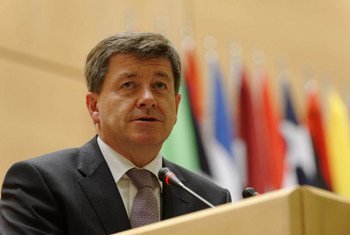