“The main priority for policymakers worldwide should be to support a robust and balanced global recovery, with a focus on promoting job creation,” said Shamshad Akhtar, UN Assistant Secretary-General for Economic Development.

Speaking at the launch of the mid-year update, Ms. Akhtar noted that the lingering global slowdown has been replaced by “measurable improvements,” such as United States growth gaining momentum and Japan growing by 3.5 per cent in the first quarter of 2013.

“Emerging economies are growing at below potential but good growth rates,” she added. “The multi-tracked growth pattern is likely to persist and drive the outlook for the rest of 2013 and 2014.”

When the UN Department of Economic and Social Affairs (DESA) published the World Economic Situation and Prospects 2013 last December, it noted that global growth weakened considerably during 2012 and is expected to remain subdued in the coming two years.

It stated that the global economy is expected to grow at 2.4 per cent in 2013 and 3.2 per cent in 2014. With existing policies and growth trends, it added, it may take at least another five years for Europe and the United States to make up for the job losses caused by the so-called Great Recession of 2008-2009.

According to the update, global growth has been revised slightly downward from the forecasts presented in December. Growth of world gross product (WGP) is now projected at 2.3 per cent in 2013, the same pace as in 2012, before gradually strengthening to 3.1 per cent in 2014, supported by an expected pickup in activity in the US.

“The report warns that risks are still tilted to the downside and have the potential to derail, once again, the still feeble recovery of the world economy,” said a news release on the report. “Short-term risks associated with the situation in the euro area, fiscal adjustments in the US and the sharp slowdown in large developing countries have diminished, but not disappeared.”

In addition, some new medium-term risks have emerged, including potentially adverse effects of the “unconventional monetary measures” in developed economies, such as Japan and the US, on global financial stability.

The report shows ongoing weaknesses in developed economies, which continue to face major risks and uncertainties. In the euro area, the risk of a near-term break-up has declined considerably, but the economic situation remains “dire.”

In the US, the avoidance of the fiscal cliff and expansion of monetary easing, along with gradual recovery in the housing sector, have somewhat improved growth prospects. Economic growth there is forecast to slow to 1.9 per cent in 2013, before picking up to 2.6 per cent in 2014.

In Japan, policymakers have taken “bold expansionary measures” in an attempt to resuscitate the economy from the grip of deflation, but the results of these policies remain “uncertain.” Gross domestic product (GDP) growth is projected at 1.3 per cent in 2013 and 1.6 per cent in 2014.

Many large developing countries, including Brazil, China, India and Russia, saw a significant deceleration in GDP growth in the past two years.

Although the report predicts GDP growth in China to be 7.8 per cent in 2013 and 7.7 per cent in 2014, an unexpected drop in China’s growth to about 5 per cent would impact economic activity worldwide, especially in commodity-exporting developing countries.

The employment situation remains a key policy challenge in a large number of economies, according to the report, which noted that unemployment in the euro area has reached an all-time high and is forecast to average 12.8 per cent in 2014.

The US unemployment rate has fallen, but remains high by historical standards, and the drop partly reflects a significant decline in labour force participation. Some further improvement is expected in the outlook period, with US unemployment forecast to average 7 per cent in 2014.

In most developing regions, labour markets have not suffered as extensively from weak demand. In parts of East Asia and South America, unemployment rates have dropped below the levels seen before the financial crisis. By contrast, employment continues to be a key problem in many African countries, despite relatively strong growth in recent years.

“A prolonged period of subdued growth and fiscal austerity in many economies has added about 4 million more to the ranks of the unemployed,” noted Ms. Akhtar. “Countries should lay out a credible plan for fiscal consolidation according to their particular circumstances with due regard to pace and sequencing, as well as qualitatively supporting job creation and social protection.” 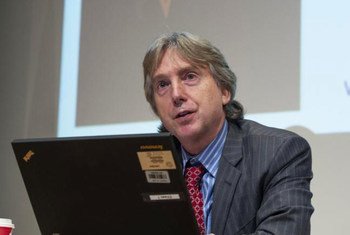 18 December 2012
World economic growth has weakened considerably during 2012 and is expected to remain subdued in the coming two years, says a new United Nations report, which calls for policy changes to spur growth and tackle the jobs crisis.