The United Nations General Assembly voted on Friday to place French Polynesia back on the UN list of territories that should be decolonized and requested the French Government to “facilitate rapid progress […] towards a self-determination process.”

Adopting a consensus resolution tabled by Nauru, Tuvalu and Solomon Islands, the Assembly affirmed “the inalienable right of the people of French Polynesia to self-determination and independence” under the UN Charter, and declared that “an obligation exists [under the Charter] on the part of the Government of France, as the administering Power of the Territory, to transmit information on French Polynesia.”

The Assembly's action places French Polynesia back on the UN list of Non-Self-Governing Territories, bringing the number of inscriptions to 17.

Although France had undertaken to furnish information on French Polynesia in 1946, along with New Caledonia, this transmittal of information stopped the following year, as stated by the delegate of the Solomon Islands.

In June 2011, the Council of Ministers of French Polynesia adopted a resolution seeking self-determination within UN processes. The Territory's Assembly adopted the resolution in August of 2011. The current text “sends a simple message of peace and hope to the population that wants to determine their future,” the delegate added.

In that light, the resolution adopted by the 193-member UN General Assembly requests the UN Special Committee on Decolonization to consider the question of French Polynesia at its next session and to report to the General Assembly at its sixty-eighth session.

It further requests the French Government, “as the Administering Power concerned, to intensify its dialogue with French Polynesia in order to facilitate rapid progress towards a fair and effective self-determination process, under which the terms and timelines for an act of self-determination will be agreed.”

Through their statements in the Assembly, the United Kingdom, the United States, Germany and the Netherlands all disassociated themselves from the consensus vote.

According to news reports, the French delegation to the UN sent a letter to Member States on Thursday announcing that it would not be taking part in the Assembly meeting. 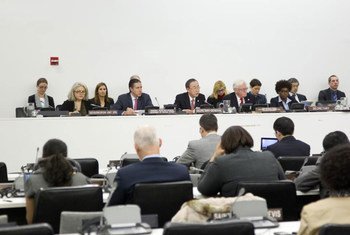