“The risk of movement, while sometimes frightening, is far more preferable to the stagnation of the status quo,” Mr. Ban told the Special Committee on Decolonization, as it began its annual programme of work at United Nations Headquarters.

More than 80 former colonies, comprising some 750 million people, have gained independence since the creation of the UN. The 16 remaining Non-Self-Governing Territories are home to nearly two million people.

“The international community is more convinced than ever that colonialism has no place in the modern world,” said Mr. Ban. “The eradication of colonialism, in keeping with the principles of the Charter and the relevant United Nations resolutions, is our common endeavour.”

He said this requires the constructive involvement of all concerned – the Special Committee, the administering Powers and the Non-Self-Governing Territories – working on a case-by-case-basis.

“The Special Committee should be at the forefront in identifying possibilities for change and in promoting priorities in the decolonization process for the benefit of all. As the intergovernmental body exclusively devoted to decolonization, the Special Committee is expected to devise fresh and creative approaches to mobilize the political will to advance its agenda.”

Mr. Ban added that the world is “in a great transition” with many old structures breaking down and new arrangements taking shape.

“In the area of decolonization, 16 Non-Self-Governing Territories require our attention,” he stated. “As we look ahead, the narrative cannot again be portrayed as ‘decolonization deferred’. We no longer have the luxury of indulging in rhetoric and rituals. Concrete action and tangible results are essential.” 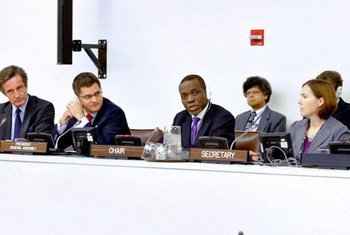