Activities such as money laundering, bribery, drug trafficking, forgery, piracy, as well as arms and human trafficking are “dangerously polluting our societies and governments and constitute an international threat that must be analyzed, comprehended and fought against by every member of the United Nations,” Mr. Lobo de Sosa said in his statement to the 67th UN General Assembly’s General Debate, which began today.

“The fight against illegal trafficking, particularly of drugs and its related activities, is a shared responsibility,” he added.

In his statement to the gathering, the Honduran President stressed that organized crime has sparked an increase in violence in his country, and underlined that measures need to be taken not just by countries that are being affected by this type of violence, but also by those who are creating demand for these illegal activities.

“My country and our citizens are victims of the bottomless appetite for drugs in developed countries, and of the greed of producers and traffickers that enrich themselves with enormous profits stained with the blood of innocent people,” he said, adding that that even though Honduras is not a drug consumer or producer, it citizens continue to die because of organized crime.

“But Honduras has not ignored this grave problem,” he continued. “In spite of our limited economic resources we are facing challenges with the necessary determination to provide integral solutions to this situation.”

President Lobo de Sosa also told the Assembly that Honduras has initiated a series of reforms in its education system to prevent further strikes by teachers which have caused children to lose some 600 school days in the last 10 years, according to the UN Children’s Fund.

“This is without a doubt a step back for society in general,” he said. “We defend the right of teachers to strike and in some occasions manifest themselves, but the right of boys and girls and youth to education they receive in school cannot be subjected to any interruption.”

The Honduran President underlined that his Government would continue its efforts to give access to education to the country’s poorest citizens to spur equal and sustainable growth and reduce extreme poverty.

Addressing the same gathering, the President of El Salvador, Mauricio Funes, also pointed to organized crime as one of the main challenges in his country. He highlighted the decline in violence in his country, which dropped from 15 to 3.8 murders every day in the past 18 months.

President Funes said this decrease in violence is due to effective Government policies, such as the recent non-aggression pact between rival gangs, which was mediated by the Catholic Church and facilitated by the Government.

“However, I need to tell you that in order to make violence and organized crime truly disappear from our countries it is necessary to modify the living conditions of million of young people without hope and opportunities,” the Salvadoran President added. “These are the tasks that as governments we must commit to in each of our countries. 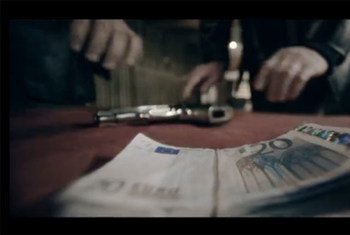