24 September 2012
The United Nations today announced the addition of Bollywood icon and former Miss World winner Aishwarya Rai Bachchan to its roster of International Goodwill Ambassadors, focussed on helping the Organization’s efforts in combating the spread of HIV infections in children.

The United Nations today announced the addition of Bollywood icon and former Miss World winner Aishwarya Rai Bachchan to its roster of International Goodwill Ambassadors, focussed on helping the Organization’s efforts in combating the spread of HIV infections in children.

At a press briefing at UN Headquarters in New York with Michel Sidibé, the Executive Director of the Joint UN Programme on HIV/AIDS (UNAIDS), the Indian actress celebrated the appointment as a “turning point” in her life, adding that her new focus on fighting the transmission of HIV/AIDS from mothers to their babies was not to “just prove a point or become a headline sensation.”

“I am honoured to accept this appointment. Spreading awareness on health issues, especially related to women and children, has always been a priority for me. And now, as a new mother, I can personally relate to this – the joys and concerns of every mother and the hope that we have for our children,” Mrs. Rai Bachchan told the gathered journalists.

“I strongly believe that every baby should be born free from HIV. And I wish that every woman living with HIV stays healthy and has access to treatment. I promise that with UNAIDS, I will do my utmost to make this happen,” she added.

“I am convinced that through her global outreach, Mrs. Rai Bachchan can help UNAIDS reach its goal of eliminating new HIV infections among children by 2015,” Mr. Sidibé told the press briefing, in addition to noting that the Bollywood actress was celebrated and recognized by fans all around the world.

According to UNAIDS, on-the-ground improvements in fighting HIV infections have already resulted in a decrease in HIV positive children throughout the Global Plan’s areas of focus.

Twenty-one of the countries accounted for in the Plan are in sub-Saharan Africa, where the estimated number of children newly-infected with HIV fell by 25 per cent from 2009 to 2011. Mother-to-child HIV transmission rates have also declined since 2010 with the introduction of more effective prophylaxis regimens.

The UNAIDS goal, however, remains to fully eradicate new HIV infections among children by 2015.

“Through her work in raising awareness of the issues and advocating for increased access to services, Mrs. Rai Bachchan will be instrumental in helping ensure that no more babies are born with HIV and that their mothers stay healthy,” Mr. Sidibé said.

“This isn’t Miss World-speak,” Mrs. Rai Bachchan added. “I do not want to be just a poster girl. I’d like to be able to actually contribute doing work, going to the sites, interacting with people, to aid the work of UNAIDS, and seeing what work needs to be done. That rings real to me.” 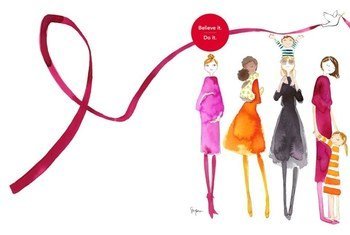 8 May 2012
The lead United Nations agency dealing with the global AIDS response today launched a campaign to help bring attention to the goal of ending new HIV infections among children by 2015 and ensure mothers living with HIV remain healthy.