UPU
Opening of the 25th Congress of the Universal Postal Union in Doha, Qatar.

24 September 2012
More than 2,000 delegates today kicked off a United Nations forum in Doha, Qatar, to examine the challenges that have arisen for the global postal sector and how to strengthen its services worldwide.

“These new realities have known no borders and have extended to all postal operators worldwide, regardless of their level of development. The Congress that opens today must champion the values of our organization: universality, solidarity and communication among peoples,” said the Director General of the UN Universal Postal Union (UPU), Edouard Dayan.

“This Congress embraces the values of the postal community, but also heralds the future, that of a modernized, efficient and solid organization, and of global postal services at the heart of the economy, trade and the information society,” he added.

The 25th Universal Postal Congress brings together postal leaders and stakeholders from the UPU’s 192 member countries to decide on the global postal sector’s future. Its theme this year is “New world, new strategy.”

In 2011, some 5.4 million employees processed and delivered 363 billion domestic letter-post items annually, as well as some 4.7 billion international items and over six billion parcels, according to a news release issued by the agency.

The Congress will examine proposals to modify the rules and regulations governing the exchange of international mail, as well as major documents recommending the way forward in areas such as postal financial services, quality of service, postal security, e-commerce and trade facilitation.

The three-week meeting hopes to adopt the Doha Postal Strategy, the UPU’s strategic document for the future. The strategy underlines the postal network’s three dimensions – physical, electronic and financial – as well as interconnection, governance and development, as key factors to strengthen postal services worldwide.

In his message to the opening session, Secretary-General Ban Ki-moon recognized the role of the global postal network in social and economic development. “Postal services are universal. They connect people throughout the world,” he said.

“By serving as natural gateways to the information society, the world’s postal outlets are helping to ensure universal access to communications,” Mr. Ban added.

The Berne-based UPU was created in 1874. In addition to maintaining a universal network that provides modern products and services, the agency establishes the rules for international mail exchanges among its 192 members and makes recommendations to stimulate mail volume growth and to improve the quality of service for customers. 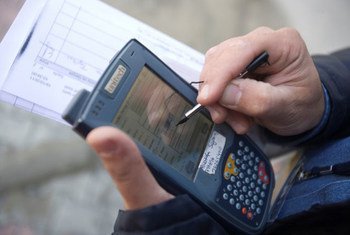