The study points to a rapid growth in postal e-services in recent years with 85 services of this kind having been introduced in 2010 alone, compared to 33 in 2007.

“What this study shows is that, as physical mail volumes decline, posts are not standing on the sidelines,” said Edouard Dayan, Director General of the Universal Postal Union (UPU). “They are being innovative and making strategic use of new technologies to diversify their products and services to meet customers’ increasingly changing needs.”

The report provides an index ranking electronic postal services worldwide and places Switzerland, Belarus, Italy, Germany and Qatar at the top of the list of countries with the best overall development of postal e-services, followed by Tunisia, France, the Republic of Korea (ROK), the United States and Canada.

The report stresses that even though industrialized countries provide on average twice the number of e-services than their counterparts in developing countries, several of the latter are providing innovative solutions.

“Innovation capacity is totally independent of wealth, which is why several posts from developing countries are considered leaders in some areas,” Mr. Dayan said.

The study divides 55 electronic services into four categories which include e-post, e-finance, e-commerce and e-government. E-post services are the most developed, followed by e-finance and e-commerce. E-government is still relatively new, with the number of countries providing such services insufficient to allow for the development of an index for this category.

In addition, the report also identified services which are considered strategically important but are currently underdeveloped. These include providing electronic signatures, notifying customers of deliveries via mobile text messages or e-mail, online changes of addresses, the provision of electronic postal certification marks, postal registered electronic mail, and electronic customs documents and digital identities.

Even though postal e-services are considered increasingly important, the study also reveals that some posts are still not giving them enough attention in terms of financing, market development and organizational management.

The study further suggests that such services currently contribute modestly to the bottom line – an average 1.5 per cent of a post’s global revenues.

“A few posts are reporting confidentially that e-services are generating upwards of 30 per cent of their revenues,” said Farah Abdallah, UPU e-services expert, who co-authored the study. “This shows that if posts develop a comprehensive digital strategy, there is potential for sustainable growth,” she added. 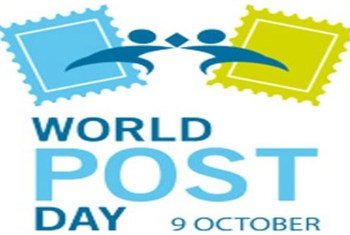 7 October 2011
In an era of rapid technological advancements, the post remains a vital communication element that links people and businesses and contributes to their economic development worldwide, the United Nations global postal agency says.