10 August 2012
Ahead of the International Youth Day, and amidst an economic crisis which has affected young people the most, United Nations Secretary-General Ban Ki-moon has called for greater and more meaningful inclusion of youth into decision-making processes around the world, while also warning of a possible “lost generation” if urgent measures are not put in place.

Ahead of the International Youth Day, and amidst an economic crisis which has affected young people the most, United Nations Secretary-General Ban Ki-moon has called for greater and more meaningful inclusion of youth into decision-making processes around the world, while also warning of a possible “lost generation” if urgent measures are not put in place.

“Today's generation of youth – the largest the world has ever known, and the vast majority of whom live in developing countries – has unprecedented potential to advance the well-being of the entire human family,” Mr. Ban said in a message for the Day, which falls on 12 August.

“The global economic crisis has hit youth the hardest, and many are understandably discouraged by rising inequalities. A large number have no immediate prospects and are disenfranchised from the political, social and development processes in their countries,” he added. “Without urgent measures, we risk creating a ‘lost generation’ of squandered talent and dreams.”

Following a recommendation from the World Conference of Ministers Responsible for Youth, the General Assembly declared 9 August to be International Youth Day in 1999. The theme of this year’s Day is ‘Building a Better World: Partnering with Youth,’ aimed at developing and engaging in partnerships with and for youth.

“On International Youth Day, I call on Governments, the private sector, civil society and academia to open doors for young people and strengthen partnerships with youth-led organizations,” Mr. Ban said. “Youth can determine whether this era moves toward greater peril or more positive change. Let us support the young people of our world so they grow into adults who raise yet more generations of productive and powerful leaders.”

In his message, the Secretary-General also noted that youth are a “transformative force; they are creative, resourceful and enthusiastic agents of change, be it in public squares or cyberspace.”

“From their pivotal role in efforts to achieve freedom, democracy and equality, to their global mobilization in support of the UN Conference on Sustainable Development (Rio+20), youth have energetically demonstrated yet again their capacity and desire to turn the tide of history and tackle global challenges,” Mr. Ban said. “We need to establish more and stronger mechanisms for youth participation. The time has come to integrate youth voices more meaningfully into decision-making processes at all levels.”

In her message for the Day, the head of the UN Educational, Scientific and Cultural Organization (UNESCO), echoed Secretary-General Ban, calling on “all Governments, youth organizations and the international community to mobilize and to engage young people in the policy-making that affects them. This is essential for building sustainable, peaceful and prosperous societies.”

“Young people are a wellspring of ideas for innovation. They are today’s thinkers, problem-solvers and catalysts for peace. They are often the world’s strongest advocates of justice and dignity,” UNESCO’s Execitve Director, Irina Bokova, said in a news release. “But they need good jobs, quality education and access to culture for all. They need to be heard and they need to be included.”

Marking the Day at UN Headquarters in New York, the UN Department of Economic and Social Affairs has, over the past few days, been holding a series of six Google+ Hangouts on themes related to the priority areas of the Secretary-General’s Five-year Action Agenda and the development of a UN System Wide Action Plan on Youth. Priority areas include employment; entrepreneurship; education, including on sexual and reproductive health; political inclusion; citizenship; and the protection of rights.

Each Hangout involves fie to six participants – ranging from United Nations experts, representatives of Member States, the private sector, academia and young people – and they are aimed at drawing attention to the issues, as well as exploring how the United Nations and civil society can partner with and for young people. 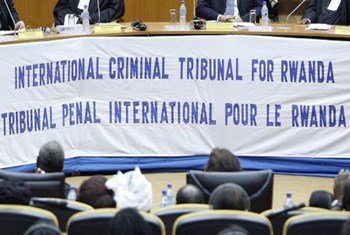