Ahead of the UN Sustainable Development Conference (Rio+20), taking place in Rio de Janeiro, Brazil next week, from 20-22 June, the UN News Centre spoke with the Conference's Secretary-General, the Under-Secretary-General for Economic and Social Affairs, Sha Zukang, about the the main issues up for discussion, as well as his thoughts on what will make the Cconference a success.

Sha Zukang: Rio+20 is where decisions on the future of our planet, our economies and our livelihoods – for the next 10 or 20 years – are going to be made. The world we live in today is not sustainable – socially, economically and environmentally. At Rio, world leaders need to renew their political commitments for sustainable development and adopt an ambitious and yet practical outcome that equals the magnitude of today’s challenges. It cannot be another talk shop.

The world is watching. Rio can deliver agreement on specific initiatives and commitments that can accelerate progress and advance well being. This can only happen by delivering actions, not just words.

UN News Centre: With so much else happening around the world, how hard is it to get the world’s attention to focus on Rio+20?

Sha Zukang: Rio+20 matters a great deal, especially with what is happening in the world today. Indeed, because of the world’s problems, it cannot afford to miss this opportunity.

With its three pillars of social, economic and environmental, sustainable development is the only way to address a host of interlinked global challenges, and come up with balanced solutions. We are in an intensive period of negotiations and the pressure is on to deliver an action-oriented outcome in line with the magnitude of today’s challenges. The current deteriorating environmental conditions, the deepening social inequities and the economic crisis bear testimony to a world profoundly in crisis.

We also should not lose sight of the simple fact that over one-fifth of humanity is severely deprived, lacking basic goods and services. Yet, on the other hand, some 20 per cent of the world population is consuming 80 per cent of the natural resources. This is unsustainable. We need to change. We need action. My message is: come to Rio ready to commit.

UN News Centre: What are some of the biggest challenges that will come up in the Rio+20 discussions?

Children in Kallayanpur slum, one of the urban slums in Dhaka. Around 28 per cent of all children in developing countries are estimated to be underweight or stunted. UN Photo/K. Park

Overall, the negotiations underway need to focus on the fundamentals and deliver a blueprint that leaders will be proud to adopt at Rio.

UN News Centre: What would be considered a successful outcome for the conference? 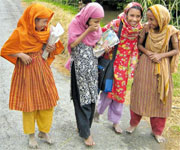 Enrolment in primary education has continued to rise, reaching 89 per cent in the developing world. But the pace of progress is insufficient to ensure that, by 2015, all girls and boys complete a full course of primary schooling. UN Photo

Sha Zukang: I would stress both participation, as well as political outcome. Over 135 Heads of State and Government are already inscribed to attend. This far exceeds the number of Heads of State who spoke at Rio in 1992 [108].

But merely being present is not enough. We hope the Conference will adopt a focused political document, building on the Rio Principles, Agenda 21 and the Johannesburg Plan of Implementation. Rio must have an action document with clear steps forward, one that defines the implementation agenda for the next 10 or 20 years.

So far, we have noted a broad and enthusiastic support for sustainable development goals (SDGs). These would complement the Millennium Development Goals (MDGs), and they would be universal and measurable. In this regard, I am pleased to see that Member States are committed to a high level of ambition for Rio, anchored on action. Just to name a few issues, these could include universal access to modern energy, clean water, and eradication of hunger.

Fast facts:
I am confident that Member States will unite behind these SDGs, with the details to be settled after Rio, and we hope to see innovative partnerships and commitments launched by Member States, the UN system, businesses and civil society, to be included in a compendium of voluntary commitments, and, logistically of course, we hope that the Conference will run smoothly.

UN News Centre: What happens if the outcome isn’t achieved?

Sha Zukang: As Conference Secretary-General, I have to be optimistic. I believe that Member States are committed to reaching an outcome. They have made progress during this past week of negotiations, and with two more days left I believe that even more progress will be made.

Logistic preparations for the Conference are all on target. Everyone – governments, major groups, business and civil society at large – are all engaged. There are over 500 side events planned and there is a lot of buzz in the media about Rio. The press is following the many issues on the agenda. Everyday articles are coming out. Twitter alone is reaching now over 400 million viewers.

But let me say that, naturally, there are differences in what should be agreed to at Rio. There are differences in how to advance a green economy in the context of sustainable development and poverty eradication, in the institutional framework, means of implementation. However, all countries are aware that the opportunity presented by Rio to muster the political will, and set the global agenda on sustainable development, cannot go to waste. So, I am optimistic. I cannot afford to be otherwise – the future of our planet is at stake.

Secretary-General of Rio+20, Sha Zukang, speaks about his hopes for the conference. UNTV

UN News Centre: How can people who are not going to the conference still get involved in Rio+20?

Sha Zukang: Rio+20 is a conference of action, of implementation. While we hope that words turn into actions, it is also important to let your voices be heard, and there are ways to get involved. The website of the Future we Want Campaign for Rio+20 has a place where you can share your ideas, your solutions and have your voice heard, and also familiarize yourself with the Rio+20 official website – everything that you need to know about the conference is there.

It is also important that people raise awareness at the local and national level. Participate in your local communities, get involved with initiatives, call on your governments to go to Rio to commit!

UN News Centre: As the head of Rio+20, what hopes do you have for the gathering?

Sha Zukang: I hope that Rio+20 will bring a transformation of mindsets, and that world leaders and their populations will realize that sustainable development is not optional, that the long term survival of humanity requires us to commit to a sustainable future at Rio+20 and to launch concrete actions. All inhabitants of the planet, the generations of today and tomorrow, deserve our best effort. 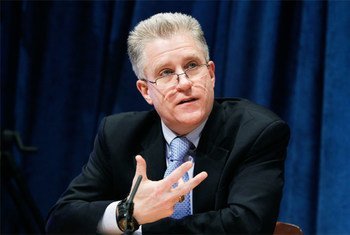