UNEP
Almost half of Sudan’s oil is pumped out of Heglig.
2 May 2012

The Security Council today called on Sudan and South Sudan to immediately end hostilities and resume negotiations within two weeks to resolve all outstanding issues, and voiced its intention to take “appropriate measures” if the parties do not comply.

In a unanimously adopted resolution, the 15-member Council determined that the prevailing situation along the border between Sudan and South Sudan constitutes “a serious threat to international peace and security.”

The Council decided that the two countries shall, among other measures, immediately cease all hostilities; unconditionally withdraw all of their armed forces to their side of the border; activate, within one week, the necessary border security mechanisms; and immediately cease hostile propaganda and inflammatory statements in the media.

It also decided that Sudan and South Sudan shall unconditionally resume negotiations – to be concluded within three months – to reach agreement on arrangements concerning oil and associated payments, the status of nationals of one country resident in the other, resolving the status of disputed and claimed border areas and border demarcation, and the final status of the disputed area of Abyei.

The Council “expresses its intention, in the event that any or all of the parties have not complied with the decisions set forth in this resolution, to take appropriate additional measures under Article 41 of the Charter as necessary.”

Article 41 falls under the UN Charter’s Chapter VII, which deals with threats to the peace, breaches of the peace and acts of aggression. It states that the Council may decide what measures – not involving the use of armed force – are to be employed to give effect to its decisions, and it may call on the Members of the United Nations to apply such measures. 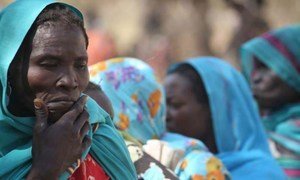 Following a briefing on the situation on the border between Sudan and South Sudan, members of the Security Council today urged an immediate ceasefire and a return to negotiations for the two countries.