IRIN/Derk Segaar
Returnees to South Sudan loading their belongings onto a barge at the wharf in Kosti.

1 May 2012
The top United Nations humanitarian official in Sudan today voiced concern over the plight of thousands of citizens of neighbouring South Sudan who are stranded at the Kosti river port on the White Nile, where they have been waiting for barges to take them back to their country.

Between 12,000 and 15,000 South Sudanese are stranded at the Kosti barge embarkation station in Sudan’s White Nile state, and many of them been waiting for months for transportation back to South Sudan, according to the UN Resident and Humanitarian Coordinator for Sudan, Ali Al-Za’tari.

“Kosti, a major town on the White Nile, is a significant transit point for South Sudanese returning to South Sudan,” said Mr Al-Za’tari. “As those awaiting repatriation from Kosti to South Sudan are in a vulnerable position and lack many basic services including adequate shelter, vital and quick collaboration is needed from Sudan and South Sudan to alleviate the hardship of those stranded.”

According to press reports, the official Sudanese new agency, SUNA, reported over the weekend that authorities had ordered the South Sudanese nationals stranded at Kosti to leave their camps within a week.

Mr. Al-Za’tari noted that those stranded require Sudan and South Sudan to cooperate to facilitate their river transport, and are also in need of international assistance with basic services such as food, water and health care.

The humanitarian official acknowledged that major efforts have been made over the past year by the Sudanese Government and national and international humanitarian organizations to facilitate the movement of South Sudanese citizens who chose to return to their country, which became independent from Sudan in July last year.

Mr. Al-Za’tari urged the Sudanese Government to continue to work closely with the UN and its humanitarian partners to ensure that the movement of people from Sudan to South Sudan is safe and quick.

Outstanding post-independence disputes between Sudan and South Sudan have escalated into armed confrontation along the border areas in recent months amid exchanges of hostile rhetoric.

South Sudanese troops had invaded Sudan’s oil-producing region of Heglig in South Kordofan state before departing recently, and Sudanese forces have been carrying out bombing aerial raids inside South Sudan. Various UN officials, including the Secretary-General and the head of the UN peacekeeping operation in South Sudan, as well as the Security Council, have called for a return to negotiations to resolve the outstanding issues. 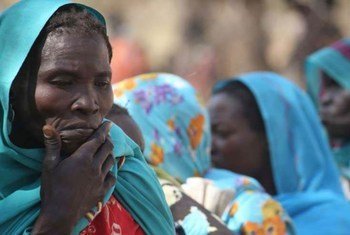 24 April 2012
Following a briefing on the situation on the border between Sudan and South Sudan, members of the Security Council today urged an immediate ceasefire and a return to negotiations for the two countries.