The Central Emergency Response Fund (CERF) has disbursed more than $2 billion in assistance since it was launched in 2006, making it the world’s largest source of humanitarian funding.

Managed by the UN Office for the Coordination of Humanitarian Affairs (OCHA), the fund has enabled the fast delivery of life-saving assistance to people affected by natural disasters and other crises in some 80 countries over the past five years.

“CERF is a United Nations success story,” Secretary-General Ban Ki-moon said at the start of the pledging conference held at UN Headquarters.

“It is flexible, and responsive to the needs of people. It provides a service, with low costs, that would otherwise not exist. And it has a clear, measurable impact.”

This year about $400 million has been disbursed by the fund to help some 29 million people across 45 countries, including for UN efforts to overcome the Horn of Africa crisis, the drought in Niger and the floods in Central America.

Mr. Ban noted that many, both in the developing and developed worlds, are facing financially difficult times, and it is essential that every dollar spent on humanitarian aid is spent to maximum effect.

“Money given to CERF is money well spent,” he told the representatives from governments, the private sector and civil society. “It is guaranteed to go to the people who need it most, in time to make a difference.”

Denmark became one of the largest donors after it announced it would double its contribution to nearly $18 million. There were also two new donors, Uruguay and Niger, which brings the total number of donors to 46 countries.

In the last six years, a total of 126 States and observers, as well as some 30 public and private donors, have contributed to the fund.

“I thank Member States for their strong support, which underscores their continued belief in CERF, and will enable us to help even more people in need,” said Under-Secretary-General for Humanitarian Affairs and UN Emergency Relief Coordinator Valerie Amos, who also chaired the pledging conference.

Migration policies should protect rather than infringe human rights – Ban 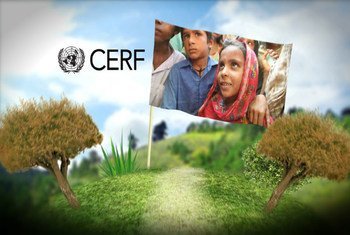 15 December 2011
United Nations humanitarian officials say they are hopeful of raising hundreds of millions from donors for the fund set up to ensure rapid and reliable assistance for people caught up in disasters or conflicts.