16 December 2011
The United Nations nuclear watchdog today welcomed Japan’s announcement that it had successfully stabilized the reactors at the Fukushima Daiichi nuclear power plant that was damaged earlier this year and that the release of radioactive materials is under control.

A massive earthquake and tsunami on 11 March knocked out water cooling systems at the plant, contaminating air, water, plants and animals with radioactive plumes dozens of kilometres from the site, and threatening a total meltdown of the fuel rods in the worst civilian nuclear crisis since the deadly Chernobyl power plant explosion in the then Soviet Union 25 years ago.

Japan said today that the reactors have achieved a “cold shutdown condition,” according to a statement issued by the Director General of the International Atomic Energy Agency (IAEA), Yukiya Amano.

A cold shutdown is reportedly when water used to cool nuclear fuel rods remains below boiling point, preventing the fuel from reheating. It is an important milestone and concludes the second phase of a plan to completely decommission the plant, which can take up to 30 years, according to media reports.

Last month, the IAEA completed its assessment of Japan’s response to nuclear contamination in areas around the Fukushima power plant, highlighting areas of progress and offering advice on issues where the mission felt that current practices could be improved.

The mission concluded that “a lot of good work, done at all levels, is ongoing in Japan in the area of environmental remediation,” and that the authorities adopted a very cautious approach in the early phases of the accident.

At the same time, it stated that there is room to take “a more balanced approach, focusing on the real priority areas, classifying residue materials and adopting appropriate remediation measures on the basis of the results of safety assessments for each specific situation.”

In its statement today, the IAEA said that overall the Tokyo Electric Power Company (TEPCO), which owns the plant, and the Japanese Government have made “significant” progress, and the Agency is continuing to monitor the status of the plant and the radiological situation in Japan following the March disaster.

“The Agency continues to stand ready to provide necessary assistance to Japan as requested,” it added.

Migration policies should protect rather than infringe human rights – Ban 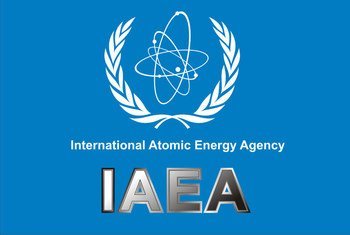 15 November 2011
The United Nations atomic energy agency today completed its assessment of Japan’s response to nuclear contamination in areas around the Fukushima Daiichi nuclear power plant that was damaged during the massive earthquake and tsunami that struck the country in March.