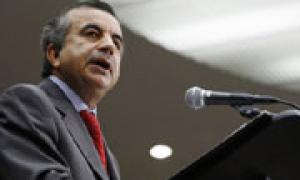 On-going work on reshaping the size and membership of the Security Council and making the vital organ of the world body more democratic is finally heading for serious negotiations, the Ambassador to the United Nations for Afghanistan, Zahir Tanin, told the press today.

“Security Council reform is sometimes dismissed as a cocktail party pastime for ambassadors, but I think, if it was the case before, those days are definitely over,” said Mr. Tanin, who chairs the intergovernmental working group dealing with the restructuring the Council.

The ambassador told journalists at UN Headquarters in New York that the competition over different reform proposals has ended and intergovernmental negotiations towards compromises are on the agenda of the General Assembly, which comprises of all 192 Member States.

The key issues concerning reform of the 15-member Council – five permanent members with veto power and 10 one-year rotating memberships – include the category of membership, the question of veto, regional representation, size of an enlarged Security Council, and working methods of the Security Council and its relationship with the General Assembly.

Only decisions of the Security Council are binding on Member States, not those of the General Assembly.

“The overwhelming majority of the Member States made it clear to us that it is not about negotiations on negotiations, but ? the aim is an early reform as the world's leaders expressed in the World Summit's outcome document in 2005.

“It's up to the Member States, in particular the five permanent [members], to help get the outcome that is needed,” added Mr. Tanin.

The working group will be presenting the General Assembly with a plan for discussion of how and when to negotiate Council reforms on 19 February.

The membership of the Security Council and other key international institutions must be urgently broadened if the world is to overcome its most acute crises, French President Nicolas Sarkozy told the General Assembly’s high-level debate today.