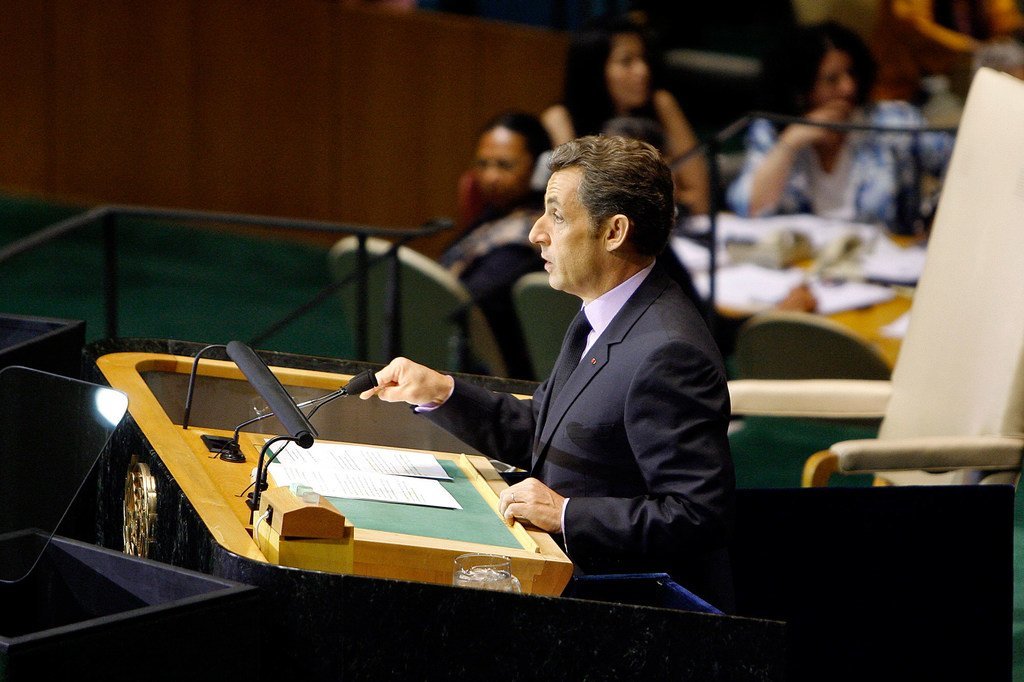 The membership of the Security Council and other key international institutions must be urgently broadened if the world is to overcome its most acute crises, French President Nicolas Sarkozy told the General Assembly’s high-level debate today.

Speaking before dozens of heads of State and government on the annual debate’s opening day, Mr. Sarkozy said it was time to reform the major global institutions to reflect changing conditions, and not the world as it was many decades ago.

“Enlarging the Security Council and the G-8 [bloc of industrialized nations] is not just a matter of fairness; it is also the necessary condition for being able to act effectively,” said Mr. Sarkozy, who spoke on behalf of both France and the 27-member European Union, whose rotating presidency his country currently holds.

Earlier this month the General Assembly adopted a decision to begin intergovernmental negotiations on Security Council reform in informal plenary by February next year.

Mr. Sarkozy stressed that international institutions must become “more coherent, more representative, stronger and more respected” if they are manage the most pressing or intractable crises, such as the current problems in global financial markets.

“I am convinced that it is the duty of the heads of State and government of the countries most directly concerned to meet before the end of the year to examine together the lessons of the most serious financial crisis the world has experienced since that of the 1930s.”

He warned that on all major issues, including the conflict in the Sudanese region of Darfur, the fight against terrorism and efforts to combat climate change, “we have a duty to act, not endure.

The consensus achieved by Member States on the issue of Security Council reform was nothing less than a “breakthrough” and marked a dramatic finish to the 62nd session of the General Assembly, former president Srgjan Kerim said today.