© UNICEF/Andriy Boiko
A pregnant woman sits outside what remains of her home after it caught fire during heaving shelling in Shybene, Kyiv Oblast, Ukraine.

Rosemary DiCarlo was briefing the Security Council alongside the Resident and Humanitarian Coordinator for Ukraine, Denise Brown, who said that with each passing day, UN teams on the ground were facing “new dimensions to the emergency.”

“We are on a path of further escalation, which can only cause more suffering to the people of Ukraine, Russia, and the rest of the world”, Ms. DiCarlo told ambassadors.

Warning against further talk of any nonconventional weapons use on the battlefield, she singled out the risk posed by military activity around the Russian-held Zaphorizhzhia Nuclear Power Plant.

Whether intentional, or accidental, any further damage, “could have catastrophic consequences. Any military activity against, from or near the site, must cease immediately.”

As of 18 October, official UN figures show 15,956 civilian casualties so far: 6,322 killed and 9,634 injured since Russia’s invasion of 24 February. At least 397 children have been killed in the war since 24 February. The actual figures are likely much higher, she said.

The Political Affairs chief said Russia’s new missile offensive targeting civilian infrastructure in towns and cities in recent days, since the explosion on the bridge to Crimea, was a concerning development.

These attacks threaten to expose millions of civilians to extreme hardship and even life-endangering conditions over the freezing winter, she said, reminding that under international humanitarian law, attacks targeting civilians and civilian infrastructure are prohibited.

She said accountability for international crimes committed during the war, “remains crucial, as new allegations of atrocities have emerged in areas that have recently returned to Ukrainian Government control. We must not let impunity prevail.”

She noted the global impact of the war in Ukraine is “substantial and growing”, calling for the extension of the UN-led Black Sea Grain Initiative to export vital foodstuffs markets in need.

"The United Nations will spare no effort to achieve greater food security for all populations.”

She said the General Assembly had been clear that so-called referendums and attempted annexations of southern and eastern regions in Ukraine by Russia, had “no validity under international law and do not form the basis for any alteration of the status of these regions of Ukraine.”

The Assembly has also expressed strong support for de-escalation and a peaceful resolution of the conflict through political dialogue, negotiation, mediation and other peaceful means, “with respect for the sovereignty and territorial integrity of Ukraine within its internationally recognized borders and in accordance with the principles of the Charter.”

An end to the war based on the Charter and international law, was “the surest way to ensure that the tremendous suffering of civilians in Ukraine will cease.”

“The people of Ukraine are under tremendous stress. Mental health issues are emerging, and this will be one of the most devastating and long-lasting legacies of this war.

The sheer depth of the humanitarian catastrophe is staggering.”

She said according to UNICEF, some 5.7 million school children have been affected since the start of the war.

The World Health Organization says there have been over 630 verified attacks on healthcare, and with each passing day, “new dimensions” emerge.

Firstly, temperatures are plummeting and the destruction of civilian infrastructure has accelerated with the Russian missile attacks.

“The damage to power and thermal plants means that life will be even harder for the already vulnerable, including elderly people and those with disabilities. There is an increased risk of even more death in the months ahead because civilians may not have access to the essential services to survive.”

She told ambassadors that to address essential needs, the UN has developed a “separate, specific plan for the winter months, built at the oblast level in coordination with authorities.”

Despite all the challenges, “we are helping people. Already this year, more than 590 humanitarian partners are now delivering critical assistance and protection countrywide. Many of them are national and local aid organizations, women-led organizations and volunteers who are on the forefront of these efforts. We must commend their leadership, bravery and commitment.”

Together, more than 13 million people have been reached by humanitarians across the country.

Secondly, she said newly accessible areas meant being able to reach new communities with humanitarian assistance and essential services, but in liberated areas of Kharkiv, Kherson and Donetsk, the threat of landmines and unexploded ordnance contamination is hindering operations.

Psychosocial trauma is emerging as a further dimension to civilian suffering, with the Ukrainian Ministry of Health and WHO reporting that at least 10 million people will need psychosocial support.

“This includes women and girls suffering sexual violence and other forms of gender-based violence, children hearing warning sirens daily, families who have been separated, or people just trying to survive every day.

“In areas where the Government of Ukraine has regained control, particularly in rural areas, civilians who have witnessed or experienced terrible violations and ongoing hostilities, are among the most most at risk."

She said humanitarian access to those most in need, remains a consistent challenge. She said regular requests continue to be made to cross the frontline, but agreement has been elusive.

Operationally, she told the Council, we are ready to move with interagency convoys and aid personnel into non-Government controlled areas held by Russia and their allies.

“The consequences of not delivering assistance to the estimated millions of people in these areas are dire, particularly with the winter months already upon us.

"We must be able to alleviate the human suffering caused by this war.” 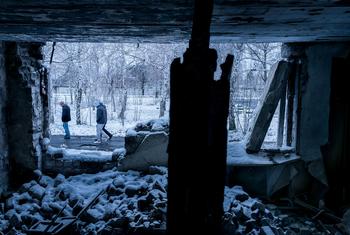 The UN General Assembly passed a resolution by a large majority on Wednesday, calling on countries not to recognise the four regions of Ukraine which Russia has claimed, following so-called referendums held late last month, and demanding that Moscow reverse course on its "attempted illegal annexation". 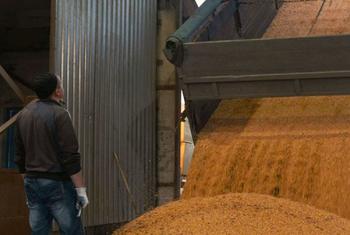 A new report from UN trade and development body UNCTAD published on Thursday shows how the UN-led Black Sea Grain Initiative has provided hope for millions impacted by rising prices and reduced supplies of staple foodstuffs from war-torn Ukraine.