WHO
Marking World Mental Health Day each year, WHO focuses on raising awareness of the scale of suicide around the world and the role that each of us can play to help prevent it.

Did you know that Africa has the highest suicide rate in the world? To reverse that worrying statistic, the UN health agency WHO on Thursday launched a social media campaign to raise awareness around mental health illness, which is believed to account for up to 11 per cent of the risk factors that are associated with suicide.

“Every death by suicide is a tragedy,” said Dr. Matshidiso Moeti, WHO Regional Director for Africa, who maintained the suicide prevention was “rarely a priority” in national health programmes.

Around 11 people per 100,000 per year die by #suicide in the #African region – higher than the global average of nine per 100,000 people. Today, WHO launched a campaign to raise awareness &amp; spur action for #SuicidePrevention in the region 🌍 ➡️ https://t.co/f5ltMBF5cp https://t.co/Sji0z0JVDs

Ahead of World Mental Health Day on 10 October, she called for “significant investment…to tackle Africa’s growing burden of chronic diseases and non-infectious conditions - such as mental disorders - that can contribute to suicide”.

According to WHO, mental health problems affect 116 million people in the African region, up from 53 million in 1990.

The continent also has six of the top 10 countries for suicide in the world, while the agency also noted that for each suicide in Africa, there are an estimated 20 suicide attempts.

Despite the urgency of the problem, African governments allocate less than 50 US cents per person to treat mental health problems, says WHO. This is five times more than in 2017, but it is still well below the recommended $2 per person for low-income countries.

Additionally, mental health care is generally not included in national health insurance schemes, WHO said, noting that in Africa, there is only one psychiatrist for every 500,000 inhabitants.

This is 100 times below the WHO recommendation. Additionally, mental health workers mostly work in urban areas, often leaving rural communities without any support.

“Mental health is integral to wholesome health and well-being yet far too many people in our region who need help for mental health conditions do not receive it. It’s time to for radical change,” Dr Moeti said. “Ongoing efforts by countries should be reinforced and broadened to make mental healthcare a public health priority in the African region.”

The WHO already supports countries in their efforts to step up mental health services in Africa.

This includes assistance for primary health care workers in Zimbabwe, who receive training to boost quality and access to mental health services.

In Kenya, Uganda and Zimbabwe, a survey of investment needs for mental health services has been completed and advocacy is now underway to secure the resources needed.

The WHO also supports Cabo Verde and Cote d’Ivoire with national suicide situation analysis, as a first step towards devising effective response measures.

Accelerated action needed to save 12,000 lives a day due to injury, violence 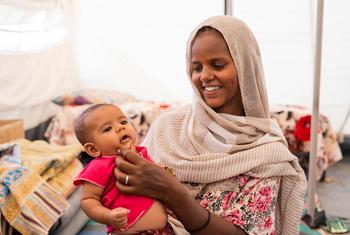 Almost one in five women will experience a mental health condition during pregnancy or in the year after the birth, the UN health agency said on Monday, launching new recommendations for health authorities worldwide, to help improve women’s lives. 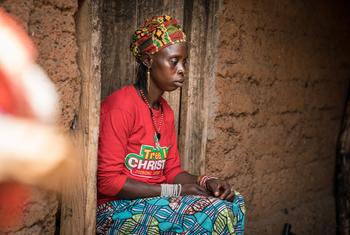 Mental health support must be included in national responses to climate change, the World Health Organization (WHO) said in a new policy brief, launched on Friday at the Stockholm+50 environmental summit.