WHO/Yemen
As part of his treatment for mental health, a displaced boy sculpts a replica of his house which was damaged in Sa'ada, Yemen.

Worldwide, it is estimated that one in five adolescents experience mental health challenges, though most remain underdiagnosed and undertreated. Marking Mental Health Day on Wednesday, the UN World Health Organization (WHO) is focusing on the psychological well-being of young people aged 10 to 14, to stave off conditions that can impact their lives deep into adulthood.

Join @DrTedros and @ladygaga in a global effort to change how the world addresses #mentalhealth. Read more about what they stand for: https://t.co/XGDevQT5B8 via @guardian pic.twitter.com/aYU4XHFbPU

“Poor mental health during adolescence has an impact on educational achievement and increases the risk of alcohol and substance use and violent behavior,” said UN Secretary-General António Guterres, in a statement, stressing that many children and teenagers caught up in conflicts and disasters worldwide, are particularly at risk of psychological distress.

According to WHO, half of all mental illnesses begin by the age of 14, but most cases go undetected and untreated. Depression is one of the leading causes of illness and disability among adolescents and suicide is the second leading cause of death among 15 to 29 year-olds.

The harmful use of alcohol and illicit drugs among adolescents is a major issue in many countries and can lead to self-destructive behaviour such as unsafe sex or dangerous driving. Eating disorders are also of concern.

“A great deal of mental health conditions are both preventable and treatable, especially if we start looking after our mental health at an early age,” said Mr. Guterres.

Referring to the commitments of the 2030 Sustainable Development Agenda, he regretted that, while Member States agreed collectively to “leave no one behind”, “those struggling with mental health problems are still being marginalized”.

WHO notes that “evidence is growing that promoting and protecting adolescent mental health benefits not just adolescents’ health, in the short- and the long-term, but also economies and society as whole, with healthy young adults able to make greater contributions to the workforce, their families and communities”.

If we change our attitude to mental health, we change the world. - UN chief  António Guterres

Among the various actions that Governments can take, WHO recommends investing in: greater integration of mental health into broader health and social care systems, under the umbrella of universal health coverage; mental health resilience-building through parents and teachers; and psycho-social provision in schools and community spaces, especially in hardship contexts such as conflict and natural disaster settings.

“The United Nations is committed to creating a world where by 2030 everyone, everywhere has someone to turn to in support of their mental health, in a world free of stigma and discrimination,” said the UN chief.

WHO: Let’s talk about depression – focus on adolescents and young adults
♦ Receive daily updates directly in your inbox - Subscribe here to a topic.
♦ Download the UN News app for your iOS or Android devices. 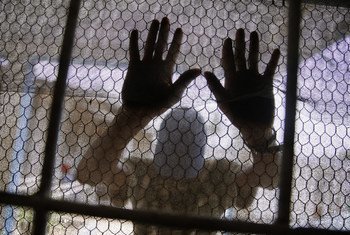 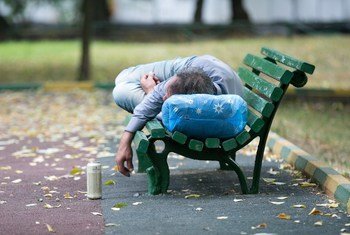 More one in 20 deaths in 2016 – 3 million people, mostly men – were caused by harmful use of alcohol, according a report released on Friday by the World Health Organization (WHO).