© UNICEF/Aleksey Filippov
Alina and Artem, who are both aged nine and from the northeastern city of Kharkiv in Ukraine, sit on a makeshift sofa in the underground car park which serves as a bomb shelter.

The UN Special Adviser on the Prevention of Genocide briefed the Security Council on Tuesday, reinforcing concerns already voiced by other senior UN officials in the chamber, over “the heightened risks” of sexual violence, and trafficking, which are “significantly impacting women and children”, following the Russian invasion of 24 February.

Beginning her briefing with a wider perspective, Wairimu Nderitu said that hateful and contentious narratives that form in the wake of growing hostility, violence and discrimination, could have a “devastating impact” on societies at large.

“We saw it in the lead up to the Holocaust, in Rwanda in 1994” and also in the ethnically-charged Bosnia conflict between Muslims, Serbs and Croats in the mid-1990s, she said, reminding that “ending wars require sustained actions”, including countering acrimonious rhetoric, hate speech online and offline, and rights violations that impact lives and livelihoods.

“This is done in full respect to the essential right of freedom of expression as provided under international human rights law,” she said.

The special Adviser recalled the Secretary-General’s visit to the region, his call for a cessation of hostilities and her office’s work in supporting inter-communal dialogue efforts with the UN Country Team there.

Meanwhile, “the continued deterioration of the situation,” has prompted the Special Adviser to urge all in a position of influence to “redouble their efforts to contribute to the restoration of peace”.

She called on religious leaders to use their influence to support efforts to solve the ongoing conflict, not to inflame it further and reminded that advocacy of national, racial, or religious hatred that constitutes incitement to discrimination, hostility or violence, is prohibited under international law.

‘We must work harder’

In terms of allegations that could constitute the possible commission of genocide and war crimes in Ukraine, she said that could only be decided “by a court of competent jurisdiction”, adding that her office “does not carry out criminal investigations on specific incidents, present or past”.

While the Special Adviser role is for prevention, not adjudication, she again called for “an end to this war, to ensure the protection of civilians and to accelerate diplomatic efforts to make both possible”.

“Prevention focuses on the future, and on the past too, and the outpouring of hostility in response to this war means we must work harder to protect everyone,” she said.

She urged the Council and concerned parties to “articulate an inclusive vision, propose a roadmap…that is not indifferent to injustice”.

While a “solution is possible with commitment on the part of everyone,” she reminded however, that with every continued delay “the escalation of human suffering continues”. 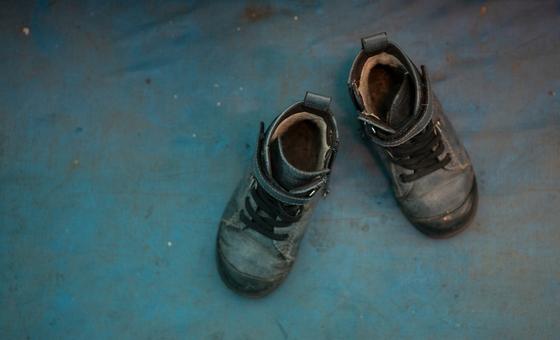 Liubov Tsybulska, Head of the Centre for Strategic Communication and Information Security, a Ukrainian Government-established think-tank, said that “thousands” of pieces of evidence were now pointing to Russian war crimes.

She also cited “genocidal rhetoric” gleaned from Russian media that refers to Ukraine as a “fake nation” that does not “deserve to exist”.

Recalling Soviet-era tactics to starve the enemy, she accused Russia of “bringing famine”, and said that some Russian troops were expressing “pride and approval” over abuses being committed.

Ms. Tsybulska highlighted what she said were efforts to destroy Ukrainian culture and wondered: “Why do the Russians hate us?”.

Jared Cohen, CEO of Jigsaw and Adjunct Senior Fellow at the US Council of Foreign Relations, spoke in depth about cyber warfare and how it has been waged during the Ukraine war.

“Like air, land and sea, the internet has become a critical domain to occupy during war,” he said, describing what Ukraine has experienced thus far, as “a crystal ball of what is likely to come” in the future.

He zeroed in on “vectors of attack,” including on critical infrastructure, via “traditional hacking”; distributed denial-of-service (DDoS) attacks, or malicious attempts to disrupt normal website traffic; and midsized and large attacks - or “microfloods” - that can significantly ramp-up the complexity of attacks.

Mr. Cohen pointed to the online effort to undermine Ukraine’s Government and leadership.

As an example, “deep fakes of alleged cocaine addiction were used to cede and feed a harassment campaign against President [Volodymyr] Zelenskyy” to undermine his credibility, in a bid to tip support toward Russia, he said.

© UNICEF/Ashley Gilbertson
A woman walks through a tunnel in a subway station in Kharkiv in Ukraine, where people are sheltering for safety from the conflict above.
♦ Receive daily updates directly in your inbox - Subscribe here to a topic.
♦ Download the UN News app for your iOS or Android devices. 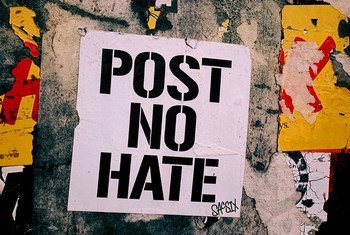 Hate speech incites violence, undermines diversity and social cohesion and “threatens the common values and principles that bind us together,” the UN chief said in his message for the first-ever International Day for Countering Hate Speech. 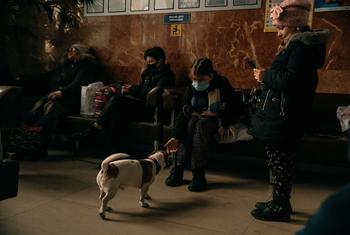 Critical relief supplies for nearly 64,000 people have been delivered to Kramatorsk and Sloviansk, two cities in the Government-controlled areas of the eastern Donetska oblast, or region, in Ukraine, the UN humanitarian agency OCHA reported on Tuesday.