Special Rapporteur Morris Tidball-Binz called on the international community to step up support for Ukraine’s own investigations, and welcomed progress made so far by the Office of the Prosecutor General in ensuring perpetrators are brought to justice.

🇺🇦#Ukraine: The intl community must step up its support for national investigations into alleged war crimes &amp; crimes against humanity in the context of #Russia's armed attack, &amp; all investigators should work together –UN expert Morris Tidball-Binz.https://t.co/NhaTqe5kPk pic.twitter.com/YtMFSVXt3w

He also commended the international community’s swift mobilization in establishing mechanisms and initiatives to collect, document and preserve evidence of violations of human rights and international humanitarian law, including unlawful killings, committed during the Russian invasion of the country.

Mr. Tidball-Binz said these mechanisms can play a key role in supporting the work of the Prosecutor General’s Office, as well as other “accountability frameworks” such as the International Criminal Court (ICC) and national prosecutions by parties to the conflict and in States with universal jurisdiction.

“It is therefore of paramount importance that the Office of the Prosecutor General of Ukraine, which is leading the investigations in the country, receives all the support and resources necessary to ensure the adequate coordination of investigative efforts under its responsibility in Ukraine,” he said.

The rights expert stressed that “to achieve progress and deliver tangible results”, this support must respect national ownership of investigative efforts, if in line with relevant international norms and standards.

He warned that without coordination, “there is a considerable risk of overlap and duplication to the detriment of the effectiveness and efficiency of investigations”.

For example, the identification of deceased persons requires proper the collection, analysis and matching of information, he said.

“Proper coordination can also prevent the re-traumatisation of victims and witnesses arising from being interviewed multiple times by different investigators, and ensure that interviews fit into the overall investigative strategy,” he added.

© UNICEF/Ashley Gilbertson VII Photo
In Kharkiv, Ukraine, a man places his hand to the window of a train car as he says goodbye to his wife and children before they depart on a special evacuation train.

Furthermore, all investigations must conform to international standards, including the UN Principles on the Effective Prevention and Investigation of Extra-legal, Arbitrary and Summary Executions.

“International law requires that investigations be prompt, effective, thorough, independent, impartial and transparent,” he added. “To this end, proper coordination and adequate data management are fundamental requisites, particularly in complex cases, such as those under investigation in Ukraine.”

Mr. Tidball-Binz, a medico-legal expert, explained that investigations of war crimes and crimes against humanity require multiple areas of expertise and specialised knowledge so that the high volume of sensitive and complex evidence can be adequately collected, documented and securely preserved.

Identification of human remains, and their dignified treatment, is paramount, and coordinating efforts here is “absolutely essential” here, he said, “for adequately resolving cases of enforced disappearances and preventing the dead from becoming missing persons.”

He again urged all stakeholders to comply with applicable international norms and standards, and to actively coordinate among themselves, not only to avoid duplication but also in the best interest of the victims.

The expert also underlined his readiness to assist and offer technical advice on these matters.

Mr. Tidball-Binz was appointed by the UN Human Rights Council and is part of its Special Procedures mechanism, in which independent experts are given mandates to report on specific country situations or thematic areas.

He is not a UN staff member and does not receive a salary for his work. 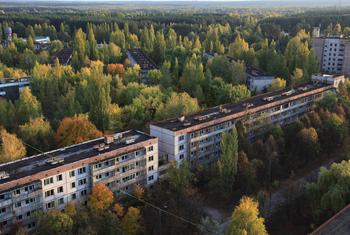