Governments and pharmaceutical companies need to work together in a better way, to deliver vaccines “to every person, everywhere” – not simply in the wealthiest nations, said the UN chief on Friday.

Fully funding the @ACTAccelerator is essential for ensuring equitable access to #COVID19 tests, treatments and vaccines.The @gavi #COVAX AMC is a key part of this partnership by ensuring vaccines reach everyone, everywhere.Learn more: https://t.co/GuplDQqo9q #breakCOVID

Mr. Guterres said in order to reach the billions who have so far not received vaccine shots, countries needed to fulfil and accelerate dose-sharing and donation commitments to COVAX, with better quality of supply.

“And it means having strong national vaccine-delivery systems at the ready - including efforts to counter disinformation and get vaccines into arms. I also call on countries to commit new funding for the ACT-Accelerator and COVAX this year.”

He said the summit was “a critical reminder that the COVID-19 pandemic is far from over. We’re seeing 1.5 million new cases each day. Large outbreaks are spreading in Asia”, he continued together with “a new wave sweeping across Europe.”

And some countries are reporting their highest death rates since the start of the pandemic.

He said the spread of Omicron – now surging in the form of the BA2 variant in many parts of the world – was “a startling reminder of how quickly COVID-19 can mutate and spread — especially in the absence of high vaccination coverage.”

A third of the planet is still lacking even one dose, and yet, some high-income countries are preparing for their second booster doses, the UN chief said.

“This is a brutal indictment of our deeply unequal world. It’s also a prime breeding ground for new variants, more deaths, and increased human and economic misery.

We are far from our target of every country reaching 70 per cent vaccination coverage by the middle of this year, he stressed, and with new variants emerging roughly every four months, “time is of the essence.”

He said there was plenty of global supply of vaccines, with 1.5 billion doses per month being manufactured, and the “remarkable” procurement, shipment and delivery system, of the COVAX Facility and its Advance Market Commitment mechanism, had managed to deliver 1.2 billion doses so far to countries in need.

“This proves that progress is possible. But the window is closing fast. And we need to help all countries prepare for future pandemics by multiplying the number of countries able to locally produce tests, vaccines and treatments.”

Although the pandemic is not over, “it can be” he said. “Let’s end it together.” 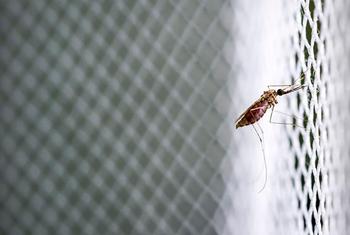 “Arboviruses” might not be something most of us are familiar with, but for almost four billion people, they’re a deadly threat – which is why the UN health agency on Thursday, launched a plan to prevent them from causing a new pandemic. 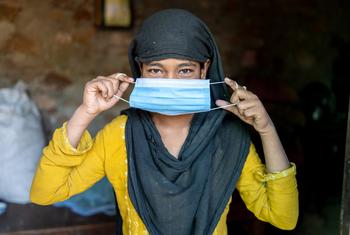 A third of the world remains totally unvaccinated against COVID: Tedros

A third of the world’s population has yet to receive a single dose of COVID-19 vaccine, including a shocking 83 per cent of all Africans, said the head of the World Health Organization (WHO) on Wednesday.