In the first year of the COVID-19 pandemic, global rates of anxiety and depression increased by a massive 25 per cent, the World Health Organization (WHO) said on Wednesday.

Findings in the UN health agency’s new report suggest that the greatest deterioration in mental health took place in the areas worst-hit by COVID-19 -where infections were high and social interaction was restricted.

“The information we have now about the impact of COVID-19 on the world’s mental health is just the tip of the iceberg,” said Tedros Adhanom Ghebreyesus, WHO Director-General.

Calling it a “wake-up call to all countries to pay more attention to mental health and do a better job of supporting their populations’ mental health”, Tedros told journalists in Geneva that “the effects of the pandemic go far beyond the death and disease caused by the virus itself.”

The scientific brief released on Wednesday also highlights who has been most affected and summarizes the impact of the pandemic on the availability of mental health services and how this changed during the first 12 months of the pandemic.

Highlighting those concerns about potential increases in mental health conditions had already prompted 90 per cent of countries surveyed, to include mental health and psychosocial support in their COVID-19 response plans. But WHO said that major gaps and concerns remain.

Citing the unprecedented stress caused by social isolation as a major explanation for the increase, WHO said that loneliness, suffering and deaths in the family, grief after bereavement together with financial worries, were also major factors fuelling anxiety and depression.

Among health workers, exhaustion has been a major trigger prompting suicidal thoughts, the report states.

Women and youth most affected

It also outlines that people with pre-existing physical health conditions, such as asthma, cancer, and heart disease, were more likely to develop symptoms of mental disorders.

“This increase in the prevalence of mental health problems coincided with severe disruptions to mental health services, and underscored chronic underinvestment in mental health, leaving huge gaps in care for those who need it most”, Tedros said in his remarks on the report.

Reminding that by the end of last year, some services had been restored, he added that too many people still remain unable to get the care and support they need.

WHO has been working with partners to lead an inter-agency response to the mental health impacts of COVID-19, by providing guidance, tools and resources for responders and the general public, and by supporting countries to integrate mental health and psychosocial services.

According to the UN health agency, many people have sought support online, signalling an urgent need to make reliable and effective digital tools available and easily accessible.

However, developing and deploying digital interventions remains a major challenge in resource-limited countries and settings.

The UN agency’s most recent Mental Health Atlas showed that in 2020, governments worldwide spent on average just over two per cent of their health budgets on mental health. Many low-income countries reported having fewer than one mental health worker per 100,000 people, leading WHO to call for a major global step up in investment.

“While the pandemic has generated interest in and concern for mental health, it has also revealed historical under-investment in mental health services. Countries must act urgently to ensure that mental health support is available to all”, concluded Dévora Kestel, WHO’s Director of the Department of Mental Health and Substance Use. 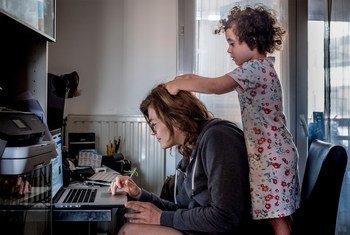 Teleworking during COVID: Risks, benefits and steps to a ‘new normal’ 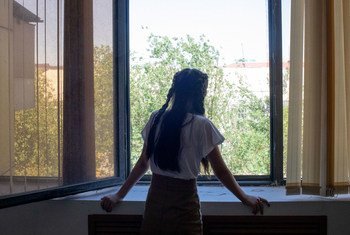 At a time when the COVID-19 pandemic is highlighting a growing need for mental health support, there has been a worldwide failure to provide people with the services they need, a report by the World Health Organization (WHO) has concluded.