© UNICEF/Francesco Spighi / The Florentine
A lone pedestrian in Piazza Del Duomo, a space normally crowded with thousands of visitors..

The head of the World Health Organization (WHO) has warned against complacency as countries continue to confront COVID-19 and citizens grow weary of stay-at-home measures aimed at preventing the spread of the disease.

Speaking on Wednesday, WHO chief Tedros Adhanom Ghebreyesus reported that most countries are still in the very early stages of their epidemics, while some that had been affected earlier are now starting to see a resurgence in cases.

“Make no mistake: we have a long way to go. This virus will be with us for a long time”, he stated.

While most of the epidemics in Western Europe appear to be stable or declining, “worrying upward trends” are visible in Africa, Central America, South America and Eastern Europe, despite low case numbers.

"There’s no question that #StayHome orders and other physical distancing measures have successfully suppressed transmission in many countries.But this virus remains extremely dangerous"-@DrTedros #COVID19

Tedros told journalists that although lockdowns and physical distancing have helped suppress transmission in many countries, the virus remains “extremely dangerous”.

Most of the global population continues to be highly susceptible, which means epidemics can easily re-ignite.

Tired of being home

“One of the greatest dangers we face now is complacency. People in countries with stay-at-home orders are understandably frustrated with being confined to their homes for weeks on end”, he said.

“People understandably want to get on with their lives, because their lives and livelihoods are at stake. That’s what WHO wants too. And that’s what we are working for, all day, every day.”

However, Tedros said moving forward will have to mean accepting “a new normal”, and forging a world that is healthier, safer and better prepared.

He underlined the six public health measures WHO has been advocating since the pandemic started, which centre around detection, isolation, testing, treatment and quarantine

The last step involves educating and empowering the public.

“Countries that don’t do these six central things, and do them consistently, will see more cases, and more lives will be lost”, said Tedros.

Telecommunications companies across the world are being encouraged to support a WHO initiative to provide COVID-19 information via mobile text messages, announced earlier this week in conjunction with sister UN agency, the International Telecommunication Union (ITU).

The goal is to help reach the half of the global population that lacks internet access, starting in the Asia-Pacific region before a global rollout.

“We also issued a call with the World Trade Organization, calling on countries to ensure the normal cross-border flow of vital medical supplies and other goods and services, and to resolve unnecessary disruptions to global supply chains”, Tedros further reported.

“We need to ensure these products reach those in need quickly, and we emphasize the importance of regulatory cooperation and international standards.”

In addition to fighting the new coronavirus disease, WHO is also working to stamp out related stigma and discrimination.

There have been “disturbing reports” about COVID-19 discrimination in many countries, and in all regions, according to Tedros.

“Stigma and discrimination are never acceptable anywhere at anytime, and must be fought in all countries”, he said, adding, “as I have said many times, this is a time for solidarity, not stigma”.

Strain on the brain

The UN agency has also been addressing the pandemic’s impact on mental health.

WHO has produced technical guidance for individuals and health workers, who are under enormous strain at this time.

Meanwhile, a free children’s book about COVID-19, which the agency recently launched, is being used among Rohingya refugee children in Bangladesh, and children in Syria, Yemen, Iraq, Greece and Nigeria.

WHO has also received requests to translate the book into more than 100 languages.

The book, My Hero is You: How kids can fight COVID-19, uses a fantasy creature called Ario who explains how children can not only protect themselves from the disease but also how to manage difficult emotions that may arise as a result of the pandemic. 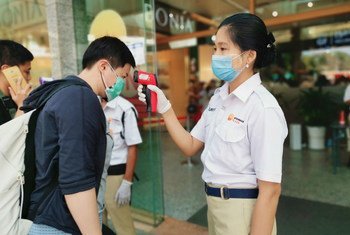 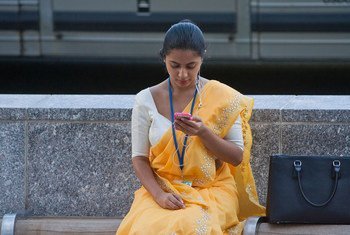 The latest generation of fast broadband, commonly known as 5G, is in no way responsible for the spread of the COVID-19 virus, the International Telecommunications Union (ITU) – the UN’s agency for information and communication technologies – confirmed on Wednesday.