ILO/Marcel Crozet
The production floor of an apparel exporting factory in Bangladesh.

Global trade reached a record high in 2021, but it is expected to slow this year for many reasons including continuing delays in global supply chains, UN economists said on Thursday.

Good news... 🌍 global trade is up. It reached a record $28.5 trillion in 2021, @UNCTAD’s new Global Trade Update says, an increase of ±13% relative to pre-pandemic levels.But trade growth in 2022 is still likely to be lower than expected. Explore why: https://t.co/ocgVh5Zpju pic.twitter.com/TxkJqCsa5g

Announcing that worldwide commerce amounted to around $28.5 trillion last year, the UN Conference on Trade and Development (UNCTAD) explained that this represented an increase of almost 13 per cent compared to the pre-pandemic level of 2019.

“The positive trend for international trade in 2021 was largely the result of increases in commodity prices, subsiding pandemic restrictions and a strong recovery in demand due to economic stimulus packages,” UNCTAD said, in its Global Trade Update 2022.

Significantly, the UN body pointed to data showing that trade in services finally returned to its pre-pandemic levels in the fourth quarter (Q4) of 2021, while trade in goods remained strong, increasing by almost $200 billion, to about $5.8 trillion, a new record.

UNCTAD – which offers technical advice to developing countries to access the globalized economy – also noted that poorer nations’ exports outpaced their richer counterparts in the last quarter of 2021, compared with Q4 2020 (by 30 per cent versus 15 per cent).

Regionally, trade growth in the last quarter of 2021 remained very strong across all geographic regions, UNCTAD said, although it was lower in Europe, North America and east Asia. Commodity-exporting regions fared better, as commodity prices increased.

Unsplash/Bernd Dittrich
Automated guided vehicles carry shipping containers at a port in Rotterdam in the Netherlands.

Turning to this year’s outlook and the reasons why it is set to see less growth than in 2021, the UN body said that last year’s economic drivers were likely to “abate”.

This means that “trade growth will continue to slow during Q1 2022” and then “normalize during 2022”, UNCTAD said, before pointing to “persistent inflation” in the US and “concerns” over China’s real estate sector.

Global supply chains – one of the key elements of the worldwide trade puzzle - will also continue to face negative pressures created by the COVID-19 pandemic, UNCTAD continued.

This is despite efforts by shipping companies to improve reliability and risk management, amid semiconductor shortages and rising energy prices that have contributed to supply shortages and “spiralling” maritime transport costs.

It entered into force on 1 January this year, and it could significantly increase trade between members, “diverting trade from non-member countries”, UNCTAD said, adding that other regional commerce initiatives such as the African Continental Free Trade Area could produce a similar result.

Increasing demand for commodities that can support greener energy alternatives – such as cobalt, lithium, and rare earth metals – is also likely to be reflected in global trade this year, UNCTAD added, while highly indebted governments may have to make hard trade choices if rising interest rates force them to pay more to ship goods from A to B. 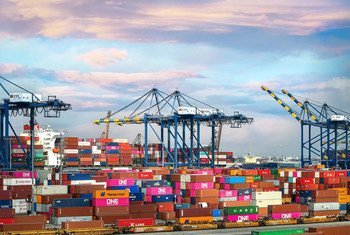 Global trade is expected to be worth about $28 trillion this year - an increase of 23 per cent compared with 2020 - but the outlook for 2022 remains very uncertain, UN economists said on Tuesday. 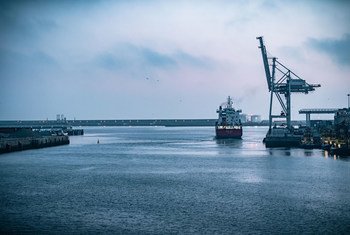 Although the COVID-19 pandemic’s impact on maritime trade last year was less severe than expected, the knock-on effects will be far reaching and could transform the sector, the UN trade and development body, UNCTAD, said in its latest report, published on Thursday.